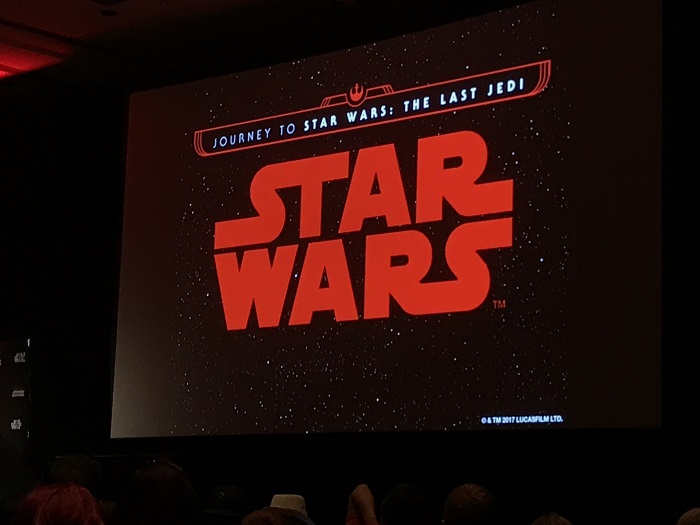 There used to be a predictable pattern to Star Wars publishing and Star Wars Celebration. Big announcements and other book news would invariably occur at the Del Rey panel for books, and the Dark Horse or Marvel panel for comics. I’ve been to five Celebrations, and the pattern always held. I always attended the book panels as a matter of principle, but they were also where the big publishing announcements were made. Even before I wrote for this site and officially covered Celebration, I’d always “cover” the panels and give the news to whatever fandom spaces I was occupying at the time (from message boards to social media). Things are a little different now.

Some people have observed — and some with dissatisfaction — that we’re getting book announcements outside of Celebration (such as how the Certain Point of View/”Operation Blue Milk” project was announced prior to Celebration), or that the Del Rey panel didn’t have the slew of new book announcements that it would traditionally end with. There has certainly been a change, and I’m not qualified to render any judgment about marketing or publishing, but I do have to say that change isn’t necessarily bad. It’s perhaps harder to cover these events, and there’s certainly no longer a one-stop-shop for announcements, but I came out of this Celebration thinking that the future was brighter for Star Wars publishing, and I don’t just mean in terms of the great titles that were announced by Del Rey and Disney-Lucasfilm Press.

There’s also Battlefront, a panel I attended with no expectations of anything other than good-looking pew pew. But I came out of it marveling at the payoff of almost two years of cross-medium storytelling between Del Rey, Disney-Lucasfilm, and Marvel. I’m hoping that this is just the tip of the iceberg and we have more such partnerships to come, but even if it ends up being a one-time thing, it was still a pretty great moment. So I’m going to talk about the panels I attended and what impressions I got for Star Wars publishing going forward. Sadly, this year I didn’t get the chance to attend the Marvel panel nor did I get a chance to attend the Hasbro panel, but I’d be remiss if I didn’t discuss them too.

Instead of the old way of announcing new titles and authors at the Del Rey Books panel, we’re starting to see announcements being made via social media or at other events throughout Celebration. I’m not equipped to discuss the marketing virtues of that, but I’m happy to discuss the virtues or vices of doing so as it comes to being a fan. There’s a very simple pro/con list we can run through here, and then we can get to a more interesting discussion of how Star Wars publishing news is being parceled out at the con.

Whether I’m attending Celebration or following along online, there is a certain ease to having all the book news come at once. I know when to follow along, I know what to attend, and everything is presented in a neat package. Parceling news out amongst different panels can limit the news value of the main books panel, and it can make it hard to know when I need to attend a panel, watch a livestream, or follow along on Twitter. Following Celebration from home, ETE editor Mike Cooper experienced the same issue. “I had Good Friday off so I barely had to move from my computer that day,” he shared with me recently, “to say nothing of truly unplugging and leaving the house. Yet the one time I did tune it out for a couple hours while I went out to dinner with a friend, they announced basically everything — both Phasma stories, the YA Luke and Leia books, and so on. Not that I’d have canceled dinner, of course — but who knew the Lucasfilm Publishing panel would end up being the one with all the news?”

Additionally, announcing news ahead of time or after the fact seems to limit the “specialness” of the con event. But on the other hand, spreading the news out means that we don’t have to artificially wait for a con to get information and it means there are other opportunities to get news. That’s the basic analysis, and there are important considerations either way. But what does the absence of the big announcement panels really mean?

Well, for one thing, it actually means the main books panel can be a little more interesting. That sounds counter-intuitive, so I’ll explain. I don’t really go to Celebrations for news — I’m dying to hear news, of course, but that’s not why I attend. I go for interesting content and to experience things with fellow fans. So by spreading news out, the main books and comics panels can be something more interesting than a power point display of upcoming and current titles (and let’s be honest, there was always more of a focus on the current titles anyway). 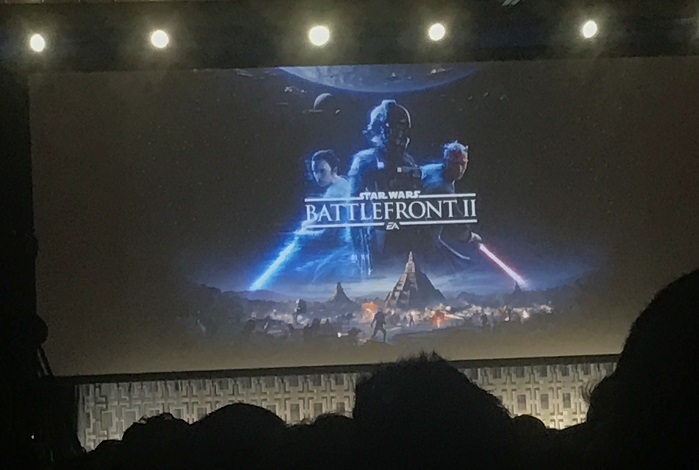 There were two books panels and a comics panel this time around. And while I missed Marvel, I think both the Lucasfilm Publishing Q&A (which did feature the significant Journey To The Last Jedi announcements) and the Del Rey Books panel benefited from the new arrangements. The latter had more room to breathe, and it became a great roundtable discussion between the authors. The moderator, Elizabeth Schaefer, caveated at the beginning that we should not expect any announcements at the Del Rey panel and to be quite honest, I think I was happy that we didn’t need to spend time on those. We had some great panelists and great discussions. The LFL Publishing panel did have plenty of news (which I’ll discuss below), but that was actually a surprise. The panel was only ever described as a roundtable discussion with panelists representing each SW publisher: Del Rey, Marvel, and Disney-Lucasfilm Press. Michael Siglain and Jen Heddle led a discussion with questions partially collected from fans, and the announcements came at the end as a surprise. And the surprises continued with the Battlefront panel, which I’ll more fully discuss later.

But while it was somewhat of a surprise to get news announcements at the end of the Lucasfilm Publishing panel, it was thoroughly surprising to get a book cover reveal and video game story synergy announced at a video game panel that occurred after the main books panels. And the greatest surprise of all was when Christie Golden walked onto the stage for Battlefront. I think the only comparable Celebration surprise I can think of was when they had Timothy Zahn appear on stage to announce his Thrawn novel at the last Celebration Europe, but I wasn’t there and didn’t get to experience that surprise in real time. Not that surprises should be the model going forward: if the true point of a Celebration panel isn’t news announcements, it certainly shouldn’t be unexpected reveals, either. My real point here is that there were multiple solid, good reasons behind why the main books and comics panels didn’t feature the big announcements they did in the past and these changes certainly enhanced my experience of the convention and my engagement with that news. I’m sure not everyone will agree, just as not everyone will agree with my saying that news isn’t the main point of a con. But change can be good and bad and in this case, the model used at Celebration Orlando 2017 for publishing announcements was a good one.

Doing things differently can be jarring, especially when there’s no indication that there’s going to be a change. I think the biggest frustration I would’ve had — if I hadn’t gone to all these panels — is not knowing until the start of the Del Rey panel that there wouldn’t be announcements in that panel. It’s not that there’s any entitlement or expectation there, but I think that people may have relied on past patterns to decide how they consumed convention news.

But other than that, I think the new way the announcements went out — over time and tied and connected to other media — was a better, more enjoyable experience in the long run. I don’t go to conventions solely for news anyway — I’m in it for the experience, and for friends — and tying news and announcements into the experience can only be a good thing.

Speaking of good things, what about those announcements? Well, I have a lot of thoughts about those, so let’s save that for its own article on Monday…