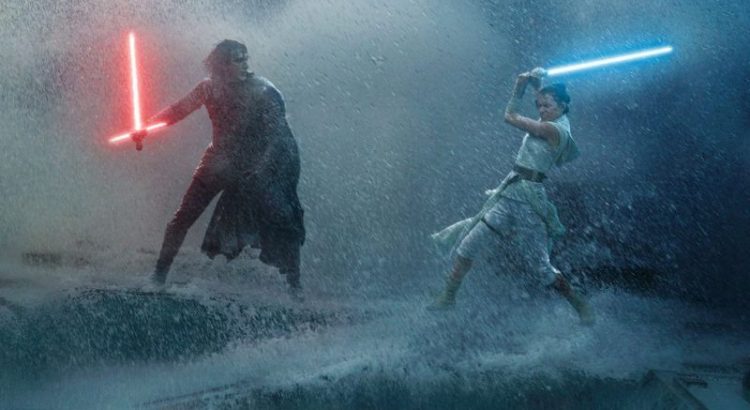 I did not know where they were going, but a single end result seemed to loom large in my mind: Rey would become an emotional crutch for Kylo, and so he would be redeemed. And I would be expected to cheer at her sacrifice.

– Me, “I Didn’t Take You For a Coward – An Emotional Response to the Last Jedi”

Before we get to the kiss, we need to go back to the turning point for Ben Solo: the Endor duel. Up to and through this point, Rey opposed him at every moment. She makes no excuses for Ben’s actions. She protects her boundaries fiercely. When she turned around and saved his life, it was on her terms. She didn’t capitulate because Ben wore her down – the inevitability I feared in The Last Jedi – but because she chose to act as a Jedi, showing compassion even to a persistent tormentor.

To me, Rey’s line of “I did want to take your hand: Ben Solo’s hand” doesn’t speak of romance but of Jedihood. In the audio commentary of “Twin Suns”, Dave Filoni says that Obi-Wan didn’t want to fight Maul on Tatooine; he wanted to see that Maul had changed. When it was clear that Maul hadn’t, Obi-Wan takes his stand, which still has room for compassion. In healing Ben, Rey demonstrates that same compassion – in defiance of her dark side – without absolving Ben of his actions. He chose to become the Supreme Leader, he has been assaulting her physically and emotionally, and therefore, whatever he doesn’t like about their current relationship is on him.

In no moment is Rey an emotional crutch to Ben. She refuses to be. By her refusal to accommodate his emotional demands at her expense, he is forced to change if he wants any connection with her.

To be clear, I don’t buy that he’d done enough to demonstrate that he’d earned it. After all, Ben had been gentle and saved her life before, only to flip back around to calling her “nothing” and leaving her friends to die. But that was a hell of a lot more accountability than I was expecting the filmmakers to demand of him.

If my lack of hatred comes from the context of The Last Jedi and Rebels, my bafflement comes from the movie itself. If the end goal of The Rise of Skywalker was truly Rey and Ben as a romantic couple, why does it double-down on Ben’s torments of Rey before she heals him on Endor? Subtext open for interpretation from The Last Jedi becomes text as she screams at him through tears, “I don’t want this!” Others have talked more in-depth on the parallels to abuse, and I think I too would be more angry at this decision if I wasn’t further baffled by the fact that the kiss is immediately brushed aside upon his death.

Rey displays no sorrow at his passing as she returns to the Resistance base to embrace Finn and Poe. Instead, there is joy at seeing BB-8 and fierce relief in seeing her friends alive. On Tatooine, she sees only the Force ghosts of Luke and Leia as she claims the Skywalker name, emphasizing that her claim is not through marriage but adoption. Everything in the denouement of the movie focuses on her finding familial love, the siblings and the parents she chooses. Any romance she may have found is just forgotten. It’s arguable that Ben’s presence might have been more strongly felt through the ending if he and Rey had shared a warm embrace instead, paralleling the lingering one between her, Finn, and Poe.

To be clear, it’s no skin off my nose personally that Ben’s influence on Rey’s life is downplayed; I’ve never interpreted her as attracted to him, and I prefer the relationships she has with her fellow Resistance heroes. But for the movie itself to back off from the kiss like D-O’s “N-no, no thank you” has me wondering why it was even included in the first place.

Here is where my anger comes in. Back when Abrams teased D’Acy’s representation and informed us that we were not getting a romance between Finn and Poe, he described their relationship as such:

While the hurt felt in the LGBTQIA+ community at this will always be valid, as aromantic myself, there was a relief I felt in reading Abrams’s statement. When another Star Wars creative said that The Last Jedi connection between Rey and Kylo wasn’t romance, but romance was the closest analogue that we had to it, I felt that blow in my chest. Too often aromantic individuals are painted as incapable of intimacy because they don’t experience love in exactly one way prescribed by society. Abrams’s description of a deep intimacy without romance spoke exactly to my experiences and my desires as a human being.

Which then raises the question: why can the love between two men be portrayed as deeply intimate without any explicitly romantic displays, but the same intimacy between a man and a woman must be sealed with a kiss?

Soundbites about the decentralization of romance become incredibly hollow when it’s only the marginalized communities that take the hit. Context matters.

As an audience, we are all responsible for recognizing the context we bring to our viewing experience. I personally bring my aromanticism, asexuality, bygone toxic friendship, and obsession with “Twin Suns” (along with the lenses of cis, white, and woman). I need to keep all of these in mind as I react to other people’s opinions, because my context is not the same as theirs. Some people are a lot more angry at the kiss between Ben and Rey because it reminds them of how abusers are rewarded. I need to be compassionate towards that, even if I don’t share their anger.

However, our awareness of our own context does not absolve the filmmakers of their responsibility either. They are not just responsible for being aware of context; they create it. They choose – intentionally or unintentionally – which context they are contributing to. I don’t hate the context Abrams and his team created in The Rise of Skywalker, but boy, I’m certainly having a heck of a time processing it.

2 thoughts to “Context Matters, or, Why I Didn’t Hate That One Thing in The Rise of Skywalker That I Was Expecting to Hate”