Balance Point – The most cleverly titled book of the series had no balance and no point. – @DarthRelaxus

Recovery [1]eBook – “Oh, yeah, Leia wasn’t crippled after all . . . we should probably make up some kind of explanation for that.” – @Havac

Edge of Victory: Conquest – Greg Keyes initiates the Great NJO Purge of all things KJA by killing Dorsk 82 and, more importantly, making it so that there can never any stories set in the Jedi Academy on Yavin IV ever again. – @Todd the Jedi 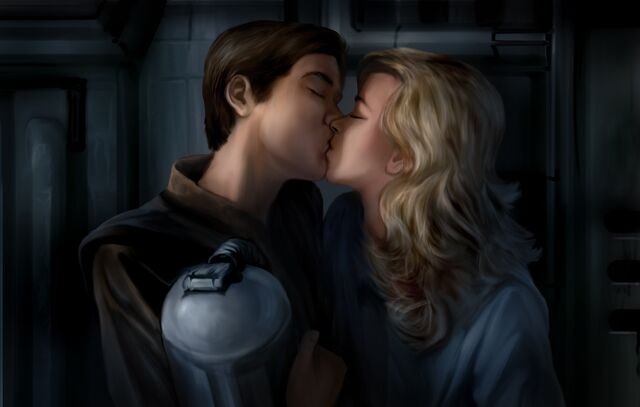 Edge of Victory: Rebirth – Jaina slaps Kyp, Tahiri and Anakin finally kiss, and Luke’s and Mara’s son is born… if it were not for Onimi and Nen Yim quarreling on a dying worldship, this could so be a romantic comedy. – @cthugha

Star By Star – “Keep fighting until you can fight no longer, then exhaust the enemy chasing you, and turn and fight some more.” – @AdmiralNick22

Dark Journey – My name is Jaina Solo, you killed my brother, prepare to die. – @mnjedi

Enemy Lines: Rebel Dream – Adventures abound as Han and Leia run a mobile babysitting service, Sharr and Piggy help Jaina get her goddess on, Jag almost gets vaped by a few squadrons of coralskippers and gets a kiss as a reward, Kyp tells a Vong interdictor to go suck itself, Lando gives Luke, Mara, “Aunt” Tahiri and a merry band of Wraiths a ride to Vong-infested Coruscant… all while Wedge plays Pwoe like a well tuned [insert your favorite Star-Wars-y instrument here], sets up a rebellion against the government that used to be called the Rebellion, and holds a Vong-roast, Lusankya-style. – @Jags_Scoundrel

Enemy Lines: Rebel Stand – The Yuuzhan Vong argue over whether the approaching Lusankya is 8km, 12.8km or 19km until the debate no longer matters. – @Nobody145

Traitor – You shall not pass . . . through the NJO without reading this book. – @GrandAdmiralJello 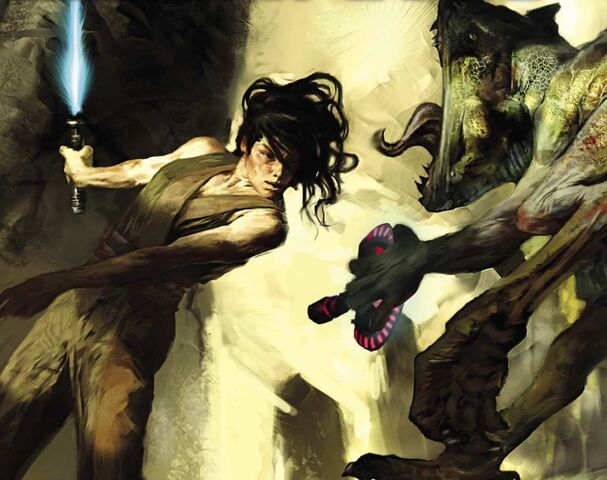 Force Heretic: Remnant – Nom Anor sits in a corner being repetitively amazing; Luke, Mara, Jacen, Saba, and Danni start visiting interesting places in the most boring ways possible; and every single other character they couldn’t fit aboard the Jade Shadow goes off on the Bantam’s Most Marginal Hits Tour. – @Havac

Force Heretic: Reunion – A lost world found, a lost mind recovered, a lost honor lost further and a loss of interest by the reader. – @tal0nkarrde

The Final Prophecy – A priest, scientist and opportunistic skeptic go to a living planet, where the priest’s faith is shattered, the scientist’s laws of reality are turned upside down and the skeptic shrugs and tries to destroy the planet for his own benefit. – @Nobody145

The Unifying Force – The novel that brought Kyle Katarn to the Yuuzhan Vong War and thus the war and series ended. – @GrandMasterKatarn

Betrayal – The title describes its relationship with the NJO. – @Havac

Bloodlines – The last book in which we bother with the idea that Jacen’s fall might be that of a tragic hero and not a cartoon villain, plus we get the setup to an awesome Boba Fett-Sith Jacen feud that could let Jacen kill Boba Fett and Boba go out in style and establish Jacen as a badass villain . . . but it doesn’t actually happen. – @Havac

Tempest – Jacen Solo had other commitments and had to bow out of the series; Dick Dastardly has now been cast to replace him. – @Havac

Sacrifice – “Hi, I’m Ben Skywalker and I just found out my cousin is associating with a Sith and is probably one himself, so I’m going to tell my Mom and absolutely no one else in the Jedi Order, including my father and she’s not going to tell anyone in the Jedi Order and get herself killed and I’ll somehow not put two and two together and realize my cousin killed my mom.” – @Point Given 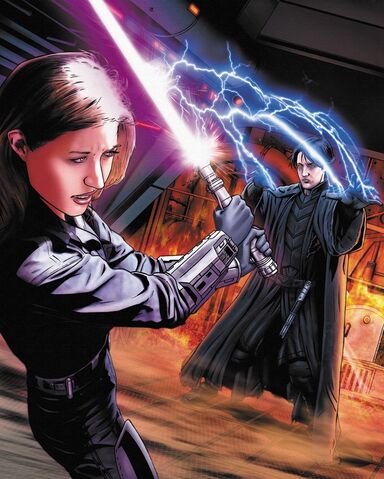 Inferno – Luke ends up taking a leaf out of Obi Wan’s book and refuses to kill a Sith lying broken at his feet, thereby costing the lives of millions of beings. – @Point Given

Fury – Thanks to Lando, we learn that 71 is never too old to start having kids. – @Todd the Jedi

Relevation – Maw Fleet space ships, striking from their hidden base, have won Daala’s first victory ever documented in the EU. – @AdmiralNick22

Invincible – You’d think Jacen being killed by Jaina would be the most awful thing in a novel, but shortly after that all hopes for the post NJO novels die with four words- Chief of State Daala. – @Nobody145

Crosscurrent – A Jedi from the past travels through time to fight a Sith from the past, where he meets a Jedi from now who’s going to a creepy moon, they look at each other, say, “Well, that’s certainly interesting,” and then separately continue along their respective plots like nothing ever happened, completely invalidating the entire point of a time-travel story. – @Havac

Millennium Falcon – James Luceno shows how post-NJO stories are done with a fun one-off adventure that draws from prior EU and treats LOTF with a combination of actual emotional resonance, mockery, and as much ignoring as possible. – @Havac

Legacy [2]comic series, first volume – Gar Stazi’s forces, striking from their hidden base, liberate the galaxy and avenge the loss of the greatest EU character ever, Admiral Nict, while some dude named Cade, a Freaking Sweet Hat, and Imperials with white streaked hair have side adventures. – @AdmiralNick22

Bib Fortuna and the Rise of the Dark Falls [3]nonexistent story—see links in entry – A truly magnificent ode to the indomitability of the Twi’lek spirit, contained within an epic saga of crime and justice, depicting the search for knowledge we all carry in our hearts and calling us to better our world, all in the masterful prose of that soulful savant, Derek J. Reda. – @Havac

Note that one of the very few substantial gaps in the Pithy Companion is the Fate of the Jedi series, set shortly after Millennium Falcon. I’ll continue to update all three volumes here as new winning entries become available, but exactly which books come along when is now in the capable hands of @instantdeath. To check out the list of “winners” for the first year—or to join in on the fun yourself—be sure to check out the ongoing One Sentence or Less thread. Thanks again to everyone for reading, and special thanks to readers of the thread for contributing some great entries!

PS – I apologize for Rise of the Dark Falls. Blame Jay.