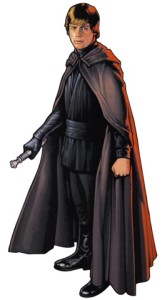 I had a bit of a quandary this month. Eleven-ThirtyEight is only a couple weeks away from its six-month anniversary, and our writing staff has done such a great job of keeping up with our schedule and maintaining a great level of article quality that I decided they’d earned the week of Christmas off. I figured at the time that there wouldn’t be much harm in just letting the site sit still over the holidays, and resuming our usual publishing schedule on the 30th.

Then Reddit discovered us. Since December 1st, we’ve had an amazing run of three or four viral “events” (epidemics?) in less than two weeks, boosting our regular traffic such that if you’re reading this post, there’s roughly a fifty/fifty chance you’d never been here before this month.

Which reminds me: hi, everybody!

So anyway, two things followed from that—one, if you just discovered ETE in the last couple weeks, the last thing we want to do is abandon you for a week just when you’ve decided this is a place worth keeping an eye on. The second thing is, you probably still haven’t seen the overwhelming majority of the content on this site.

As such, we’ll be running a five-part series this whole week called Second Look. Ever see a long-running TV show do a marathon on Thanksgiving or Christmas Day, but with new interstitial bits between the episodes to keep your attention? This’ll be kinda like that. I’ve gone back through our archives and picked out five articles and/or series that I think are the real cream of ETE’s crop, and I’m going to give them another chance in the limelight. So if you’re curious about our wares, but wary of the archives, stay tuned! First up…

Episode VII and the Death of Luke Skywalker

On August 19, Lisa Schap presented one of our first pieces looking ahead to Episode VII. The sequel trilogy, Lisa felt, needed to open with a major character death akin to Obi-Wan Kenobi’s in A New Hope. Not only would such a thing drive home the stakes of the film’s new threat, but it would force the new generation of main characters to step to the plate themselves:

“They’ll need the freedom to get into their own sorts of trouble and I firmly believe one of the failings of the Expanded Universe in developing new Jedi is that Luke Skywalker is always there looming over the characters and it is difficult to believe, in universe, that the most powerful man in the galaxy wouldn’t go deal with the problem himself.”