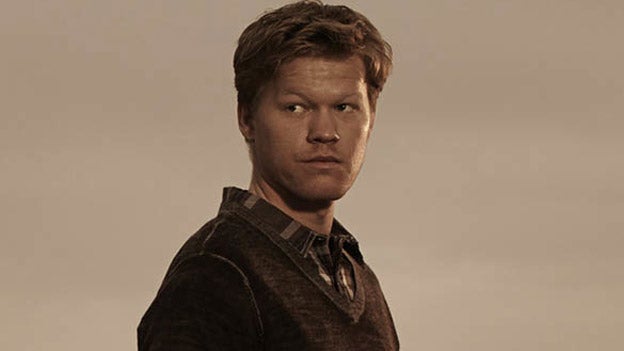 By and large, I’m perfectly content to let Episode VII rumors come and go without comment. They can be interesting, and I don’t begrudge anyone choosing to cover them, I just think that there’s rarely much to be gained from spending one’s column inches picking apart developments about which we’re drastically underinformed, and that may or may not even be true to begin with.

But a certain image of the sequel’s development has been coming together over the last couple months that I think could make for an instructive thought experiment—meaning, even if every assumption I’m about to make is incorrect, my point can still stand. So keep in mind that this article isn’t an endorsement of any particular rumors, it’s just that—a thought experiment.

Let’s start, naturally, with the all-father: George Lucas. The original treatment for the Sequel Trilogy, and Episode VII in particular, was written by him, likely years ago, and was included in Star Wars’ four-billion-and-change purchase price. Kathleen Kennedy then brought Michael Arndt on board to write a screenplay based on that treatment. That much we know for sure.

A couple months later, JJ Abrams (I refuse to type the periods) is hired as director, and six months or so of pre-production commences. This is where details get unreliable, and one must start making assumptions—I’m going to keep a matter-of-fact tone with this, but consider yourself advised. As the fall of 2013 unfolds, a rift has developed between Arndt’s vision of the film (read: Lucas’) and Abrams’. Eventually, this lack of a clear direction leads to the film’s release date being “bumped” from the presumptive May 2015 back to December—and around the same time, to Arndt hitting the road and Abrams and Lawrence Kasdan taking over scriptwriting duties.

Conflicting reports of this change emerge—some characterize Arndt’s work as largely done, with Abrams and Kasdan just doing a polish to prepare the script for filming, while others suggest a page-one rewrite, despite all those months of pre-production already under their belts. It’s reasonable to suspect, then, that the Abrams/Kasdan rewrite would mostly deal with context and character, while the key set pieces—the stuff that requires more pre-production—would stay intact. Whether or not that’s a fair assumption, we do know that Abrams just this past weekend confirmed the script’s completion, almost three months after Arndt left the project, and twelve weeks seems like a lot of time for a mere polish.

While the rewrite was going on, further details emerged regarding the change—one being that Arndt (read: Lucas) had focused more on the “next generation” characters and less on the Big Three, and another being that one new character, while still present, had gone from age 20 to 40. If you look at it a certain way, these two things fit nicely together: if the movie was set in, say, 20 ABY (20 years after the Battle of Yavin), you’d be hard-pressed to use the 2014 versions of Carrie Fisher, Mark Hamill, or even Harrison Ford in more than cameo roles without them seeming to have aged excessively. Scuttlebutt lately is that Hamill could end up shooting for as much as six months on VII 2.0, which suggests to me that the 20-year jump in that one character’s age isn’t just about that one character, but about the timeframe of the entire movie—to a much more Hamillable 40, or even 50, ABY. In real life, of course, the actors have only aged thirty years, but as they say in Star Wars, 60 is the new 40.

This is where the Expanded Universe comes in. What I am proposing in this thought experiment is that the writer switch was done—in part—to facilitate the salvaging of the EU.

Point One: George Lucas. For all the assumptions people have been making about Disney’s attitude toward the EU, we don’t really know how they feel about it—but we know exactly how George feels. From the beginning, it’s been my feeling that the single worst harbinger of the end of inclusive continuity was the Lucas treatment, which I would bet on my life made no effort to allow for Mara Jade, and would gladly have trampled right through the middle of the existing ABY material if he so desired. As much as I respect Michael Arndt as a screenwriter, his work being downplayed would mean Lucas being downplayed, and I’m okay with that.

Point Two: Leland Chee. No matter what happens, the fact that Chee, the “Keeper of the Holocron”, is a part of the Story Group—hell, that he still has a job at all—speaks volumes to me about Disney/LFL’s desire to capitalize as best they can on the wealth of existing material (and not for nothing, but Lucas and Kennedy did say just that on D-Day). The same goes for Pablo Hidalgo, though he did at least have a longstanding PR role that could’ve spared him in the event of a total EU holocaust. “As best they can” is a pretty broad term, of course, but again—I’m comparing them to George here. For all the grains of salt I’m heaping onto this piece, the one thing I will gladly declare with conviction is that some parts of the EU will survive, and be present, in the ST, if only because context costs money. No one—not even George—is going to sit down and invent a new name for Ithorians just to be a dick.

Point Three: The Solo children. Along with the rumors about characters becoming older and bigger roles for the Big Three, one source claimed that Arndt’s draft focused more on the Solo offspring while the Abrams revision focuses more on the Skywalker offspring. The Solo kids’ stories have been told literally to death by the EU, so even if you kept the names and ages it would be almost impossible to tell an ST story about them as young adults (say, I dunno, 20) that didn’t throw out a chunk of the EU. Ben Skywalker, on the other hand, is only 17 or so in his latest appearance, so making him the 20-ish lead character (supported by older cousin Jaina, who’d be, oh, let’s say 40) both sidesteps a huge raft of EU problems and gives the ST a fresh face with a recognizeable name—two recognizeable names, in fact. Which brings me to… 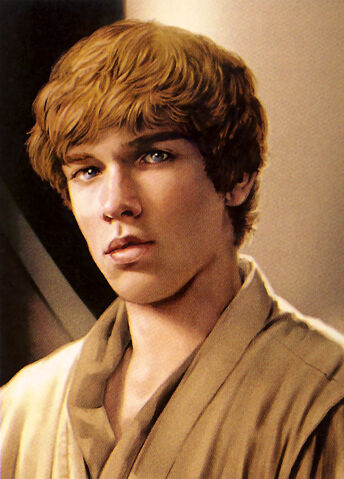 Point Four: Jesse Plemons. I have to admit, as a Breaking Bad acolyte, my own gut reaction to the Plemons rumor was not entirely positive. But not only am I warming up to him as an actor and man-who-doesn’t-actually-kill-children, you have to admit that he’s a dead ringer—not so much for Hamill, I think, but definitely for that kid on the Fate of the Jedi covers. He’s even got a tinge of red to his hair. Granted, him playing Luke’s son doesn’t mean anything on its own where the EU is concerned, but remember what I said about context being expensive? If you want to do the Son of Skywalker, you have to at least account for the Wife of Skywalker, and even if 90% of fans don’t care about the conveniently-dead Mara Jade, I’m starting to wonder if they’d just as soon work with what they’ve got rather than needlessly alienate that other ten percent.

This “best-case scenario” may seem like a flight of fancy to many of you, and I’m certainly not going to argue. I’m not here, you see, to praise the EU, but to bury it. I’m here to say that I’ve decided to embrace a new timeline no matter what.

Because even if everything I’ve laid out is spot-on, even if Kennedy and friends are earnestly trying their best to keep as much existing material as they can, they simply cannot keep all of it—even in that best-case scenario.

Take, for example, the other rumor floating around; the one where Boba Fett gets his own spinoff film only to be killed in the beginning and replaced with another guy. Diversity concerns notwithstanding, that’s not the worst idea ever, and while they could set it in 50 ABY and stick Temuera Morrison in old-age makeup, part of me isn’t sure they’d bother—having your new protagonist take down an 80-year-old man is hardly the most compelling way to kick off the story, and I’m still realistic enough to believe that story concerns like that will trump continuity more often than not.

No, the more I think about it, the more I’m inclined to say we’re living in Canon 2.0 from now on—or really, living there already. One only needs to look back at The Clone Wars (or what you might call the worst-case scenario, since George was still around to wreak havoc) for the kind of thing I’m talking about. The gang at TFN Literature and I once spent two months or so proving that even TCW’s worst contradictions were ultimately fixable, and that may yet hold true for the sequels, but frankly, I just don’t think I have the energy anymore.

The Disney Era of Star Wars storytelling is just that—a new era. So from now on, I’m going to spare myself the stress and treat everything from TCW on as the “current” continuity (or Ultimate Star Wars, if you prefer). If Ben shows up, great, that’s a win. If the Thrawn Trilogy and the Vong invasion still happened, even better. And if Chewbacca’s still alive, or a stray line of dialogue makes Jaina five years too young? I’ll be ready for it.

At the end of the day, I’m a pragmatic guy, and I’d rather just get over the one-continuity thing now, so I can spend the next several years rejoicing for everything that survives, rather than mourning everything that doesn’t—be it 90/10 or 10/90. It’s just healthier that way, don’t you think?

11 thoughts to “JJ Abrams, Jesse Plemons, and the Best-Case Scenario”