Of course, all of this is speculative and uninformed, since as of the writing of this article, the show is still several months away from airing. We know almost nothing about what the plot or arc of the show will be, and nothing about any of the cast aside from three character profiles and leaked pictures of toys. All we know for sure is who will be working on the show behind the scenes: Dave Filoni, who headed up The Clone Wars after Henry Gilroy departed in season 2, Simon Kinberg, writer of X-Men: First Class who is involved with the story of both Rebels and (according to rumors) the live-action movies looming on the horizon, and Greg Weisman, writer and producer of numerous lauded and praised cartoons over the years.

The common fear is that, since Lucasfilm is now owned by Disney and the show is being aired on a Disney network, simple, childish plots and stories will result, with the aspects of the Star Wars franchise and mythos being blunted or outright ignored. This is, after all, a show about a period Obi-Wan Kenobi called “the dark times”. How can a show largely meant for children and under the all-seeing, all-knowing lordship of Disney be anything but cotton-candy kid fair, light, weightless and sickeningly sweet?

I think those people are wrong and will be proven wrong when the show airs. Let’s discuss Greg Weisman’s work in particular for a moment, since I think that will help put some of the fears fans have about Rebels to rest. This is not about whether the show will break new ground, or be the greatest show on television, or win all sorts of Emmy awards. This is about whether it will be an entertaining and intelligent show for fans of all ages to watch, not just kids.

Greg is a showrunner and writer who has been working in television for over two decades. His first claim to fame, Gargoyles, was a Saturday morning cartoon that, along with its peer Batman: The Animated Series, set a standard for intelligence and maturity in cartoons made in the West. Gargoyles in particular packed numerous references to Shakespeare, complex and intricate plotting, and three-dimensional characters. Characters went through arcs and actions had consequences. The antagonists were recurring, fleshed-out characters with their own motivations that could be grasped and understood. Sometimes, the “bad guys” even won the day. 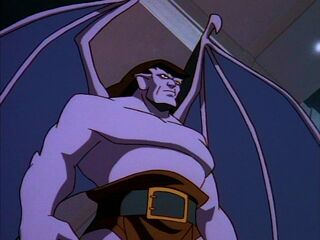 Unfortunately, due to a disagreement with the studio heads, Greg was dismissed from his own show between the second and third seasons, and the third season, dubbed The Goliath Chronicles, hemorrhaged ratings and was subsequently canceled.

That’s only one of the shows Greg has worked on. The other shows he has been as involved in, W.I.T.C.H., The Spectacular Spider-Man and Young Justice are all in different franchises with completely different casts and crews. Yet, all of them have the same creator hallmarks: thoughtful, three-dimensional characters, plots that are intricate and often ongoing, antagonists with their own motivations and sense of panache, and a sense of maturity that ensures his shows are never dismissed as kiddie fare, at least not by anyone who watched them.

What’s the point of all of this discussion? Gargoyles was made with funding from and under the supervision of Disney. Now Greg’s one part of the three-headed dragon that is overseeing production of Rebels under the umbrella of the same company.

On the Jedi Council forums, my screen name is Cynical_Ben, but as the posters there know, I am far more inclined to be a realist than a cynic in most cases. I try not to let speculation and pessimism color my opinions, but I’m more than willing to dog-pile on bad stories and bad creative decisions. My cynicism comes from the poor quality and general depravity of things that exist, not what might exist.

All of that said, my thoughts on Rebels are optimistic. Dave Filoni, Simon Kinberg and Greg Weisman are about as good a team as a fan could hope for to run the show. With them, we’re guaranteed quality visual direction and animation, but more importantly, we will be in store for quality, intelligent writing. The prospect of Disney stifling the team and forcing them to churn out a harmless, inoffensive cookie-cutter show are an unrealistic fear brought on by seeing the Disney name and thereafter shutting down mental processes. “If it’s Disney, it’s just meant for kids and if it’s meant for kids, then it’s going to be bad.”

Let me dismiss some of those illusions, shall I?

Disney has never shied away from more mature themes and stories, provided that it considers it appropriate for the audience being targeted. Fluffy kids shows like Doc McStuffins are as much Disney as The Lion King. The difference is that the former is meant for kids, while the latter is geared toward a general audience of both kids and adults. While both can be enjoyed by the more general audience, the fundamental difference is creative direction and intended audience.

Rebels is not being made for little children, because if it were, it would not be airing on Disney’s XD channel, which is meant for an older audience, mostly young boys from 6-15 or so. If it were meant for the “children” demographic, the lower end of that range or lower, it would likely be airing on a more appropriate channel, either Disney Jr. or the flagship Disney channel itself. This is a show meant from its very conception to be enjoyed for a wide variety of ages, entertaining for children and adults alike, much like the franchise of Star Wars itself.

The other main influence of Rebels, its predecessor The Clone Wars, was inconsistent and often maddeningly uncertain of its own tone and direction. Accounts vary as to the reason, but at its best, the show was exactly the sort of show most adult fans hoped for: an adventurous, entertaining romp telling its own adventures and still managing to be fundamentally Star Wars. While a pessimist might expect similar inconstant storytelling from Rebels, the show has three executive producers all experienced at making good stories, and I am willing to give them the benefit of the doubt based on their track record. And even if you blame Dave Filoni, as some do, for the previous show’s failings, the weight of the other two, both of whom have been far more involved in writing over their careers than Dave is, should tip the scales back in the show’s favor.

Also, the idea that all productions Disney is willing to air on its network are somehow neutered or punchless is absolutely false. Leaving aside live action productions like the Pirates of the Caribbean and National Treasure movies, Disney XD has aired episodes of four different Marvel-produced shows (Including Avengers: Earth’s Mightiest Heroesand Avengers Assemble), the lauded but ratings-starved (sound familiar?) Tron: Uprising and both Gargoyles and Spectacular Spider-Man, among many, many others. Disney isn’t afraid to put a darker-than-usual show on their network. Yes, the network airs more kiddie “ages 6-10” fare, but those are far from the norm, especially when it comes to animated shows.

The sheer weight that Rebels will bring to both Disney XD and to the future of the franchise as a whole should not be understated. The Clone Wars was a ratings juggernaut for Cartoon Network through its entire run despite moving to a different time slot in its final season. That show ran for five seasons and produced 100+ episodes, spawning toys, books, video games, and even its own clothing line. The merchandise sales alone will make Lucasfilm (and Disney) millions if not billions of dollars.

Another important factor to remember is the state of the franchise as a whole as the show airs. Episode VII will come out in twenty-two months, and after that we will get a new live-action theatrical movie every year. But between now, early 2014, and the end of 2015, Rebels will be the main thing to keep Star Wars in the public eye. Books and comics are all well and good, but neither have the same publicity potential a TV series that will reach millions of people every week does. Disney will do whatever it can to keep Rebels on the air and support the ratings, to make sure that new fans are coming in and that the Star Wars brand remains strong. The production crew of the show will be free to do as they feel the story deserves, and so long as they avoid utterly tanking the ratings or angering the FCC their show will be kept on the air.

Ultimately, though, the show has yet to air. All I have personally seen are a few thirty-second teasers and pictures of the characters online. I tend to take the long view with most TV shows, I don’t think most shows hit their stride until midway through their first season, if not later. Making rash, jump-to-conclusions judgments about the prospective quality of a show that has yet to even air is foolish. I might be a cynic, but cynicism is not the automatic response I have to the information we have about Rebels. I see Rebels as a terrific storytelling opportunity, and I hope that my faith in Greg, Dave and Simon is borne out.

Of course, if I’m wrong, and this show winds up being vapid, boring and uninteresting (or shrill, annoying and overly-sanitized, I’m not sure which would be worse), I will print this piece out and literally eat my words. At this point, though, I don’t think it will.

3 thoughts to “Rebels, Greg Weisman, and the Disney Factor”