So, Star Wars rebooted huh? Big deal, it’s happened before elsewhere with about as much success and failure. 2010-11 saw two comic companies reboot their superhero lines – Top Cow and DC. Of these two, the DC one was by far the most controversial. The reason for it being that, demonstrated by the comics, the creative teams got two months to wrap up their stories and if they failed to do so? Too bad. More than a few such end issues indicated there were longer plans in place, which were no longer in the picture!

It would be logical then to conclude that post-reboot, no one bought DC comics, much in the way some fans have decided against the new SW post-reboot books. It would, but there’s more than one kind of logic and there’s loyalty to consider. Oh yes, consumer loyalty can well survive a brand reboot, but it tends to be only certain types of loyalty that can do this – namely to a writer or artist. The company name may be mud but there’s a sense that it’s not fair to punish a writer or artist for a reboot they had no ability to affect.

Though I tried a handful of DC’s New 52 books – a more new reader unfriendly term I can not envisage – they often suffered by comparison to their predecessors. The Bat-books were a case in point, but I’ll admit the Court of Owls story was very good. Green Lantern? It was funny that the books written by Geoff Johns weren’t so badly hit by the reboot. No, the one book that I had to buy was All-Star Western.

I freely admit part of the reason was that there would be minimal impact on it from the continuity chaos, but the other reason was the creative team. On the Jonah Hex book, Justin Gray and Jimmy Palmiotti had racked 70 issues of excellence, spinning western tales, one after another, often with death as the endpoint for the villains. There was no Rogues Gallery of villainy here, no heroic prohibition against killing, Hex went through adversaries like a buzzsaw through butter! What can overcome a general loathing of the publisher in this case? A real liking for the book, for the creators and their style.

Oh but what of the boycott? Ever tried to avoid supporting a conglomerate by not buying their products? It is far harder than you would expect due to the sheer diversification of their product lines. You may say you loathe News International and all their works, but not buying something they own is very tricky – say, you’re not going to buy that DVD of your favourite series because it’s issued by Fox which is owned by News International? Or, to look at a fast becoming infamous company to some SW fans, Disney.

All-Star Western has now ended, with two trades remaining to be published, but the likes of Astro City continue. Ah, but that’s a Vertigo book! Yes it is and guess who owns Vertigo? DC. I cannot see my being interested in DC’s main lines for quite some time. Once outside of superhero continuity, it is very easy to stay out, but supporting a unique 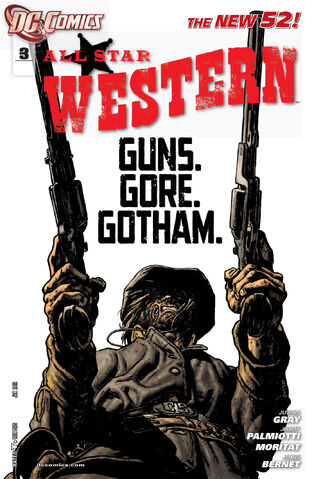 property like Astro City? That is far harder to refuse.

What it comes down to is whether you consider it fair to penalize a creator for working with a publisher that has done something you profoundly disagree with and loathe. If you do, can you resist works that are known to be of excellent quality by said creator or do you decide to support them, despite knowing the company gets a cut? Such is the decision that SW fans have to make on the books. John Jackson Miller is one of the most respected SW writers for books and comics, he’s done the first of the new books, A New Dawn, while having penned several now deemed non-canon works previously.

To buy or not to buy? It is true that the company gets a benefit, but how much of one? Is a conglomerate the size of Disney really going to notice your money when it doesn’t arrive or will the gap be absorbed into the background amidst a vast flow of income? You know it’s more likely to be the latter. So then if there is little in the way of compelling practical reason to refuse, what of reason to buy? Here it gets easier – JJM has a known reputation for quality work, the book is likely to maintain that reputation, therefore it’s a relatively safe gamble.

Plus, whatever people may be inclined to think, buying a post-reboot work remains a purely consumer matter. You are not, by virtue of buying it, required to recognize the reboot as valid. What it comes down to is you enjoy reading SW books and this is now the only option. That you wish to support a specific artist’s work on a specific franchise, which means having to put up with, and support in part, a company you are highly critical of. The only thing that makes this possible is that the work is that good and then some!

For me both All-Star Western and A New Dawn were indeed that good, their excellence obliterates any sense of rancor over the reboot in both cases. However…it is a minority occurrence, it does not happen often and, if you are swearing off buying post-reboot SW books, then in most cases, you will be successful! Both works cited here are very much glorious exceptions to the rule!