The thing you need to understand is, filmmaking is not an art to George Lucas—it has no sacred creative spark, it demands no reverence. It’s a project.

Last Monday, Page Six broke the “story” that Lucas hadn’t yet seen the teaser for The Force Awakens. Your typical fan, of course, has seen it somewhere between five and five hundred times by now, so to many this was confusing at best and damning at worst—and who knew Lucas could even be futher damned in the eyes of his ostensible fandom? Some more charitable fans took it to mean simply that he doesn’t want to be spoiled, but the following muddies that reading somewhat:

“…when we asked Lucas if he was curious to see what Abrams has done with the new ‘Star Wars,’ Lucas said, ‘Not really.'”

I recently came across Mike Klimo’s excellent and eye-opening essay Star Wars Ring Theory, in which he describes in exhaustive detail the many echoes between the prequel and original trilogies—not just the quotes and scenarios we all noticed immediately, but bits and pieces as seemingly innocuous as shot composition, and screen direction, and whether the movie starts underground or in the sky. It’s a great piece of work and one I hope to talk about more at some point, but the most salient takeaway here is that these movies are shot for shot exactly what Lucas wants them to be—each trilogy a giant clock whose gears are meticulously placed according to an elaborate design he, let’s be honest, came up with as he was going, but a design nonetheless. 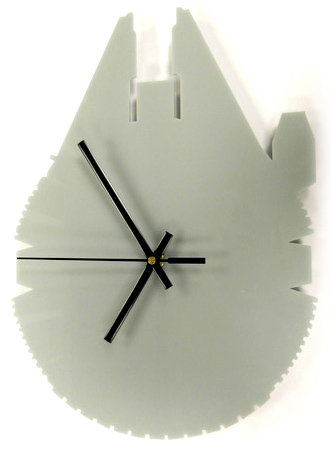 And it’s important to note that that’s not necessarily a defense of the prequels as art—an impeccable clock can still be hideous if no care is taken with its aesthetics. George Lucas, ultimately, is less artist than artisan. Star Wars is an enormous contraption that he spent three decades assembling, and while it was without a doubt the great work of his life, to him it was still just that—work. I have no desire to hash out the boundary between “arts” and “crafts” here—my definition of the former is pretty expansive, to be honest—but what I’m trying to communicate with this piece isn’t how we should see the films, but how Lucas sees them.

You may notice that down below I’ve tagged this thing under my recurring net-culture series So You Think You Can Internet; that’s because the intersection (or lack thereof) of George Lucas and his online fandom is the real point here. Online fandoms exist in a binary world of perpetual boosterism and haterism; to like something is to love it, and to be indifferent to something is to grow to hate it, because you can’t go on Twitter or Facebook or even your favorite Star Wars message board without being confronted with esoteric Doctor Who memes or people tweeting through Peter Pan Live! or endless babbling about whatever the hell Dragon Age: Inquisition is.

So in that context, we just don’t know how to process Lucas’s ignorance of JJ Abrams’s Star Wars. To not have an opinion on something is to hate it, after all—either directly, or indirectly by choosing to ignore it. But if you don’t live online the way us Millennials do, you’d be surprised how easy it is to miss even something as pervasive as that teaser; in Lucas’s world, he’d have to go out of his way to see it (to the theater at the very least, as he himself says to Page Six), so “ignoring it” isn’t really an issue.

To return to my home-renovation analogy, Star Wars is like an awesome new deck on the back of George Lucas’s house. It’s a huge deck, and he put way more time into it than he went in expecting to, and if you happen to come to a cookout some weekend he’ll be happy to tell you all about it. But is he a fan of it? Not exactly. He loves it like his own child, sure, but it’s just not interesting to him the way it is to fans; he’s not gonna go out there in his free time every night and just stare at it, marveling and how evenly-applied the finish is and debating whether the floorboards complement the railing or vice-versa. Lucas isn’t a Star Wars fan because it isn’t a hobby for him; it’s just a thing he made.

Except that’s not completely true, is it? In one respect, it’s very much a hobby for him, because George Lucas isn’t just an artisan—he’s a tinkerer. The deck was essentially done years ago, but instead of marveling at it, every time he goes out there he’ll notice one of the stairs or floorboards isn’t quite level. And after replacing a few floorboards the finish was no longer consistent, so naturally he had to strip the whole damn thing and do a new coat.

Look again at the plethora of post-release edits to the six films—the bulk of them aren’t in service to the art, they’re in service to the deck: making the CGI more consistent, retroactively inserting characters that hadn’t been thought up yet, and yes, even those goddamned “nooo”s at the end of Return of the Jedi. To Lucas’s mind, saying you don’t want Vader to shout “no” at the end of Jedi is like telling him to ignore a crooked step; maybe it’s not hurting anyone, but you just know he’s not getting any sleep until he fixes the stupid thing.

We’ve all taken on a project that stretched out way longer than we wanted it to. But like lots of great art, some big projects are never finished, only abandoned—and at some point, you’ve got to just sell the fucking house.