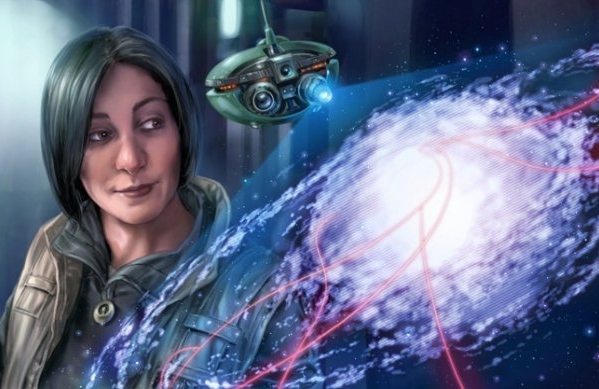 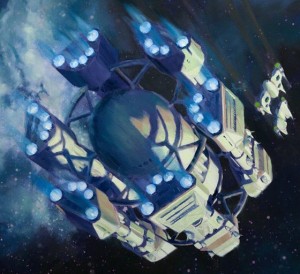 There are still unexplored parts of the galactic map. That itself is amazing: there are still places in the galaxy where we just don’t know what to put there. “Terra australis incognita” faded from mapmakers’ lingo nearly four hundred years ago, as the existence of Antarctica was proven, and yet there’s still space incognita everywhere. Perhaps some of it is the challenge of 3-D mapping where a wrong turn can launch one into a star, but it serves a vital purpose. Allowing the galaxy to still have its unknown regions and wild spaces fits uniquely into Star Wars’ place as a space opera, a fantasy with science fiction elements, a retelling of the great hero’s journey myth arc.

The presence of the unknown is a part of world-building. Providing places in the galaxy that aren’t explored allows for more stories to be told, as well as giving a sense of wonder every time we see a new world. One of the hallmarks of science fiction and speculative fiction is allowing for areas of the world or galaxy that just aren’t well-known. Perhaps these places have been explored in the past, and forgotten, perhaps never mapped, perhaps so full of hostile conditions and species that no one dares explore. Incorporating these elements and not letting that thread fade keeps the GFFA feeling so much more alive and full of potential. I’m staring at my map now, and thinking about all the weird things we’ve met in the far corners of the galaxy. For that matter, how many weird things have we met in the near corners? Maintaining the sense of vastness works well when we just don’t know what’s out there, at all. The Deep Core is also rather difficult to map, and there are some planets in there, some great hiding places for oh, runaway Imperials, perfect for storytelling. 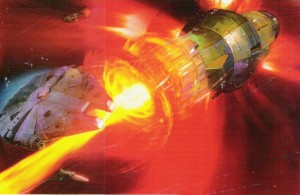 Think of how much more technologically advanced the GFFA is. Most of the galaxy is mapped, space travel is a decently everyday occurrence, holographic communication is normal- and yet, there are still areas where the predominant galactic government has no control, planets so backwater that their residents don’t believe they’ll get to see the rest of the galaxy. This is one of the things that gives Star Wars its own unique feel: despite how advanced much of the galaxy is, it’s by no means consistent. We aren’t just looking at a simple science-fiction story; all of the seemingly anachronistic elements of the GFFA turn it into the space-opera feel. Look from Coruscant to Tatooine, and it’s obvious. The former is a jungle of skyscrapers, covered by ribbons of light and traffic and noise; the latter is still organic, worn, showing just a hint of the technology that in some places, is already long outdated. Contrast matters, and gives life to the story. We see armies of droids taken down by robed hermits wielding swords- what better example of the galaxy is there? So far advanced that wars can be fought by droids, and yet the ultimate power is one wielded by those espousing an austere lifestyle devoted to the greater good of the galaxy. 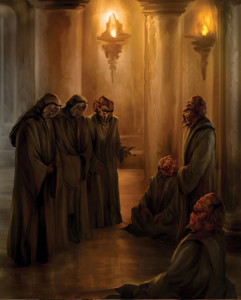 One of the most fascinating parts of the unknown in Star Wars is just how many Force-using factions there have been throughout history. The Jedi and Sith are the most prominent, but they are by no means the only ones. Every so often, we hear something about minor Force-users, and when Jacen Solo journeys through the galaxy in search of alternate Force traditions, and then when Luke and Ben follow in Jacen’s footsteps, we find out that there are so many approaches to the Force. The galaxy has grown once again. It really is that simple to broaden the Force, the greatest single element of the GFFA, and the very way the Force is described, it is something able to be adapted to fit many stories. The Yuuzhan Vong are outside of the Force as the Jedi know it, and then it turns out that they have been removed from the Force. Just the very amount of new ground broken about the Force and living beings’ relationship to it is marvelous, and really brings to mind the unexplored. Everything has room for growth, even the fundamental building blocks.

So how long does it really take to cross the galaxy? What if it depends, based on where you are in the galaxy? Within many of the Core Worlds, the routes are well-known and easy to follow. Space travel is a decently common occurrence for many of the inhabitants of the major worlds. As long as you don’t go into the Deep Core, or outside of the major hyperspace lanes, it’s not that hard. But there are still areas of the galaxy that aren’t as well mapped. If you leave the hyperspace lanes, suddenly there are odd obstacles in the way. This is a common thread for any sort of explanation. Go off the beaten path, and you’ll run into something unusual. Often, it’s something interesting. Dathomir’s warrior women, the Chiss, a Jedi Master hiding in a swamp, an extragalactic alien species- even if none of these ideas had been fully explored, they’d still be essential flavor text. There are so many different pieces to the galaxy, and even the ones that don’t seem to belong at first glance still have an important place.

That is really the centerpiece of the GFFA: for a society where technology is so advanced, there are still backwater worlds that are untouched by the modern Empire or Republic or whoever’s in charge. There are worlds that don’t have anything like electricity or modern communications, where no one from the greater galaxy has visited these worlds in centuries. There are civilizations so far distant in time that little is known about their accomplishments. Wonders like the Maw cluster and Centerpoint Station are hard to believe just by their sheer scale and weirdness; no modern being understands just how such things were formed. There are so many mysteries in the Force, so many things lost and hidden. Entire species have never been contacted by the rest of the galaxy. The presence of the unknown is a driving force, a push for exploration, and essential for maintaining storytelling. From the comfort of a story on Coruscant, one can hear tales of planets where the Republic doesn’t have any authority, and even begin the journey to find out just what lies in the Unknown Regions. (Spoiler alert: it’s entire civilizations.)