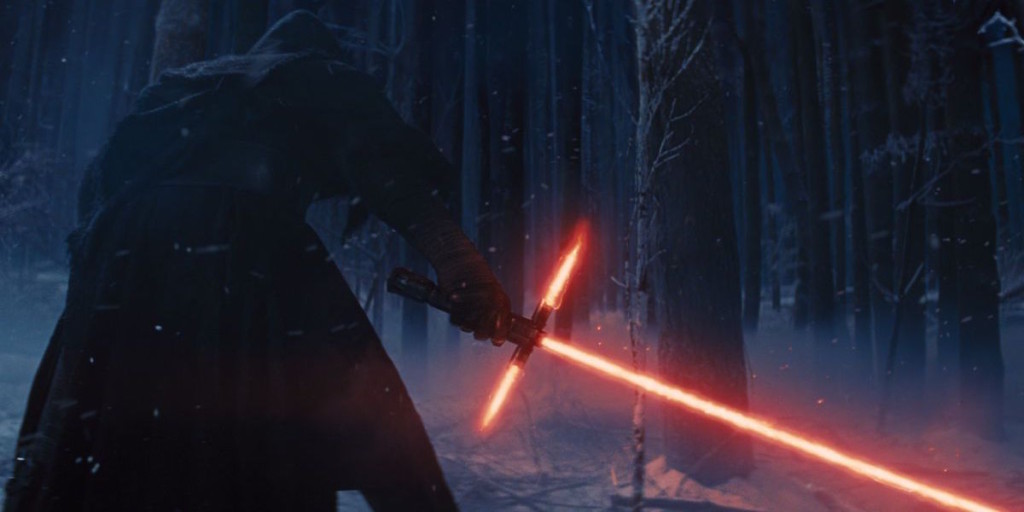 That needs its own line because it is probably the most significant difference between the two. Ben was born free whereas Anakin was not. And this goes deeper than just the literal fact that Anakin was born into slavery while Ben wasn’t. Ben starts with everything that Anakin ever wanted.

Ben was born to a family that loved him and whom he was openly allowed to love in return. Obviously we don’t know for a fact that Luke did away with the “no attachment” rule of the former Jedi Order. But we do know that Ben’s fall to the dark side was what drove Han and Leia apart, and that Snoke expressed concern that Ben wouldn’t be able to put his emotions for his father aside. Both of these suggest that Ben had a loving relationship with his family and wasn’t taken from them as a baby, nor was he discouraged from being emotionally attached to them.

Furthermore, Ben could be reasonably assured of the safety of the people he loved. Though we don’t know many details on the rise of the First Order, the opening crawl seems to suggest that it was the absence of Luke Skywalker that led to their prominence as a force to be reckoned with (and Luke’s disappearance is a result of Ben turning to the dark side). So up until Ben’s fall, the galaxy was presumably a peaceful place. He didn’t have the looming specter of war to place his loved ones in danger, and he didn’t have loved ones still enslaved on dangerous Outer Rim planets.

In contrast, Anakin barely knew what freedom was. Yes, obviously, he spent the first nine years of his life as a literal slave. But upon being freed from slavery he almost immediately joins the Jedi Order. And while the Jedi Order isn’t literally comparable to slavery, it is its own sort of servitude: Anakin isn’t free to travel the galaxy as he wishes or go visited the only family and friends he ever knew. He is expected to do as his masters say.

While Anakin was born to a mother that clearly loved him, he was expected to sever all emotional ties to her upon entering the Order. Certainly not an easy task for a nine year old whose mother was probably the only positive and loving figure in his life as a slave. Furthermore, when Anakin begins to have prophetic dreams about her death he isn’t allowed to do anything about it. Arriving at the Tusken village just in time to witness her death leaves him wracked with guilt for not being able to save her. And it plants the first major seeds of resentment and distrust in the Jedi Order; after all, if it weren’t for them forbidding attachments then he might have been able to save his mother. And then of course all this guilt is only amplified when it comes to his secret relationship with Padmé. His fear of losing Padmé is what starts him down the slippery slope towards the dark side.

Freedom to openly love those he loved, and freedom to be sure that his loved ones were safe. That was really all Anakin ever wanted. Ben started with all of that and for some reason gave it up; Anakin never really had it in the first place and kept grasping for it. Because of this, their approach to power (and therefore, their respective falls) are vastly different.

Anakin’s fall is ultimately the tale of good intentions gone horribly wrong. His fall is the story of a man driven desperate by fear, who seeks power in the wrong place, and who ultimately loses everything and finds himself a slave all over again. One gets the sense that Anakin wasn’t after dark side power specifically, just that it was the only option that (apparently) presented a solution to his problem. By Return of the Jedi, one gets the sense that he doesn’t even particularly want to be on the dark side; he just simply sees no other way out.

Does this excuse any of Vader’s actions? Of course not. Anakin may have had good intentions but he still slaughtered children and was responsible for the deaths and suffering of thousands. But it makes a difference in his redemption arc, as I’ll discuss more fully on Wednesday.

Ben, in contrast, seems to be after power for power’s sake. We know little about the details of Ben’s fall, but we can infer several things. First is that Ben apparently had everything that Anakin wanted (freedom to love his family and reasonable assurance of their safety) and yet voluntarily gave it all up. We also know that he idolizes Vader (not Anakin) to a fanatical degree. Finally, we know that he struggles with the light; Rey even says that his greatest fear is that he will never be as strong as Darth Vader.

The inverse of that last statement is that Ben fears his own vulnerability most of all. He wants to be fully of the dark side and is disgusted with himself whenever he falls short. He even goes so far as to kill his own father in order to cement his place in the dark. This makes clear that Ben’s fall is less a case of good intentions gone horribly wrong and more of a series of deliberate steps towards the dark side. While Anakin saw the dark side as a means to an end, Ben sees the dark side as the end. Unlike Anakin, Ben doesn’t want power to; he just wants power.

So what does that mean for Kylo Ren? Can a person who deliberately chooses to step towards the dark and away from the light ever find redemption? Is there still a part of Ben somewhere in Kylo, just as there was still a part of Anakin in Vader? It’s certainly going to be a more difficult path than Anakin’s. Ben is far more fanatical in his dark side beliefs than Anakin was and seems determined to follow in Vader’s footsteps. But while the shadow of Vader looms over Kylo, the shadow of Anakin does as well. And if history is anything to go by, Ben might still have a chance.

Check back Wednesday for a closer look at Anakin’s legacy in a galaxy far, far away and what that means in terms of a redemption for Kylo Ren.

5 thoughts to “The Shadow of Anakin Part I: Why Kylo and Anakin are Nothing Alike”