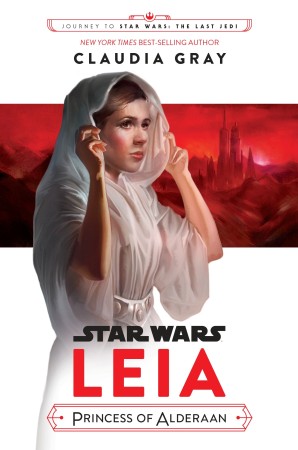 END_OF_DOCUMENT_TOKEN_TO_BE_REPLACED

There’s been a sense from some fans that The Force Awakens and its background material indicates that the New Republic has been a failure, that all the heroes fought for has been for naught. Not everyone thinks that – Nick previously wrote to take stock of the New Republic as seen in the context of TFA and the Journey to TFA books and his verdict was a positive one. But since then, Bloodline has been released and given us a great deal of context about the dysfunction that paralyzed the New Republic in the years leading up to the film. Sarah discussed the role extremism and partisanship played in impeding the New Republic’s governance, and Sarah, Rocky, and yours truly discussed how these irreconcilable differences stemmed from fear and mistrust. After all that, one might be forgiven for assuming that the rosy view of the New Republic was definitely wrong and that TFA showed the demise of a government that was at best a failure and at worst, doomed. But is that the right lesson to take from Bloodline? We don’t think it is – Bloodline simply showed democracy as it is, warts and all.

As promised with our first “Gray Matters” piece on Lost Stars and its realistic and human portrayal of those who serve the Galactic Empire, here’s our follow-up on how to realistically portray the good guys. And just like the first piece, the article didn’t really come together until Claudia Gray wrote a novel perfectly demonstrating what we wanted to talk about: how democracy is portrayed in Star Wars and why it’s important that it be treated with nuance. As with the first Gray Matters piece, the goal is to make it clear that there isn’t and shouldn’t be a black-and-white sense of the New Republic – complexity and nuance is more interesting than unmitigated success and failure. END_OF_DOCUMENT_TOKEN_TO_BE_REPLACED 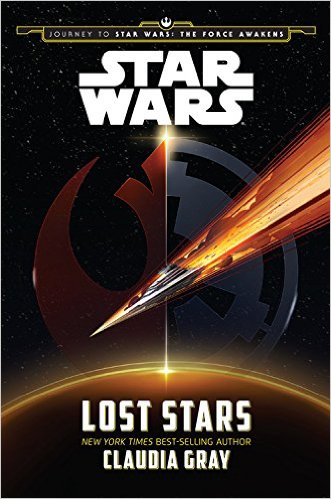 As it happens, we were long planning a series of pieces called “Gray Matters” on how the various sides in Star Wars are and ought to be portrayed in the new canon. Our first piece was either going to be about the Empire or the Rebellion, where we would discuss the comparative pitfalls of black and white morality vs moral grays and try to come up with a solution that was morally nuanced but still fit the morality tale that is the Star Wars saga. And lo – here came a novel called Lost Stars by Claudia Gray, featuring of all things a narrative about just how decent people serve as Imperial Loyalists. The coincidence (and the now doubly punny title) was impossible to ignore, so here we are!

We’ll try to avoid spoiling the book, especially as we hope this article convinces some folks to read Lost Stars! Don’t let the YA label dissuade you: YA novels are emphatically not less mature than adult novels (at least not simply because they’re YA!). This is the first Star Wars YA book, as the books EU fans typically call “YA” are middle grade books, which also should not be judged on their age rating because the six canon middle grade books out as of last week are amazing — particularly Servants of the Empire — and this week’s brilliant ANH adaptation brings that to seven!)

Lost Stars is the closest we’ve ever really gotten to an Imperial POV novel – the title characters basically start up as Imperial subjects and join the Imperial service. One of them – Thane Kyrell – drifts away from the Empire while the other – Ciena Ree – stays loyal. Gray crafted a unique and interesting societal background for them on their Rim world of Jelucan which explains their different world views and consequently divergent takes on Imperial policy. These differences are not unique to Thane and Ciena – a good amount of the cast is in the service of the Emperor, and they are all very different people with different motivations and ethical codes. This is what makes the novel a perfect case study: more than just portraying Imperial Loyalists with authenticity or even sympathy, Gray shows the wide variety of people who serve the Empire and how their service to the Empire changes them in turn.

The thing about the Galactic Empire is that it is not a monolith. It is complex and nuanced. It is, obviously, ruled by evil Sith Lords. It is supported by fascists in COMPNOR and ISB. It is driven by raw material exploitation and upheld by stormtroopers and a military that can range from the ruthless but honorable to the downright brutal. So at the first instance, let’s not pretend the Empire is daisies and roses (those of you familiar with our “Imperial Colbert” routine may be surprised by this turn in the discussion, but we don’t playact in our ETE articles). Beyond that though – the Empire is a galactic government, and one that is accepted by the majority of the galactic populace. This is either through an ignorance of its evils, an unwillingness to do anything about it, or acceptance of it. Imperials of the Core Worlds live cushy, sheltered lives – the cries of the Outer Rim go unheard. As seen in Edge of the Galaxy, Core World Imperials may well assume that the brutalities going on in the Rim are just part of the barbarity of the Rim – conducted by lawless Rimward officers to boot!

As we learn in Lost Stars, however, the distinction is not between active agent of Imperial oppression and passive beneficiary. The lines blur and cross. This makes the Empire interesting. George Lucas always said that the Empire was a seductive form of evil: it would not be so threatening if it were the repository of all the bad things, because it’s evil that persuades people to serve it that is the most threatening.