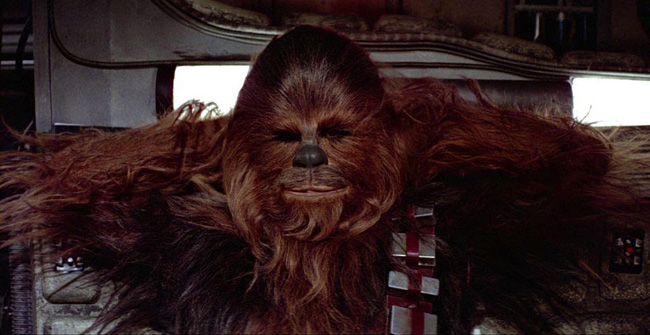 Lucasfilm has long organized the EU into discrete ‘publishing eras’ of which there are seven plus the non-canon Infinities “era”. These eras are: Before the Republic, Old Republic, Rise of the Empire, Rebellion, New Republic, New Jedi Order, and Legacy. The dividing lines of these eras are, not coincidentally, where we find our break points. END_OF_DOCUMENT_TOKEN_TO_BE_REPLACED

While his conclusions veered off somewhat from my original hypothesis—that Force-users were effectively a contagion and would’ve subsumed the regular population of the galaxy if not for the constant warring of Jedi and Sith—they presented a fascinating picture of how Force heritability might actually work; one that drastically changed how I thought about the Galaxy Far, Far Away. My own final piece on the subject can be found here, and below I am proud to present Michael’s original response in its entirety, with only minimal copy-editing, that our readers might be similarly enlightened. – Mike Cooper END_OF_DOCUMENT_TOKEN_TO_BE_REPLACED

The following analysis relies heavily on a 1000 Character Sample Database created by me as a method of analyzing patterns among Star Wars characters in a systematic way. References in this article to ‘the sample’ are referring to this grouping of characters. A full explanation of this database, and the raw data itself, can be found here.

Race is among the most important criteria considered regarding issues of diversity, being perhaps second only to gender. It is also a thornier issue to address analytically compared to gender, because categories of race are far more nebulous and difficult to detect, as well as being simply more numerous than the male vs. female dichotomy that defines the overwhelming majority of gender issues.

In Star Wars race is a human issue. While there is some evidence for sub-group division based on physical characters among a small number of alien species there is no systemic pattern and no means to delineate the issues beyond in-universe opinions. As a result, this analysis only considers humans. I am fully aware that many fans of Star Wars lump certain nominally alien species, particularly certain Near-Humans that outwardly resemble members of a specific human ethnic group, as part of racial issues, but for the purposes of this analysis I take the creators at their word that these persons are not humans, and confine the analysis to those who are known to be human.

Analyzing race depends on defining it, a difficult prospect, particularly when dealing with fictional characters that cannot be subject to genetic or pedigree analysis and who exist in a cultural context divorced from our own. Nomenclature, to use one simple example, is not a signifier of racial or ethnic identity in Star Wars in the way it is among most human populations on Earth.

Four hundred and twenty-six individuals in the sample are Human, or 42.6%. The margin of error for this group is 4.7%. These characters can be broken down by race for further analysis.
END_OF_DOCUMENT_TOKEN_TO_BE_REPLACED

These results are extremely clear: the Star Wars universe is unequivocally male-dominated, with a male-to-female ratio of roughly 3.5:1 rather than the 1:1 we would expect in nature. The number of hermaphroditic individuals is extremely small compared to the whole and composed almost entirely of Hutts. The number of individuals of unidentified gender is actually rather small. It is considerably less than the proportion of individuals of unidentified species. I hypothesize that the revelatory power of gendered pronouns in non-visual media is likely responsible for that discrepancy.
END_OF_DOCUMENT_TOKEN_TO_BE_REPLACED

In order to look at the demographics of Star Wars, it makes a certain sense to start by taking absolutely everything together – all characters recorded in all works. This fits with the principle of a single continuity that has so far governed the EU. Additionally, this information has already been recorded, in terms of ‘Individuals’ on Wookieepedia.
END_OF_DOCUMENT_TOKEN_TO_BE_REPLACED