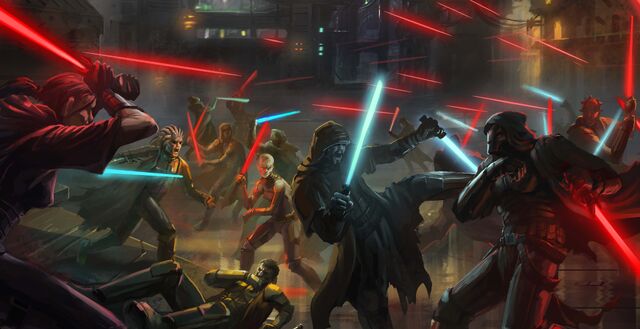 In Part I of Checks and Balances, I speculated that Anakin Skywalker’s true purpose as the Chosen One was not only to kill Darth Sidious, but to “prune” an ineffectual and misguided Jedi Order down to a lower number which could more easily evolve to meet the challenges of the modern galaxy. Not everyone will agree with a perspective that doesn’t necessarily see the Jedi as positive actors in the Force’s interests, but it was important to start there so that you might understand where I’m coming from here in Part II.

A few years back, while reading a book on demography called The Coming Population Crash, I started wondering what the Jedi Order would look like if unchallenged for its entire 25,000-year history, given what we’ve seen of Force sensitivity’s heritability. From there, it occurred to me that perhaps the Sith were meant to exist, from a cosmic point of view—that widespread, high-level Force use was something of a threat to the general galactic population, and the fact that both Jedi and Sith—in service of the Force’s natural dualism—were constantly trying to wipe each other out was in reality a form of population control, baked into the galaxy’s natural state, to keep it from ending up with a civilization comprised entirely of dangerous and unpredictable Force wielders.

This notion percolated for a while, until shortly after starting this site, when I asked guest contributor Michael Lind, author of the excellent Go Figure series of articles, to do a little research on my behalf. He’d proven himself far more adept than I at running this kind of data, and I was curious to what extent the canon might actually support my hypothesis.

A short time later, Michael’s response came in the form of a 4,200-word behemoth. While originally intended as simply off-the-cuff brainstorming, it was my opinion that his results were more than worthy of an article of their own, and they’ll finally see the light of day here later this month. In the meantime, suffice it to say that the message conveyed by those 4,200 words was a resounding “kinda”.

Using known data on the planets Khomm and Kesh to obtain rough estimates of the low and high ends, respectively, for the rate of Force sensitivity among typical sentients, Michael found that any reasonable estimate for the propagation of Force sensitivity in a population was so unbelievably high that my hypothesis—light-on-dark violence as population control—wasn’t even remotely enough to explain the relatively low numbers of Force sensitives witnessed in the modern galaxy. 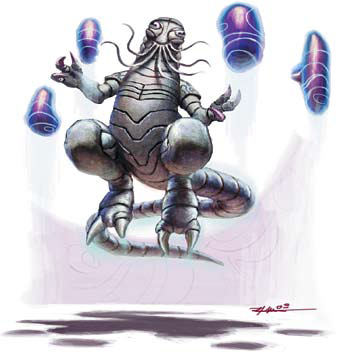 What was especially interesting about his results was that, even using his lowest possible Force sensitivity rate (0.0000002%, or one in five million individuals), there would have to be billions of them out there—certainly far, far, far more than the actual number of Jedi and/or Sith at any one time.

So while my original theory didn’t exactly bear fruit, there was still a very interesting perspective shift to be gained from this—namely, that as far as raw numbers are concerned, the Jedi and Sith are barely a drop in the bucket of the hypothetical Force sensitive population. Michael speculates, and I agree, that many of these off-the-grid sensitives could be winding up as local shamans or fortune-tellers, but remember that we’re talking about billions of people here, compared to tens of thousands of Jedi (or hell, maybe a few million at one time). They’re still rare compared to the total galactic population, but the average citizen of the Republic is far more likely to know a couple of them than he is a Jedi Knight. And sure enough, many sources over the years have gone out of their way to note this fact—that most people in the GFFA go their whole lives without ever laying eyes on a Jedi, the beings who are supposedly so vital to protecting their peace and justice.

So what I think is worth asking here is, on a cosmic scale, are the Jedi really all that necessary? Does the Force really need or want them, or are they just an erroneous few parts per million in a big galactic soup that would get along fine without them?

Of course, geek culture loves nothing more than a superhero—the good deeds of Peter Parker and Bruce Wayne are routinely presented as self-evidently worthwhile, and the question of whether they create more havok than they fix is often raised only to be easily dismissed. But the Star Wars universe is a different matter, I think; the Joker could still have gone crazy without Batman’s involvement, but the Sith, or dark side users of any real consequence, would never have existed if they’d not first been trained as Jedi.

The Jedi do a lot of good on the individual level, and that counts for something, but think of it this way: a system necessitating only two Sith was responsible for the greatest imbalance in the history of the Force, and decades of war and tyranny throughout the galaxy. If there were no institutions in place to train a naturally-occurring dickbag like Palpatine, he would at worst have been a Hannibal Lecter sort of figure; preternaturally clairvoyant, and responsible for inflicting horrible suffering upon those unlucky enough to cross his path, but by no means a threat to civilization itself.

And as for Anakin Skywalker, the Chosen One? The Force would never have had to bother with him in the first place.

7 thoughts to “Checks and Balances, Part II – What the Force Wants”