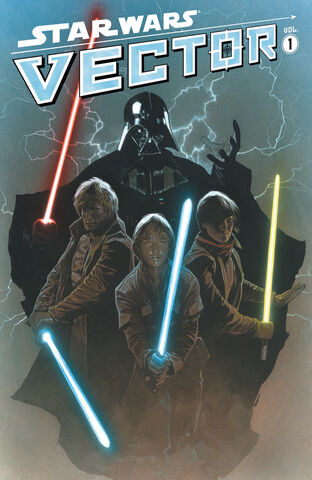 n one side, John Ostrander and frequent collaborator, Jan Duursema; on the other, John Jackson Miller. These individuals have arguably been the heart and soul of the comics Expanded Universe for the last decade. When both Legacy and Knights of the Old Republic were running, it was a golden age for Star Wars (SW) comics. Dark Horse Comics’ (DHC) axing of both titles was their biggest and most spectacular own goal, though opting for miniseries a la the Mignolaverse isn’t far behind.

Yet, if we were to pit these titans against each other, what might the outcome be? I think it would be fair to say their strengths play out differently – where Ostrander excels at worldbuilding and a grand, epic sweep, Miller’s forte is crafting characters you immediately latch onto and care about. With their successor projects, as it were – Dawn of the Jedi and Knight Errant, this difference is particularly noticeable.

Dawn of the Jedi is, like all of Ostrander’s SW work, crazily ambitious – it harks back to antiquity and beyond, all the way to 35,000 years before the films! This is the Jedi before they were even called so, before they even knew what they were tapping into to achieve their mystic feats, this is the beginning in every sense. The sense of history in the story is very well-done, a recent conflict casts a shadow over the present day events and affects how the Jedi are perceived. There are mysterious and dark places on the world of Tython, places where those sensitive to the Force may go mad or lose their souls. There are various training temples, scattered across the planet, each with a particular focus and specialism. But, for me, while they’re perfectly fitted to the story, none of the characters really comes to life or stays long in the memory, despite Ostrander’s best efforts.

This isn’t something that could be said of either Miller’s heroes or villains! He has a real talent in this respect and Knight Errant is a great example of it. It came out at a time when the fans were really quite, quite tired of Sith, there had been something of an overload on them in recent years and it was thought they were played out. Trust Miller to find new angles to freshen up what was a festering concept in need of a vigorous shower! Enter Sith Lords Daiman and Odion, one’s adamant that he is the creator of the universe and all really does transpire to his design – Miller would really show exactly how far this delusion went in the novel – and the other runs a death cult! They were Sith Lords unlike that had been seen previously, utterly bonkers and so very colourful with it!

Of course, if you’re going to deploy such a pair of lunatics as villains then you ought to ensure you have a hero up to the job of fighting them – enter Kerra Holt. With her, Miller hit all the right notes and made something very difficult look easy! How many young, flawed-yet-earnest, female, popular and heroic Jedi can you name? With Kerra, Miller ticked all these boxes. Despite occasionally not understanding how people can be broken, issuing a harsh opinion or just plain screwing up, these flaws never eclipsed Kerra’s essential sense of goodness and heroism in the eyes of the audience. She was a skilled, capable and tough fighter who didn’t need to demonstrate an acerbic edge to denote strength. And, the finishing touch, in her clashes with both lunatic Sith, she was the underdog. 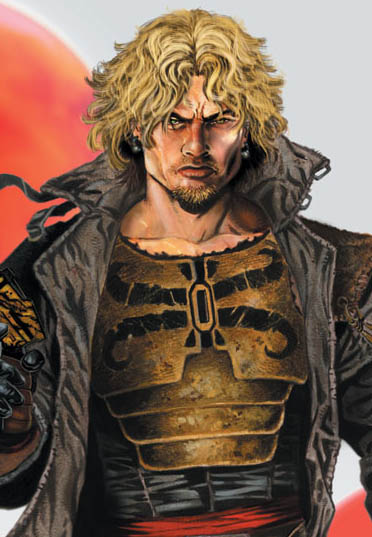 Where Miller’s characters – and I’ve yet to look at Zayne Carrick, don’t worry, I will – immediately win the audience’s love and backing and keep it, Ostrander’s characters, or more accurately, lead characters, tend to infuriate and exasperate. None better embody this than the creations of Quinlan Vos and Cade Skywalker. There are numerous occasions when what the reader really desires is to give ‘em a kicking! Beneath all the carping and macho posturing, Cade actually does have a pretty good critique of the galaxy and its attitude to Jedi, the problem is he wants to have his cake and eat it. One of Legacy’s best sequences is when he crosses paths with Admiral Gar Stasi of the Galactic Alliance. Stasi, more than anyone else, is utterly unfazed by Cade and their meeting quickly ends up as irresistible force meets immovable object. It is also apparent in the same sequence that a good many of Legacy’s secondary characters are better at winning the crowd than Cade! (Dawn of the Jedi’s Xesh, for me, is Cade Skywalker without any redeeming elements!)

Yet Legacy’s scope and ambition are vast, enough to have spawned a successor volume! It is this that more than compensates for an irritating lead that hogs the spotlight, stopping more interesting others getting their turn in it! Ostrander carefully looks at the films and the Expanded Universe, up to the end of the New Jedi Order arc and asks what would logically flow from that many decades on. The notion of the reformed Vong, having come to understand what their forebears did, wishing to make restitution, only for that to be sabotaged by the Sith to wake a slumbering desire for vengeance that the Jedi and Galactic Alliance cannot possibly accept, but which the Empire backs is ingenious.

It was fortuitous then, at the same time as Legacy pursued its grand plan – one that would have the rug pulled out from under it most ungraciously – that Miller spun his great, more personal epic – Knights of the Old Republic. This story introduced us to Zayne Carrick, a bumbling Jedi padawan who nonetheless won the crowd within a few pages of the first issue. Not content to rest on his laurels, Miller also introduces us to another great character – Marn Hierogryph, a small-time con artist with delusions of grandeur. Events compel Zayne to be on the run from murderous Jedi – yes, Miller makes that surprise work exceedingly well – with Gryph and they then end up with a few other, equally well-crafted characters that make for a very strong ensemble. The Zayne-Gryph double act is at the heart of it.

Miller used the classic technique of starting off his gang of characters in reactive mode, they’re pursued, they escape, they end up in further jeopardy, but over time this reactive element recedes. As time goes by, as the adventurers accrue experience, so do they work out what is going on and why and then how to fight back. Miller brought his big arc to a conclusion with the thirty-sixth issue and then hit a potential story-killer – what now? He just so happened to have a second plot running in the background that could take centre stage from that point on. Sadly, despite this, the title still got axed and had to opt for a hurried finale.

Ah, but what about the Quinlan Vos epic? Does not that prove that Ostrander can do a great character arc too? It’s true that this epic, Ostrander and Duursema’s first work that went into and past the Clone Wars, is very much a character story. It does have a smaller focus, with Vos as the main and his padawan, Aayla Secura, plus old master, Tholme, as supporting characters. But it is also a more serious affair all round, which brings to the fore the other element that Miller is a master of – humour.

It is said audiences want dark tales of terrible jeopardy and death for the characters, I’m a bit skeptical of that. There’s no doubt, however, that Miller’s tales are indeed dark – Knights of the Old Republic starts with Zayne narrowly avoiding being killed by his master, who’s killed all the other Padawans Zayne trained with and in Knight Errant, the Sith reign supreme in the outer galaxy where it is set. Yet, against these very dark backgrounds, Miller deploys levity and comedy to balance out the tone, which makes it seem less dark. In this respect he hearkens back to the Original Trilogy, which was exceedingly dark but, due to how the story told, didn’t always seem it.

As consumers we do not need to really choose for one to win out over the other – having both active in the Expanded Universe was a blessing for fans, as with the end of Knight Errant, Miller’s work has, for now, sadly come to close. Certainly I would recommend all the works mentioned here to anyone, their quality is excellent, but…. If you want a story of characters that you wish to like, that you want told with some comedy and charm, then, by the very narrowest of margins, Miller wins!