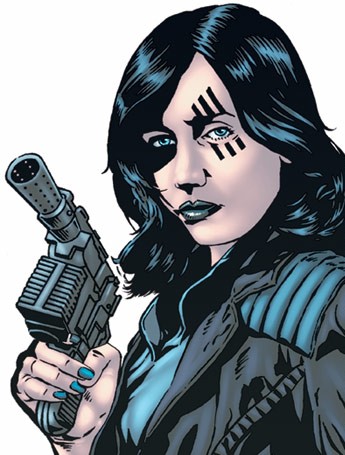 Okay, stick with me on this one.

Point one: several months back, there was a rumor going around that in order to step away from the baggage of the prequel era, Lucasfilm was going to begin their (not yet confirmed) Boba Fett spinoff movie by killing off the existing version of the character and having someone else don his Mandalorian armor.

Point two: last week, a “leaked” list of the Star Wars release slate through 2020 appeared online and “confirmed” that not only was a Fett movie in the works, it would be first out of the gate between Episodes VII and VIII.

Point three: even if one and two are complete bullshit, of course they’re going to make a Boba Fett movie.

While the first rumor was met with the gnashing of teeth from both hardcore Fettites and the diversity crowd (who at the very least would have appreciated a Maori in a leading role), it does open up a lot of interesting possibilities, one of which I’d like to explore in the following.

You see, in the Expanded Universe, Boba Fett had a daughter.

Fett’s relationship with fellow bounty hunter Sintas Vel was first established, ironically, in a non-canon short story in Star Wars Tales—as was their daughter Ailyn. The characters struck a chord, however, and a story that could very easily have been forgotten quickly seeped into the official continuity. First, Fett’s superfluous and out-of-character role in the Young Jedi Knights series was retconned to be Ailyn posing as her father—thus establishing that she’d not only followed in her father’s footsteps but was willing to use his name for the notoriety it carried.

Next, she was a full-blown character in the Legacy of the Force novel series—or at least she was until an increasingly Sithy Jacen Solo interrogated her to death, but that’s another article. She left behind a daughter of her own, Mirta Gev, who eventually became closer to Fett himself than Ailyn ever had a chance to.

Last week on Twitter, I raised the idea that if they were going to replace Boba—one of SW’s very few major characters of color—they should at least use the opportunity to chip away at their other diversity problem and make the new Fett a woman. Paul DePaola of Fanboys Talking quickly suggested his daughter, and the concept was immediately clear.

The film begins with Fett as a young man. We get to see the real deal in action in his prime for a little while, then shortly we meet Sintas and Ailyn—oh, the pathos!

This could play out more or less the way it does in Outbid But Never Outgunned (that original Star Wars Tales story), except when Fett and Sintas separate we stay with her. She returns home to young Ailyn and life carries on for a while. Eventually Sintas is killed, leaving Ailyn to ply the family trade.

Time goes by—even a decade or two if you really wanted—and eventually Ailyn finds herself competing for a job with a guy in Boba Fett’s armor. Cue more pathos—on the one hand, this guy is impersonating her dead father, but on the other, he was never there for her, etc. Fighting through her conflicting emotions, she gets the drop on him and takes him down. The dying man pulls off his helmet—it’s really Boba.

“I thought you died on Tatooine!”

He dies. She puts on the armor. End act one.

Some people—understandably—will never not roll their eyes at a Boba Fett movie, which has every single reason to be Chronicles of Riddick all over again. But in my opinion, this general idea is simply the best-case scenario. It’s a genuine mining of the EU’s good stuff like LFL is always saying it wants to do, it makes amends for the death of a character of color with a woman of color (who’s actually half alien, sort of, but unless they want to give their hero psychometric abilities they can feel free to ignore that part), and it’s respectful of Boba’s legacy while still giving the filmmakers a fresh protagonist who, really, is pretty much a blank slate.

A new trailer for Guardians of the Galaxy was just released—you know, from that other Disney acquisition—and if anything demonstrates that sci-fi movies are a totally new landscape these days, it’s the talking-raccoon flick. Marvel skipped past a dozen generic superhero characters they could’ve done next (and, sadly, several more women) because they knew people would get tired of the whole shared-universe idea if they weren’t constantly reshaping the perception of what a Marvel movie could be. Likewise, what’s the point of Star Wars spinoff films if they’re just going to be the kind of stuff we’re already used to, with the Star Wars brand stapled on?

Taking the big, mysterious badass of the franchise and replacing him with a woman would at the very least get people in the mainstream talking about Boba Fett again. It would be to 2016 what Leia taking over her own rescue was to 1977, and it would decisively shift the media coverage away from “wait, didn’t he die already?” It would get women talking about Boba Fett again. And done well, it would show a new generation of Star Wars fans that everyone can be a badass.