Warcraft has plenty of things to offer other media, especially since as a franchise it’s rife with pop culture references. It’s an expansive world whose unexplored corners, plot holes, and possibilities for expansion echo those of Star Wars. As something of the definition of its genre and a mishmash of references and ideas, it has much of the worldbuilding feel of Star Wars. There has been much discussion over the last few years about whether Warcraft is a dying franchise, but it certainly doesn’t feel dead to those of us who lose $15 a month and much of our free time to it. No other MMO has been able to knock it off its pedestal, despite quite a bit of effort (even from SWTOR). It’s successfully navigated many years and quite a few different markets, and has much to offer to other massive media franchises. 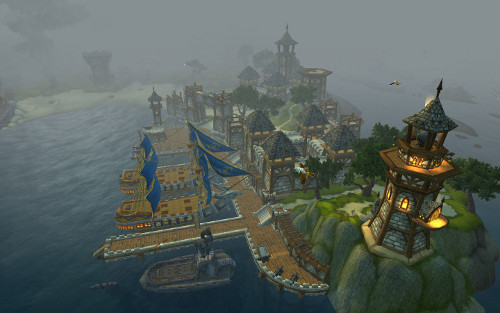 I’ve been through quite a few corners of the Warcraftverse, and let’s be honest, there are some plotlines that just don’t interest me. One of the reasons I can’t seem to get away from Horde-side is because Alliance plotline hasn’t dragged me in. A lot of us are bored to death by trolls by now, and are clamoring for more humans and elves in the main storyline- and then we get more of them in a smaller side plot! There’s something for everyone in game and in the lore, and wherever you go in the world, you find diversions from the main storyline that often interest people. Warcraft takes excellent advantage of being a large universe that can have many plots going on at the same time, while also not making it necessary to know every last detail about all of the stories.

For better and worse, Star Wars is also an expansive universe. I like to think I’m pretty knowledgeable, but ask me obscure things about the politics of the old Jedi order, and I’m not going to have much intelligent to say. (Well, I wouldn’t have before I wrote that article on the Jedi.) Embracing how big of a universe Star Wars is and telling stories from many corners of that universe is essential to maintain the fanbase. The former EU was excellent at having several books and comic lines running, and continuing this trend is a great way of keeping the whole fanbase interested. Some of us don’t want to know about political intrigue, can’t follow harder military fiction, or really just don’t care about what the galactic underworld is up to at the sabacc table. Having several things going at once brings more fans in and lets fans find more of what they’re personally interested in.

Don’t be afraid to scrap things that aren’t working.

Sometimes, storylines just don’t work. Innovation can be a brilliant breakthrough or a spectacular flop, and when the latter happens, something does have to be done. Sometimes, that means just walking away from the idea.

A lot of us are, in a way, grateful that the literary EU ended with Crucible. Some of us loved some of the later EU, some of us couldn’t stand it. For better or worse, an EU reboot might be one of the greatest things to happen to Star Wars literature, and may have been the very thing that saved it. Ideas that weren’t particularly well executed, confusing plotlines that didn’t really match well with earlier work, and not being sure where to go after Crucible: all things that were easily dealt with by turning the EU into Legends, and by making it a vast amount of source material. The idea of just scrapping something that isn’t working is controversial, and no longer having the chance to turn things around is hard, but it was what had to be done. Also, the ending of one storyline but making its ideas available can easily turn into reusing good parts of that storyline.

There’s a lot of unfinished stuff in Warcraft. The developers have admitted how many raid and expansion ideas there are out there, and that some of them might show up again later. They’ve said “we had this thing planned but it just didn’t fit so we put it on hold,” and this often results in better ideas later on. The source material is so vast, with so many little plot hooks and holes, that even things that have been shelved may turn up again. We’re all waiting for that long-promised Emerald Dream expansion and finding out what really lies in the realm of dreams. There’s a long list of characters whose storylines just didn’t go anywhere, and we might just see them again. There was a plan for a raid in the underwater realm that just didn’t make it into the game. Yes, it leaves unfinished work and plot holes, but if something just isn’t fitting, it might be better off to just let it die in peace.

Unlikely ideas are often better than they initially seem.

Pandas. Let’s start there. Pandas were an April Fool’s joke in the first place; Warcraft loves its jokes, and pandas were a particularly entertaining one. And then the pandas became an entire expansion. Say what you will about the idea behind it, but an unlikely setting made for plenty of plot, new places to go, and revitalizing a game that sometimes felt like it was old and creaky. The entire plot of the expansion took a dark turn and introduced a firmer Alliance and Horde conflict than we’d seen lately, and did an excellent job of tying together older plotlines and long-building tension. It turned out to be a surprisingly good idea and lead into even better ones.

The general dredging up of old ideas and finding new uses for them is a perpetual well of new things to work with. The GFFA is a large enough universe that we’ve forgotten quite a few plot threads in the EU, and we might as well use them for inspiration. We have bugs, weird Force-using organizations, splintered political sects, and enough things for a whole jar full of ideas. Some of these ideas are unabashedly silly. Many of them could absolutely be turned into workable plots.

Maintain overarching plot in the face of other subplots. 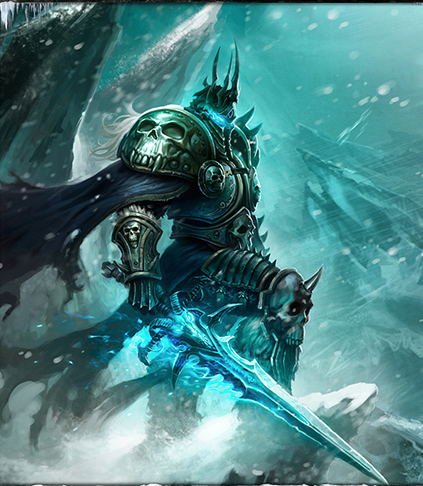 This is a big one. Throughout the Wrath of the Lich King expansion, we know our ultimate goal is to defeat the titular villain. However, we go on several significant side adventures along the way. We have to chase down the dragon who represents Magic and deal with his madness, find out just what the mysterious Titan fortress with an Old God inside holds, and then joust against each other to decide who can go fight the Lich King. Some of them ultimately have nothing to do with the plot of the game, some crop up later on, some are abandoned and still haven’t been picked back up again. However, we make it through the plotline introduced in the trailer for the game and mostly don’t forget what we originally started doing.

It’s easy to lose sight of the main plot when there are many other things going on at the same time, or when our heroes’ attention has been diverted by a secondary threat. The New Jedi Order is a lengthy series filled with small subplots, and keeping track of the overall goal can be quite difficult. Making the side-plots interesting and ultimately connecting them back to the main plot makes the diversions more workable. When Han runs off on an adventure with Droma and the Ryn, it seems like just another unresolved plot. Later, it shows up again as the Ryn intelligence networks assists the remnants of the New Republic in getting around the Yuuzhan Vong. Vergere shows up as the familiar of a Yuuzhan Vong priestess, and then again as a former Jedi and Jacen’s teacher. The new EU and the movies are going to have to keep track of an expansive universe that will likely have lots of stories going, and they’re going to need to maintain the plot despite everything that’s going on. This is a lesson from both Warcraft and the old EU: yes, have several stories going at once, but make sure to keep the overall story flowing. 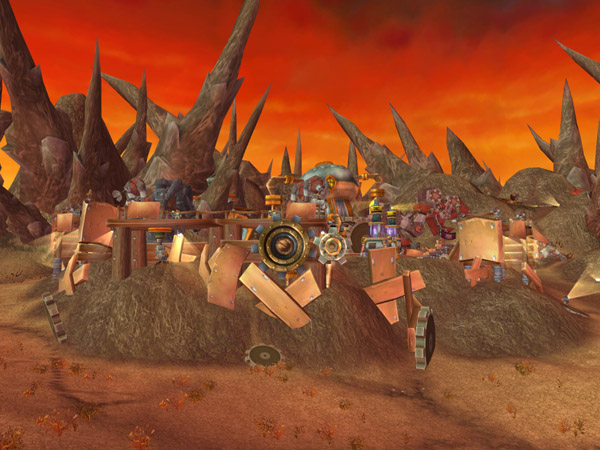 Two massive universes with truly incredible ensemble casts and places to take the story. So much to offer, so much to learn from each other, in all honesty. The feel of Star Wars is more of fantasy than hard science fiction, and it could learn so much from another very fantasy-based universe. I’m not sure I’d be able to accept an orc in my Star Wars, but when I wander through the Blade’s Edge Mountains and see a place called Toshley’s Station, I realize how much influence Star Wars has had on almost all other media recently.