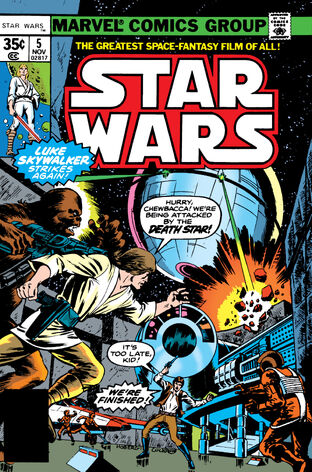 Lately, I’ve been using my series The Expanded Universe Explains to explore some of the more, well, overexplained corners of the Star Wars universe—namely, events referenced or implied by the original trilogy that have since been depicted multiple times (usually in a contradictory fashion) by further sources. While that process remains ongoing, my search for the best candidates has led me to the conclusion that perhaps the worst offender is not a single event, but basically the entire span of time between A New Hope and The Empire Strikes Back. Further, it occurs to me that in a quandary of this type we find likely the strongest argument in favor of the Story Group, and therefore its greatest opportunity to strengthen this new canon we find ourselves in.

Ask any old-guard EU fan which era of SW is the most crammed full of stories and they won’t even blink before responding with the aforementioned time period—0-3 ABY, as it’s (ostensibly) known in-universe. We tend to think of that era as a nonstop relay race in which our heroes dash from one adventure to the next with scarcely a bathroom break in between; and while there are indeed hundreds, literally hundreds, of stories set there, the truth of this problem is much more complicated.

It started, naturally, with the release of ANH. While tie-in fiction in those earliest days was pretty much as commonplace as it is now, there was no precedent for a multimedia franchise on this scale—and so the Star Wars machine’s many hands rarely knew what each other were doing. One old rule of popular fiction that’s still commonplace today is that every story is someone’s first; with ANH being the omnipresent singularity at the center of the machine, that meant that pretty much everything was being written, at least at first, as if Luke, Han and Leia had walked out of that medal ceremony and (with a quick stop to redo Leia’s buns) straight into whatever story you happened to be holding in your hands.

And while it seems in retrospect like a safe assumption that the Rebels would have gotten their asses off Yavin IV mere moments after that last circle wipe, SW was so entirely without precedent that it would be quite a while before any tie-in material was given the leeway to confidently depict their departure. Even a crucial yet comparatively trivial piece of context from Empire—the fact that Jabba’s agents were still pursuing Han—didn’t make it into the monthly Marvel comic series (which had been allowed to cancel Han’s debt about a year earlier) until issue #37, released about a month before the film.

That they desired, at least, to keep things consistent was admirable, but it’s hard not to get the impression that the early EU was playing catch-up in a way that makes the George Lucas of the prequel era seem downright collaborative. In fact, it wasn’t until the Goodwin/Williamson Star Wars newspaper strip, in a story published eighteen months after Empire‘s release, that the EU was able to explain exactly how the Rebels ended up on Hoth. 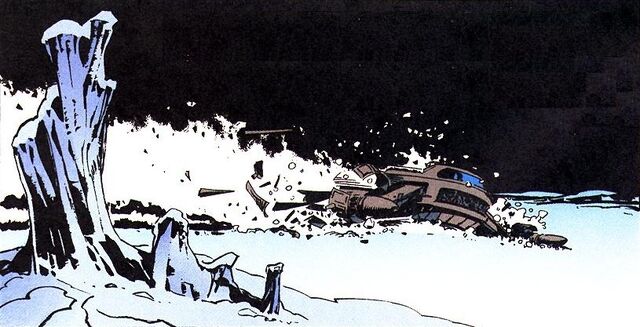 So at this point we haven’t even gotten to Return of the Jedi, and already we have years’ worth of storytelling set on Yavin Base in the “immediate” aftermath of ANH, and only the very beginnings of storytelling that incorporates and explains Empire‘s status quo. Jump forward thirty years, and not only do you have at least three origins for Echo Base, but numerous further stories purporting to immediately follow the Battle of Yavin—it seems that as the franchise as a whole expands and becomes unwieldy, the gravitational pull of those “what happened next” stories only gets stronger, up to and including Brian Wood’s Star Wars ongoing from just a couple years ago (though thankfully that one at least avoided Yavin).

So the truth is, those three years aren’t really all that full. For all the dozens of comic issues and hundreds of newspaper strips released around the same time as the movies (and the wealth of further material that’s since been released), time passes slowly in fiction. A comic book arc that takes several months to unfold in real time can very easily cover only a day or two in-universe. The problem, then, is that they’re all on top of each other, and they’re all telling the same stories. Not literally, for the most part, but in the sense that Yavin is a giant red gravity well in the timeline, and the closer one gets to it, the harder it is to truly progress from it. 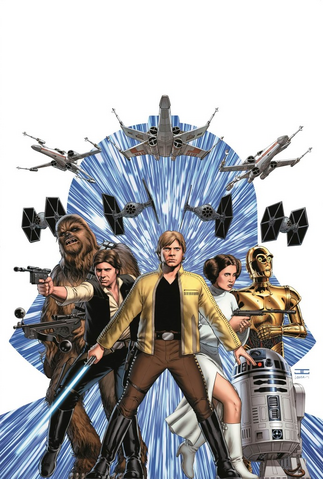 And now here we are with a new canon, and it might be happening all over again. Marvel has two new ongoings and a miniseries all billed as following ANH, not to mention the Luke novel Heir to the Jedi coming out around the same time. I’m optimistic that Story Group will be able to keep the time period of the sequel trilogy from being as nonsensically cluttered as the OT is, but their first challenge is to use hindsight and the nigh-endless experience of the EU to present a coherent, thoughtful sequence of events for these three years. The exact chronology isn’t clear yet, but if HttJ takes place, say, six months after ANH, for god’s sake, make that clear in the story. I want to feel those six months in Luke’s character, and if a story in the comics takes place at the same point in time, Luke shouldn’t be there. If he gets so much as a papercut on the fourth day after Yavin, I want to see a band-aid on his finger on the fifth day, no matter how much time separates those two stories in the real world.

You have to assume that they don’t want to totally hamstring Kevin Hearne, Jason Aaron and company by slaving them to a concrete chain of events free from authorial input, but on some level, it seems to me that that’s exactly what Story Group is for. It truly was time for a new way of doing things in this franchise, and if a reboot was the price to pay for that, I’ll pay it gladly as long as they don’t make the same mistakes all over again. Five years from now, I want one definitive “Vader learns Luke’s name” moment, one definitive launching of the Executor, one definitive Hoth discovery, and one definitive bounty hunter on Ord Mantell.

But first, get them the fuck off Yavin.

2 thoughts to “Story Group and the Perks of Planning Ahead”