One criticism made of my Frankenstein Continuity piece published a few weeks ago is that it was based on an assumption that the makers of The Force Awakens and more did not wish to work with the Expanded Universe. That would be correct, but what if they really did? My prior piece considered only that there would be no interest or only half-hearted corporate interest in creating a horror-style fix. A genuine desire to be collaborative would open up a litany of possibilities.

Now before anyone says that that did not, nor is going, to happen, I’ll say this: where would be the fun be in that? The point of articles like this is to have a bit intellectual fun and look at what might have been, and perhaps, in some cases, what still might be.

People always like to say they will work together, when really doing that requires signing up to shared success, which ego argues against. It is a rare individual who wants to really collaborate well with others, who takes a job working on a franchise, accepts they have to work with characters and situations not their own and aims to leave things for others to use. In a lot of ways, it’s a shame John Jackson Miller and John Ostrander were not able to have more impact as they embody this attitude perfectly. Unfortunately they tend to be in the minority! 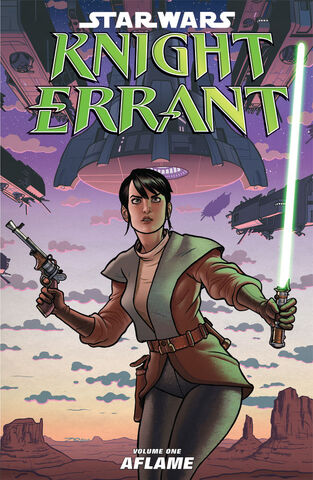 Due to this, had Disney decided it wanted to take a collaborative approach, that would have tipped the EU into utterly uncharted territory. Oh there were moments of great work – the 2002-2005 Clone Wars material, the X-Wing books and comics, Knight Errant the same, but alongside this? Much back-stabbing, super-competitive egos on the rampage and a general tendency to not all be on the same page were legion. It could be argued this inability to form a collective ethos and vision stemmed from the top, from Lucas, as if he saw no reason to work with his own films, why should anyone else?

Could it have worked with the timeline? Say it’s set forty-five years after the first film, that gets you Luke, Han and Leia in their mid-sixties. OK that’s solved. The plot needs the Empire back? OK, they never really went away, after all, so just need a rationale for the galaxy, or parts of it, to be pro-Imperial. Say, there was this alien invasion that wrecked hundreds of thousands of worlds and was really badly fought by the Republic, would that do it? Likely, it was only the power of the plot that saved the galaxy then in any case! It’s certain some politician would try to capitalize on it by stirring things up.

Ah, but how to deal with the problem of dead kids and a dead wife? There would be an easy way to side-step this one, it would be controversial, perhaps as infamous as the timeline change in Star Trek, but who says the trilogy has to be about the next generation and that generation is to be represented by Luke and Leia’s kids? Who is to say there cannot be a new set of characters, with no blood relation at all to the old characters?

(And the other flapping plot threads from that infamous book, Crucible? I know, let Ep VII come out, let the story be known and then announce that James Luceno is doing a bridging book that’ll sort it all out. Everyone will relax, I promise!)

Alternatively, Disney decides to go the riskier path, at least in corporate terms, by making overt references to the story spun in the books and comics! Corporate wisdom says that this cannot work, that audiences do not want to get to a film, then find it talking of stuff they do not know about! Badly written, the film could well come across that way but skillfully written? A smart film would not baffle the audience but ease them into a world they both recognize but not, without giving them the sense they needed to do homework before viewing! It could even go one step further: it makes allusion and mention of all manner of adversaries fought over the years and then weaves them into a diabolical, decades-long master-plan by the villains! (By the way, that crackling sound you hear is the internet burning.) 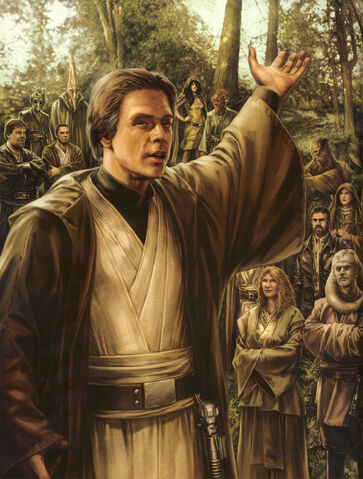 Having done that they might as well go for broke by taking out the two massive flaws of the EU: political dysfunction and monomania. The latter is the bigger offender. From 1999 onwards there was a nasty tendency to render everything as one form only, thus the Jedi Order, even if it was thousands of years earlier, suddenly had a no attachment rule. Luke Skywalker’s order, despite it being built with limited knowledge of its predecessor, was suddenly a mirror image of it. Similarly the former: the attitude became that the Republic was not merely dysfunctional at the time of the prequels, it had always been so! What links both is a fear of change and a fear that audiences will not accept it.

Why does this matter? The point of the Rebellion in SW was to restore the Republic, not to the mess it was before Darth Sidious executed it, but to what it should be. Similarly the thinking behind Yoda’s line to Luke about passing on his learning is that the Jedi should return, but again, not as they were. The EU lost this sense of idealism and looking up in favor of a misplaced pursuit of grubby reality in its stories. It started reflecting the world rather than going contra-flow to it, which wounded it badly as SW became grim. SW can be a lot of things but grim? No.

Whatever else you can say about the prequels, you cannot confuse them with the first films. Bridging the gap between them is where the EU came in and there’s no difference with the new films, except the bridge, in this picture, is already built! That means the new films can be every bit as bold in establishing their separate identity and need to be, lest they be described as a mash-up of their predecessors.

Over the next six months I expect more actual story info to be revealed via trailers, that in turn will cast new light on how much the reboot really was warranted. My own suspicion is that the story revealed will be such that it is irreconcilable, despite the best efforts of fans to do so, but what if it is not? Could be a successful Frankenstein continuity ends up being created after all!