When the title of the first Star Wars spin-off film, Rogue One, was announced, the conclusions jumped to by many people were so astronomically large that they could be measured in parsecs. It’s the Star Wars version of Top Gun! It’s all about Rogue Squadron’s formation! Felicity Jones is Wedge’s daughter! Denis Lawson may be coming back! There had better be a dedication to Aaron Allston!

Let’s slow that roll down and reexamine what the announcement told us. Right now, we know nothing about Rogue One except for a title, its director, the writer, one actress, and the film’s production posse. Everything that is being inferred springs from established lore, books, video games and magazine articles, 99% of which do not exist in canon anymore. The only reason people even remember the name Rogue Squadron (aside from it sounding cool) is because of these materials, it certainly is not at all emphasized or fleshed out in the movies.

This is not an article to put down other people’s presumptions and theories about Rogue One while purporting my own. I am excited for the possibilities of the film, but I also temper any sort of assumptions I might make about the film’s scope, events, characters, tone, timeline, 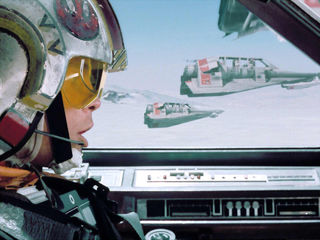 and anything else. The easiest thing to do when something is announced or rumors come out is to immediately start filling in the gaps in the information provided with things springing from our own imaginations. We imagine the most wildly awesome and incredible things, or perhaps the worst, most terrible outcome that could be.

There is nothing wrong with imagination, not in the least bit. It is the runaway imagination, one that builds up the anticipation to an unreachable height, that needs to be reined in. Tempering that takes a good amount of critical thinking and self awareness, an ability to look at the facts around what might happen objectively. Asking questions and thinking about the answers you might be able to get from the few things known for sure means you do not build up fantastic expectations that cannot be met.

Will the film be about Rogue Squadron? Perhaps; some signs are pointing in that direction. But even if it is, there should be no expectation that it will in any way resemble the same Rogue Squadron we came to love in the Expanded Universe. Rogue One could very well be a peer in its place on the canon timeline leading to The Force Awakens, meaning few to none of the original trilogy or EU Rogues will appear and the cast will be wholly original, perhaps even expanding on characters featured in TFA itself. The Rogues we get might not be the Rogues we are longing to see. 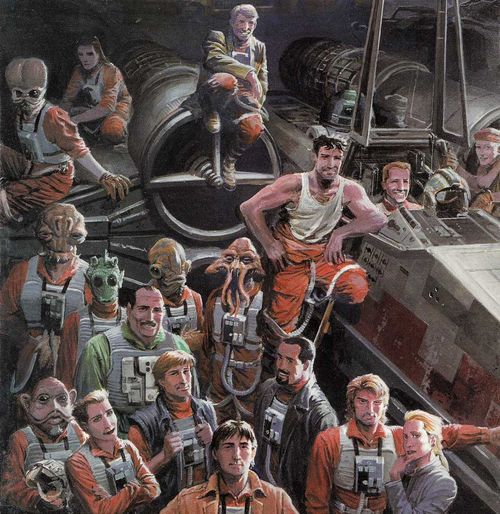 Will the film draw from Mike Stackpole and Aaron Allston’s work in the EU? Again, it’s impossible to say based on the current information. Stackpole wrote a blog post on the topic, and aside from thanking fans for their support and love to help make Rogue Squadron a household name, he offered no spoilers or hints; he is as in the dark as we are at the moment. While some of the world and organizations that Stackpole and Allston built may wind up informing the film, assuming that they will draw anything from the novels, an event, a location, a name, is assuming too much.

Will the film feature X-wings at least? This is the common assumption, but we cannot say even this for certain. For all we know, Rogue One may be a codename, or a troop designation, or a commando unit. An entire film about pilots doing pilot-y things may not be the sort of follow-up to a highly anticipated blockbuster that Lucasfilm and Disney desire for The Force Awakens. They may want a more general, accessible film that does not cater solely to the part of the fandom who love the starship battles above all else.

So what sort of film are they going to put together? We can gather some rather broad information from the pedigrees of those involved with the film on a production side. For Gareth Edwards, a film with a military focus would not be out of the realm of possibility, his previous films do have a heavy military presence. The film’s executive producers, John Knoll, Simon Emanuel and Jason McGatlin, all have long and varied film credits, from five of the six previous Star Wars films to The Dark Knight Rises and War of the Worlds, with stops at basically every big-budget franchise in between. Tony To, one of the film’s two producers, was a major force behind Band of Brothers. Kathleen Kennedy has, of course, produced a lot of things, especially those Spielberg has directed, and John Swartz has been her production assistant for some years. There is little to infer there. 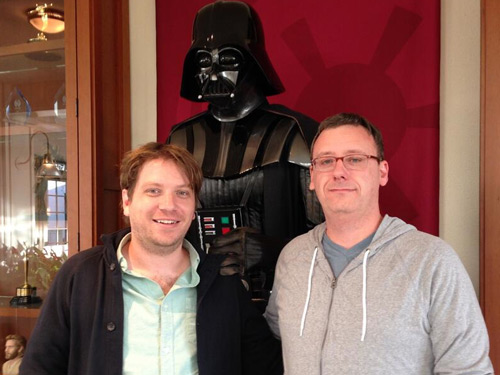 The composer, Alexandre Desplat, has won an Oscar for his score to The Grand Budapest Hotel and has an incredibly diverse portfolio of film genres under his belt. John Knoll, the one who originated the story, has a very long and storied career in special effects, but not necessarily with writing or scripting. Chris Weitz wrote and directed About a Boy, and oversaw the film adaptation of The Golden Compass. Gary Whitta, who wrote the first draft and coined the title, also wrote Book of Eli and the convulsion-inducing After Earth. We really cannot infer anything about the film from a production crew standpoint, then. There are no outstanding specialties or one-trick-ponies among the crew, from executive producers down to the writer, and no common thread that unites them.

Again, I am not here to propagate theories of my own or put down possibilities others have raised. Until we have found out more about the film for sure, not just rumblings on forums or rumor sites, I do not want to note anything with any sort of certainty. Remember when everyone said this film would be about bounty hunters stealing the Death Star plans? Just because the film is named Rogue One does not mean those rumors are automatically and completely false. Reports of concept art that show a group of soldiers accompanied by an armed transport undergoing a nighttime operation and storming a compound came out shortly after the title was announced.

To reiterate, at this point, we do not know anything.

No one should be jumping to conclusions. By all means be excited, be happy, but do not set yourself up yearning for something that very likely will not come true. It is exciting to get another Star Wars film just a year after The Force Awakens, and even more so that it will be, to quote the Official Site, “the first film in a unique series of big-screen adventures that explores the characters and events beyond the core Star Wars saga”. I simply believe that it is important to temper the excitement with a bit of cynical reality.

At least it’s not the Jabba the Hutt movie, right?