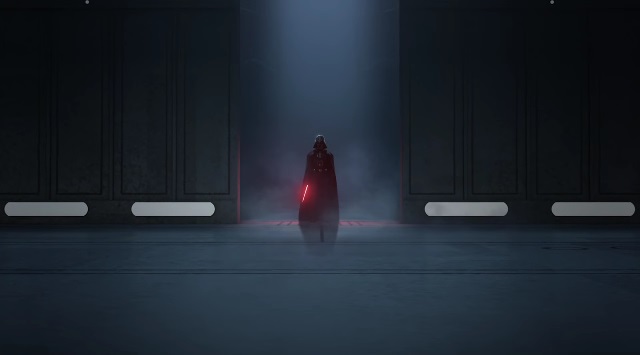 Any look ahead at Season 2 of Star Wars Rebels must first reflect on what’s come before, and who can forget the end of Season 1, when the Empire Base Delta Zeroed the hell out of Lothal once and for—oh, wait, no, that didn’t happen (yet). Whoops. In reality, Kanan was rescued, the Inquisitor went swimming in a fireball, and Ahsoka Tano showed up to see our heroes safely away from the Empire’s clutches.

There have been two previews for next season so far, the one linked above and the three-minute trailer that premiered at Celebration Anaheim. The hour-premiere, “The Siege of Lothal” airs this Saturday, and whatever the state of the planet at the end of the titular siege, it appears that the Ghost crew, with Ahsoka in tow, will be spending a good chunk of the season out in the rest of the galaxy, evading Darth Vader and/or sparing Lothal from further Imperial attention.

Threaded through most of the preview material—including a team-up with Rex and other former Grand Army clones from The Clone Wars—is an interesting development that I’m eager to see explored: Kanan and Hera seem to disagree on the crew’s role now that their status as part of an organized rebellion is more clear. “I survived one war,” Kanan says in “Siege”, “I’m not ready for another one.” Furthermore, the creators teased at Celebration that he isn’t very fond of Rex—who, of course, is identical to the men who killed Depa Billaba and all the other Jedi. For a significant rift to develop in everyone’s favorite “space marriage”, a lot of Rebels‘ very premise would be thrown into question—to say nothing of Ezra’s Jedi training, on which I’m sure Ahsoka will have a thought or two. Whether major divisions among the cast will be a substantial feature of the season or just a brief detour remains to be seen, but it’s an exciting sign that the character depth I’ve enjoyed thus far will only be getting stronger. How about you guys? What has you most excited—or worried—about the coming episodes? 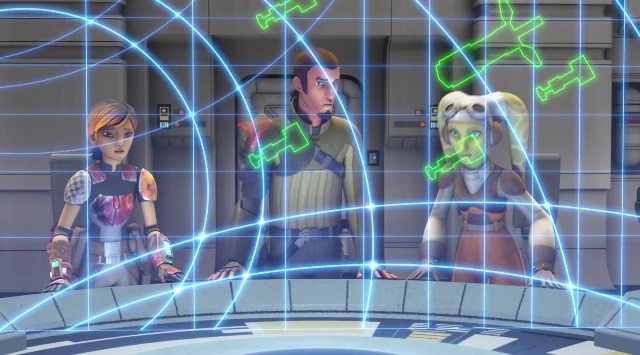 Ben: The Season 2 trailer for Rebels promised a lot: more action, more danger, more drama and adventure. It also promised the reappearance of at least five characters from Lucasfilm Animation’s previous show, The Clone Wars. My reaction? Acceptance, as it tends to be with most matters involving TCW. TCW is clearly Dave Filoni’s baby and he was looking to bring these characters back and continue telling their stories. If someone was watching Rebels and did not expect this to happen at some point, they were kidding themselves.

The fact that Ahsoka, Rex and others are coming back is not all that exciting to me, but it is not something that infuriates me either, mostly because it makes a lot of sense even discounting the two shows’ shared production members. The characters who are returning are all ones that were born on TV. Having their stories continued (or ended) in the same format makes sense, as it keeps their portrayals familiar despite the time having passed since we last saw them.

Will Kanan hold a grudge against Rex and co. for the death of his Master during Order 66? Will Ahsoka teach Ezra more about the Force, or concede the role to Kanan? Will her affiliation with the crew hurt them by drawing the Empire’s wrath even closer? Will Hondo ever get that big score he’s been searching for all these years? Who else might show up at some point, good or evil? Only time will tell. 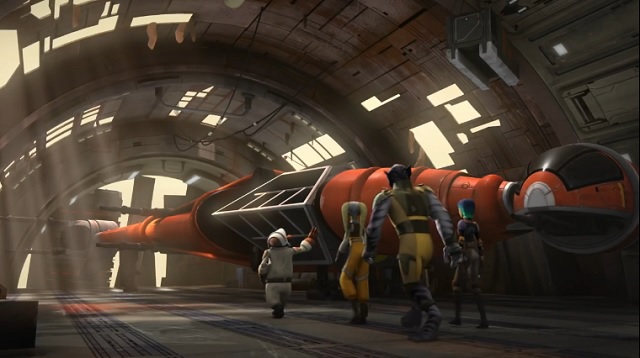 Jay: The easy answer would be that Vader has me most excited and most worried, but I think most people are aware of the ramifications of using Darth Vader too sloppily. Relying on Vader too heavily diminishes the character because it requires the heroes to be able to evade him with regularity (note how quickly Kallus and even the Inquisitor began to seem ineffectual). On the other hand, Vader is awesome and seeing him restored to the real iconic screen menace that he should’ve always been is going to be great. Buuuut… let’s talk about something more interesting, or at least something that doesn’t go without saying.

I’m excited to see the show live up to its name, and show us the beginnings of the Rebel Alliance. We saw a lot of early glimmers in Season 1: we saw Bail Organa in the second episode, we heard Hera discuss cells and Fulcrum, and then we finally saw the resources they had available. They aren’t the Rebel Alliance yet though, and as much as the Ghost crew needed Ahsoka and Organa to rescue them, the Ghost crew is also a symbol of what a real Rebellion needs to be able to do. I think they will work well together, and I am interested to see how this independent crew of do-gooders does with a real structure and organization. We already heard from the trailer, Kanan doesn’t like being a soldier. Sabine already had her issues with being in the dark earlier, and I imagine that Ezra and Zeb aren’t exactly sure what cause they’re a part of yet.

I’m excited to see this all take shape. I don’t know that we’ll get a real Rebel Alliance yet but I like that we’re seeing pieces fall into place. The Ghost crew has learned how to inspire people and be more than an insurrection. They’ve actively become part of a larger movement. They’re probably starting off with some setbacks, but I think we’re going to see some development of their ideas of rebellion and inspiration. I don’t think they’re going to be the arms dealers they were at the beginning of the first season.

The thing that I would fear, then, is that it happens too soon or that it is too closely associated with the Ghost crew or Ahsoka. The Rebel Alliance — emphasis on Alliance — has to be a broad-based movement, and I want to see Ahsoka and the Ghost crew be a successful prototype and perhaps inspiration, but not the only part of the Rebellion. But we’ll see.

Lastly, even though I was a huge critic of small-universe syndrome in the first season I’m actually not at all worried about Ahsoka taking over the narrative because I think they’ll use her in a smart way, just like they’ll use Vader. And I think both characters will add a lot to the show by their mere presence. This is my stubborn hope, at least. Please don’t prove me wrong, Filoni & co.!