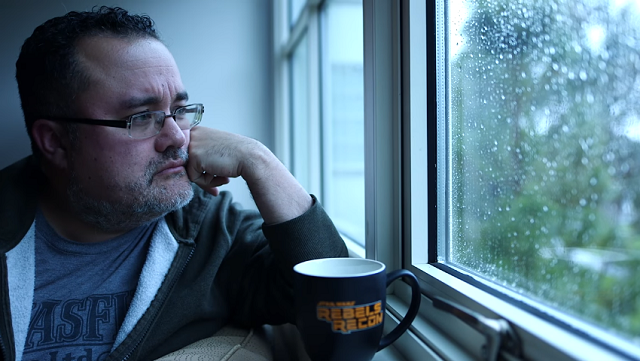 If you have any involvement whatsoever in the loose-knit community that is “Star Wars Twitter”, [1]And if you’re not, fair warning—parts of this piece may not make much sense to you. Story Grouper Pablo Hidalgo is hard to avoid. While several other prominent Lucasfilm employees have Twitter accounts, Pablo almost certainly has the biggest profile among major (read: obsessive) Star Wars fans, due to his status as one of the company’s “continuity experts” and his willingness to answer, or at least respond to, even the most inane and redundant questions. Needless to say, those questions are exactly what he gets, and while he must find it rewarding or amusing on some level, the intensity of the reactions he can provoke occasionally seems to frustrate him—over the last couple months, he’s made a series of lighthearted attempts to rebrand himself as a Transformers artist (which, okay, he technically is), a Revan stan, yours truly, and as of this writing, a lovable kitten.

Truth be told, I suspected as much from the minute my first viewing ended. I loved the movie in that moment, and I continue to love it. [2]Though I’m still not crazy about the CGI Leia, which means each viewing ends on a tiny sour note. But sure enough, I love it in the way I love the best of the EU; it’s like an amazing behind-the-scenes feature about the all the work that went into the real story that is A New Hope. It’s an excellent and vital supplement to the Star Wars saga, but it’s a supplement nonetheless.