With news of Ron Howard taking over, concerns over what had been going on earlier in the film’s production had been laid to rest (for the most part). However, there was still skepticism regarding what Solo: A Star Wars Story would be about. What could we possibly gain by learning about a younger Han Solo’s journeys through the galaxy? Han has always been a beloved character within the Star Wars community and the idea of putting an origin story to his name seemed risky at best. It was already a big, yet necessary, gamble killing him off in The Force Awakens. Thankfully, that gamble paid off. I think the ultimate question fans of Han Solo are asking is this: will this film change the perception of Han’s character that many fans have had for several years? Hopefully, yes and – hopefully – no.

Han’s character development in the Star Wars saga is interesting because he’s the only one out of the main trio who is going through an existential crisis. Luke jumps into his training as a Jedi and Leia has always been a fighter against tyranny. But Han is thrust into this world of politics when he has never had an interest in it before (that we know of). There’s an internal conflict within Han that pits his love of independence against this new desire to help the Rebellion. We see that struggle in the Han Solo comic series about his undercover mission 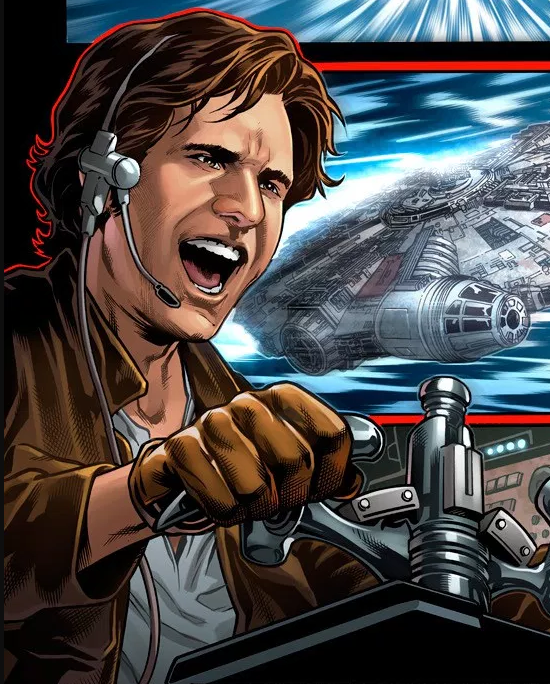 His inner conflict continues well past Return of the Jedi and it isn’t until Rey and Finn run into him that we see a quiet resolve in Han’s character. He understands the pressure of trying to save the galaxy and has accepted the existence of the Force. His character arc comes full circle when he sacrifices himself trying to save his son. So, how will Solo contribute to this and why is it necessary? An origin story about a younger Han Solo will give us an understanding of how far back his inner conflict goes. Perhaps there was a small part of him that wanted to stick it to the Empire before he met Luke and Leia.

Han’s character arc still leaves a lot to be desired. Ambiguous origins are often better for creating new stories but, in this case, we need context for Han’s background. Perhaps we are still mourning the bitter end of a beloved character, but a movie detailing where he came from would be the perfect way for us to understand such a dynamic person. This Han Solo standalone film could give us an idea of the choices he had to wrestle with as a child and how those experiences shaped him into the scruffy-looking nerf herder we all love.

From the casting of Solo: A Star Wars Story, it is implied that a younger Han Solo will have a mentor who teaches him how to survive the galaxy as a smuggler. But what of his parents? If Han lost his parents at a young age, then it could be assumed he had to learn how to rough it on the streets by himself. Learning about Han Solo’s life as a kid, even just through flashbacks, can give us a glimpse into how he turned to smuggling. In addition, knowing what his mentor was like and how he regarded the galaxy around him will give us a better understanding of Han’s outlook on life.

Of course, we know that Chewbacca will be in this film. But what we don’t know is how he will be introduced. Some of the most important questions that have been asked about Han’s life surround his and Chewbacca’s eventual friendship. According to Legends, Han rescued Chewbacca as an Imperial pilot and the duo escaped the clutches of the Empire with the help of the Rebellion. With this Han Solo film, there’s a good chance that we will get to see how Han and Chewbacca formed their friendship. How that bond is formed, whether through a life debt or other means, could play into Han’s upbringing. 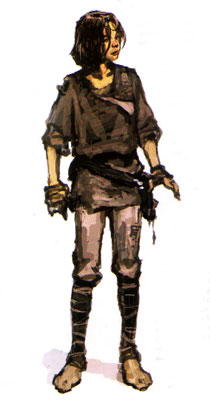 There have been a lot of bumps in the road leading to the finished production of Han Solo’s story. The skepticism regarding what Han’s youth could possibly bring to the table still hangs in the background. Telling the origin story of a beloved Star Wars character, especially Han, always creates tension in the room of the Star Wars community. Let’s not forget that Han was going to appear in Revenge of the Sith as a ten-year old – but thankfully, that didn’t make it past the concept art stage. The cynicism behind the Han Solo film is understandable because of this.

With Ron Howard’s new role as the director of Solo: A Star Wars Story, Han will get the proper origin story he deserves. Most of the crew involved in its production have grown up with Han Solo being a staple character in their lives. The idea that those at Lucasfilm and Disney wouldn’t take the film seriously just does not make sense. Even Alden Ehrenreich, the actor slated to play Han Solo, had lunch with Harrison Ford in preparation for the film. What better way to learn about the character than letting the OG tell you about him?

Production issues aside, Solo: A Star Wars Story will be a must-see film when it comes out in May of next year. We will get the opportunity to see Han develop as a person and to gain a better understanding of how his choices made him who he is. This is the origin story we deserve and one that was a long time coming. This film will also give us a peek into the early lives of Chewbacca and Lando – side characters who have become just as important as the main players in Star Wars history. Solo: A Star Wars Story will illustrate how Han Solo became the eventual reluctant hero we all know and love.