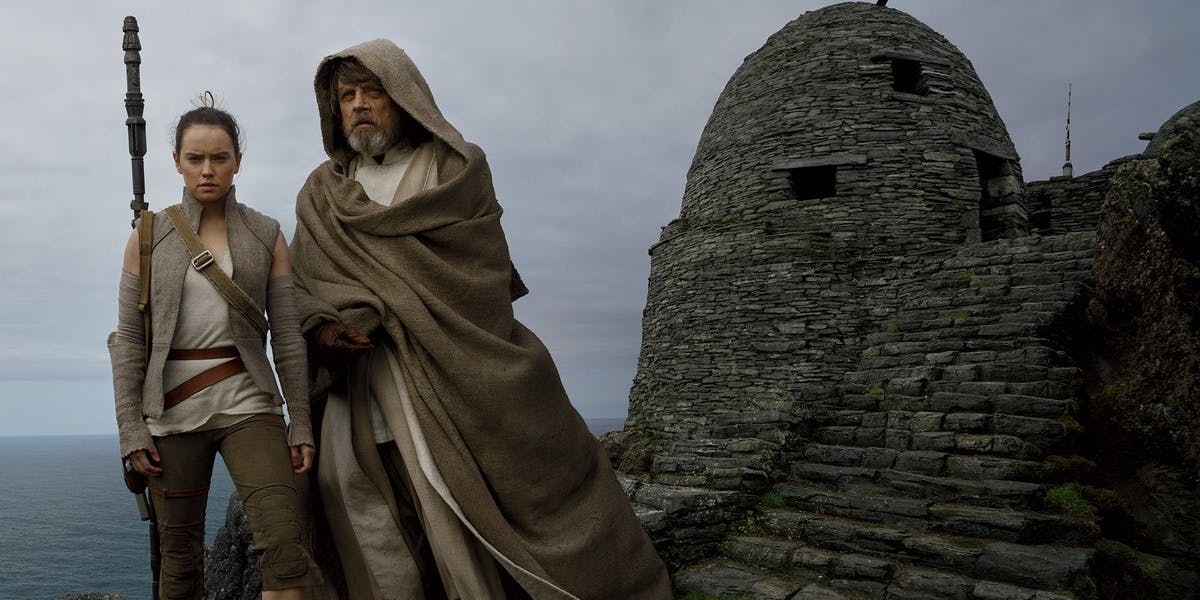 And that ten percent of the film I expected to dislike? Well, the Bloodline book did de-fang a lot of what TFA does with Han and Leia, by dating the collapse of everything for them as roughly six years earlier. That changes the picture quite a bit and lessens the impact. It’s notable that Han’s claim to be good at smuggling is complete bullshit. He wasn’t that good at it thirty years previous and age hasn’t made him any better. As an excuse for a man who blames himself for things he should not, it does work. Leia’s focusing on what she can do, rather than what she cannot – like convincing Han he should not blame himself – that works too.

Starkiller Base? Oh, boy. Strange as it sounds, I don’t particularly object to this as the approach of the Empire, or their successor; just keeping on with the superweapon development to realize the Tarkin doctrine is exactly what they would do. Given the difficulties that the construction of the Death Stars faced, it does need an explanation as to where it came from. I suspect it began as an Imperial project and was inherited by the First Order. I disagree that the existence of it devalues the victories against its Death Star predecessors, or that there was no point to winning – for all that it is scary by itself, a Starkiller wielded by either the Emperor or Darth Vader would be far, far more terrifying.

But why see TFA at all? It’s 2018, not 2019, this has all gone off early and with a film missing no less! Well, the principal reason is I did not anticipate being in the position I was in a week ago until 2019! In the last two years there has been much change in Star Wars and it is the combination of those changes that triggered my bringing this plan forward. The first change was, of course, the death of Carrie Fisher and, with her, the end of Leia. They’re not going to re-cast. No, they’re not going to do the Rogue One CGI re-creation route, nor would they have the time and money. (Those few seconds in Rogue One? Took months and were not cheap!) No, with the loss of Fisher, so too do the films lose Leia. This in turn cast a new light over speculation for TLJ, as that left Luke as the only main character left. Would they really go and kill off Luke too? The answer to that was found three weeks ago and numerous fires rage across the internet because of it – yes, yes, they do. In turn, that forced my hand, well that and one other thing.

In a way I probably ought to be more arrogant and close-minded due to how internet discussions can so easily go, except I’m not any good at being that. Initially I really didn’t like the picture being sketched of TLJ, it did not sound at all good and could really annoy. In the end, someone I respect a great deal came out with the killer query of how I could be so, in his phrase “passionately negative” (it’s a great combination of words, as it’s so succinctly and constructively critical), of a film I hadn’t watched? That in turn prompted a re-evaluation – do I still have this reason to hold off until 2019, until Episode IX comes out? Quite honestly I had never expected to find that, after the second film of the sequel trilogy, the main cast from the first films would all be killed off. So, nope.

The other reason I decided to see TLJ is a truth I have found time and again from talking stuff online with people. It’s not all about you or your opinion – by all means say what you think, try and be as clear as you can in whatever medium you’re using – but if you really want to learn more? You learn from others, you accept, as a starting point, that if people are really talking about something positively, even something you don’t ever see yourself seeing the same way, what are they seeing that you’re not?

I’ll confess that I did play the multiverse card on both TFA and TLJ. The one big conclusion I drew from Disney’s reboot of Star Wars in 2014 was the ‘canon’ status of a story didn’t matter a damn to me. Continuity and how stories link up to other stories, or fail to, yes, but that doesn’t require a ‘really happened’ status – I’ve enjoyed a great many Star Trek books that do not, technically, ‘count’. It’s quite nice having options, having Legends, which in its last years, traversed remarkably similar territory to that of Episodes VII and VIII, as it takes the edge off. So yes, I consider the sequel films a version as opposed to the version of events. And why not? There’s multiple versions of Star Wars’ peers, it might as well join the club. Nor can Disney complain when they’re the ones still flogging Legends merchandise!

The one big thing TLJ blew a big hole in was the hope that they actually had at least a rough idea of where they’re going. How? As has been discussed elsewhere at length, TLJ picks up TFA’s set of mystery boxes and resolves them in the flattest, most humdrum ways possible – Rey? A nobody, but to be fair, there was no good answer on this one. Luke’s reason for going to the island we see at the end? No grand reason, he went to die. Snoke? He’s just this bad dude, man. That’s it. Sure, Johnson had the boxes inflicted on him by Abrams, but shouldn’t there have been a general plan? One that says if you do this here it affects that bit there? Apparently not, instead, as homage to the first films, they are making it up as they go along. Now, I can go with that, if each piece builds on the last neatly, but TLJ doesn’t really do that either – it’s as if TFA went right and TLJ just does a real hard left. I wouldn’t rule out the possibility that Episode IX can bring a sense of cohesion to this trilogy, but I would have preferred it not to have been a game of directors challenging each other to get out of the hole the other puts them in.

Like its predecessor, I would expect TLJ to get some support from books and comics in the next two years. Sadly, I do not expect there to be much in the way of lead-ins to Episode IX, which will be a missed opportunity if it turns out to be so. What renders the way TLJ operates so strange in the wider context is that only a year ago Rogue One came out. It was a very confident statement of how they could do a film, link a book to it, pick up threads from it in other stories afterwards – it was a superb bit of coordination and it absolutely worked. Watch the film after having read Catalyst and those opening scenes play differently because you know the characters far better. If you just watch the film? It still works. Then along comes TLJ, a film that doesn’t really want to even work with its predecessor, never mind anything else. (In this respect, I think Johnson’s standalone trilogy could be far better than his work in TLJ.)

Finally, there was one reason I likely did have to see TLJ once I knew it killed off Luke. Given I had enjoyed Ken Liu’s The Legends of Luke Skywalker, I did have to see how it happened. Looking at the earlier article I did on that book, it’s interesting to revisit this paragraph:

I knew next to nothing of TLJ at the time, I was going entirely by what Liu had sketched in the tales spun. Turned out I was more accurate than I knew!

3 thoughts to “Fleeing The End: Why I Finally Watched The Force Awakens—and The Last Jedi”