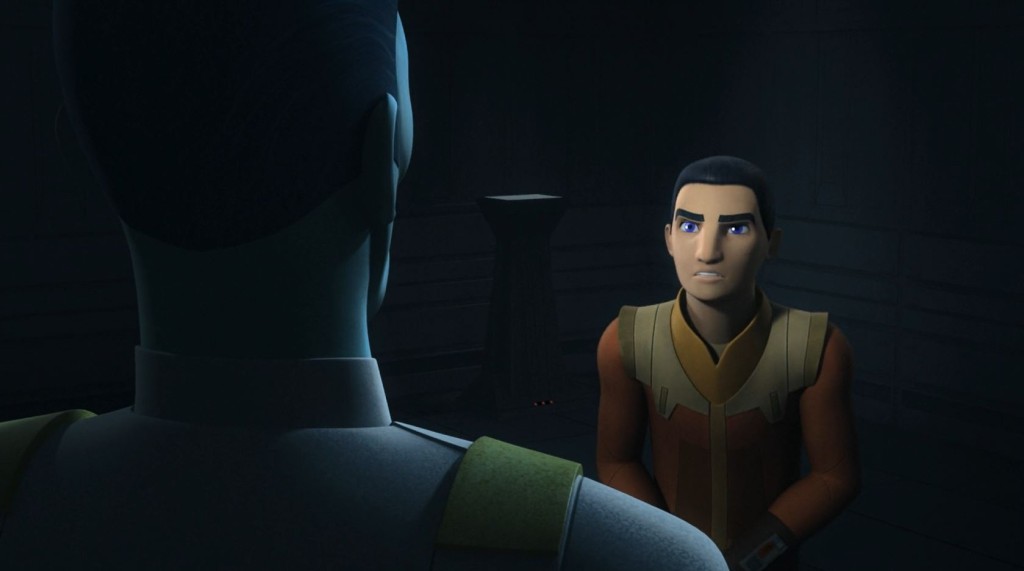 You think you can take whatever you want. Things you didn’t make. Didn’t earn. Things you don’t even understand. You don’t deserve to have this art or Lothal. [1]“Family Reunion and Farewell”. Star Wars Rebels. 2018.