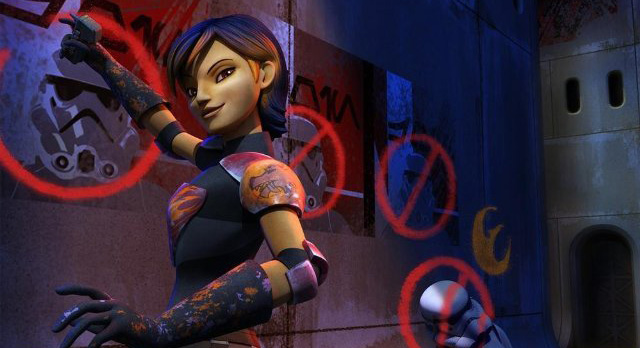 Mike: In addition to the many, many larger conversations that sprung up in the wake of the reveal of Star Wars Rebels‘ main cast of characters last month, some of us here at Eleven-ThirtyEight noticed an odd undercurrent to people’s reactions to both Sabine and Hera; well, maybe not odd, but unfortunate. Loosely speaking, it seemed as if people had certain preconceived ideas about what a good female character should be like, and were judging the females of Rebels one way or another less by their apparent merits and more by what they found “acceptable” for Star Wars—or even for popular fiction generally.

This warranted a response of its own, I felt, but as someone who’s fully aware of the specter of “mansplaining”, I asked guest writer Mia Moretti, author of the aforelinked™ “race factor” piece, to join me for a discussion of these issues. END_OF_DOCUMENT_TOKEN_TO_BE_REPLACED 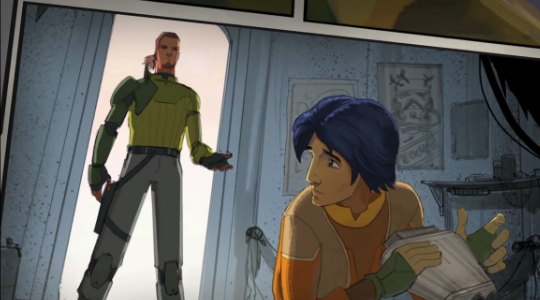 While the creative team behind the new series first tempted fans with images of the new villain—an Imperial Inquisitor, a chalk-white and black armored member of the Pau’an race—and showed off the cantankerous little astromech droid named Chopper, our first real look at the flesh-and-blood heroes of Rebels came in the form of the Jedi-in-hiding Kanan Jarrus. Kanan’s story is a familiar one to fans of the Star Wars Expanded Universe: a Jedi who escaped Order 66 flees into the unknown, growing distant from the life he’d led in order to evade the dangers of the Galactic Empire’s Jedi purge. What separates Kanan from the likes of Dark Times’ Dass Jennir or Coruscant Nights’ Jax Pavan, is that Kanan, whom early reports posit as the unofficial head of Rebels’ group of protagonists, appears to be a leading man of color.
END_OF_DOCUMENT_TOKEN_TO_BE_REPLACED