When you’ve been an Expanded Universe fan as long as I have, the different tiers of canon become sort of a sixth sense. I’m partly referring to the old Lucas-era system of letter grading—G-canon for the movies, C-canon for the novels, and so on—but even now, in the post-reboot phase where everything is considered canon, the more jaded fans out there will be happy to point out that no big-budget film director is likely to change his story because of a line in a years-old novel. That was certainly true of the Thrawn trilogy and its ilk, but many see it as equally true for books like Tarkin or Twilight Company, both of which lay down a lot of pipe, so to speak, regarding the status quo of eras that could easily be the subject of a spinoff film one day. What will happen, on that fateful day? I don’t know, but at a minimum I can understand skepticism on the matter.

But in the meantime, that same forgone conclusion—that the different forms of media constitute a hierarchy rather than a totally level playing field—is already playing out at the fringes of the franchise. Last month saw the US debut of Star Wars Rebels Magazine, a very child-focused periodical that’s been coming out in the United Kingdom since January. The bulk of the magazine is simple puzzles and little splashes of trivia not unlike Adam Bray’s recent Star Wars: Absolutely Everything You Need to Know, but each issue also features an original twelve-page comic story, most by English writer Martin Fisher. The stories are simple, befitting their length, but they’re solidly told and with nice art (Ingo Römling’s in particular) to boot. Twelve pages is about half the length of an issue of a typical American comic book, and with issue #10 having hit the stands in the UK last month, that means these comics have amassed almost as much material on the lives of the Rebels cast as the ongoing Kanan series from Marvel.

But while the latter is written by one of the series’ creators and has even been referenced, if obliquely, in episodes of the TV show, the Rebels Magazine comics are hermetically sealed—they utilize the first season’s complete bag of tricks, but nothing gets out.

The relationship between the show’s storytelling and the comics’ feels similar to the relationship of the film Serenity to its TV predecessor Firefly; a comparison made by many early in Rebels‘ life but that never really cohered for me until now. While major steps forward in character and plot development are the show’s purview, each comic is self-contained in the way than any single episode of Firefly generally was: simple setup-problem-resolution stories that shade in the characters, but only amount to slices of life in comparison to the more serialized events depicted on the show. Even Agent Kallus gets his own story—something fans have been clamoring for in episode form all along. 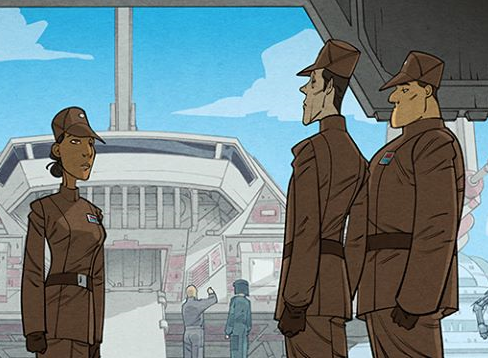 But in addition to deepening the existing characters, the comics have been slowly expanding the setting as well. Kallus’s story revolves around his relationship with another Imperial officer he went to the academy (on Coruscant!) with, who ends up having second thoughts about his own loyalty. Another story brings back the Zygerrian slavers in the form of MaDall, whose slave camp Sabine infiltrates and who ends the story in (potentially) a very interesting place. “Ring Race”, the story in the first issue (and thus the only one currently available in the US) introduces Galus Vez, a low-rent Besalisk crime boss who runs a space station with a veeerrry familiar design.

The thing is, each one of these characters—not to mention several others—could easily make an appearance on the TV series in the future. Martin Fisher was gracious enough to answer a few process questions for me recently, and according to him (not that this is surprising) the stories go through multiple Story Group approval/input phases, at basically every stage from the initial concept to the final script. European origins notwithstanding, this material isn’t being developed off in the hinterlands; it gets vetted just as rigorously as anything else.

The reality, of course, is that the production schedule for computer animation is far longer than for a comic. Even if it occurred to the Rebels writers to work MaDall, for example, into an episode, that would entail at least a year’s worth of development—first finding the right place in the season for it, then all the usual art design, character modeling, and so on—before actually ending up on our TV screens. Indeed, such a thing could even be in the works already; for the first time, Fisher was given access to season two’s first eleven scripts in order to better plan ahead, so the people in charge are clearly conscious of what he’s been up to.

Furthermore, making those kind of suggestions is exactly what Story Group is often said to be doing. In addition to all the obvious movie teases we’ve been seeing since Journey to The Force Awakens began two months ago, there are said to be larger things going on under the surface that we can’t even recognize yet; at the recent New York Comic Con, Pablo Hidalgo said that there’s “an architecture” to the latest books that will be clear if you reread them a year from now. When I asked Jason Fry about that process with regard 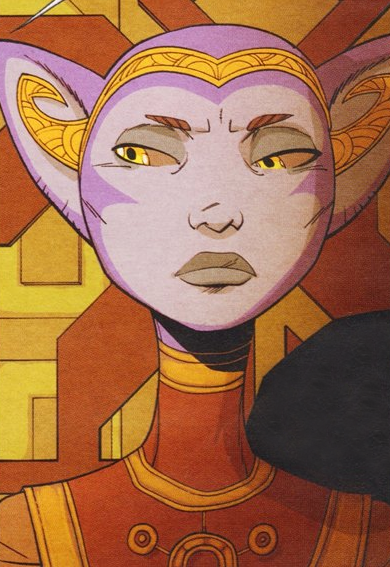 to his Journey book The Weapon of a Jedi, he added, “an interesting development is now I’ll get notes from Lucasfilm and Disney suggesting a mention of X, or an emphasis on Y, with an eye on the storytelling future, and not the past or some concurrent project. […] I expect that over the coming months and years we’ll start seeing the results of that ‘forwards’ coordination, and not just in terms of puzzle pieces such as the ones in the Journey project.”

Indeed, while Fisher confirmed for me that MaDall, to stick with my earlier example, is an original character of his and Römling’s, it isn’t totally implausible for the series to develop someone with the show in mind and hand them to Fisher in advance—and it’s pretty cool that that’s even a tiny possibility now. But from a certain point of view, that’s still just chum filtering down from the big fish to the little fish. What I’d love to start seeing, even if it’s something that only bears fruit over another year or two or three, is elements that genuinely originated in “obscure” material being recommended for use in “prominent” material—not just for their own sake, but because it would be a clear sign to fans like myself that Things Really Are Different Now, and it’s not just a fresh coat of paint on the same old machine.

Without spoiling how her story ends, I really would like to see MaDall appear as a [redacted] in a future storyline of Rebels. And as a giant fan of the X-Wing flight sim games, seeing Galus Vez’s Osisis Station on my TV screen would be up there with the coming TV debut of Interdictor cruisers, even just as a background cameo. We do know season two is going to be getting much more into the heroes’ past lives, so adding characters whose history is new to the show but not to readers would be a great bonus, without being any more confusing to viewers than, say, that mysterious acquaintance of Sabine’s. 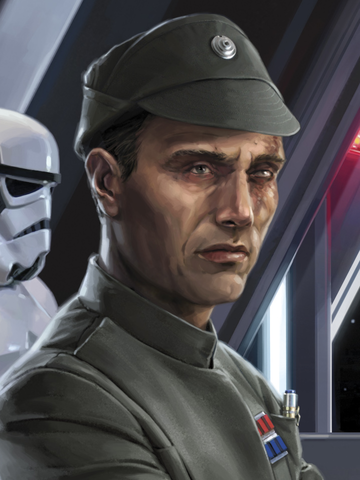 Of course, Rebels is just the simplest example of this—as perhaps the most likely example, if Zare Leonis ever returns to the series, I’d like to think that there’s a chance he’d have Merei Spanjaf alongside him. And if they could do it there, it would be an exciting precedent that would open doors—maybe within Lucasfilm’s creative operations, but definitely in fans’ minds—to the possibility of, I dunno, Hera appearing in Rogue One, or Hondo Ohnaka (please god) appearing in the Young Han Solo movie. When Mads Mikkelson’s casting in RO was announced there was a brief tizzy over the notion that he had been cast to play Admiral Montferrat, an Imperial character in the short story “Blade Squadron” whose appearance was (apparently coincidentally) inspired by the actor. On its face (pun not intended), this particular rumor felt like a stretch—and Mikkelson later clarified that he’s not even necessarily playing an antagonist—but not taking one particular example seriously doesn’t mean I wouldn’t love to see exactly that kind of thing happening.

Comparisons to the Marvel Cinematic Universe are a dime a dozen these days, and not always positive, but one of their smartest early moves was contracting Samuel L. Jackson to play Nick Fury in nine freaking movies, based entirely on the creators of the Ultimates comic having used his likeness for the character. The idea was great, but far greater was Marvel demonstrating the ability to spot a good opportunity and run with it, regardless of where it had come from.

I suppose that, in a perfect world, crossovers and callbacks from medium to medium would be so organic that us end users wouldn’t really know how they originated. I’ve gotten to know the creative VIPs well enough over the years to say that they’d probably much prefer we focus on the stories themselves and not worry too much about how the sausage is being made. In other words: I may never really know to what extent I’m getting the thing I’m advocating for, but I know a great place they could start.