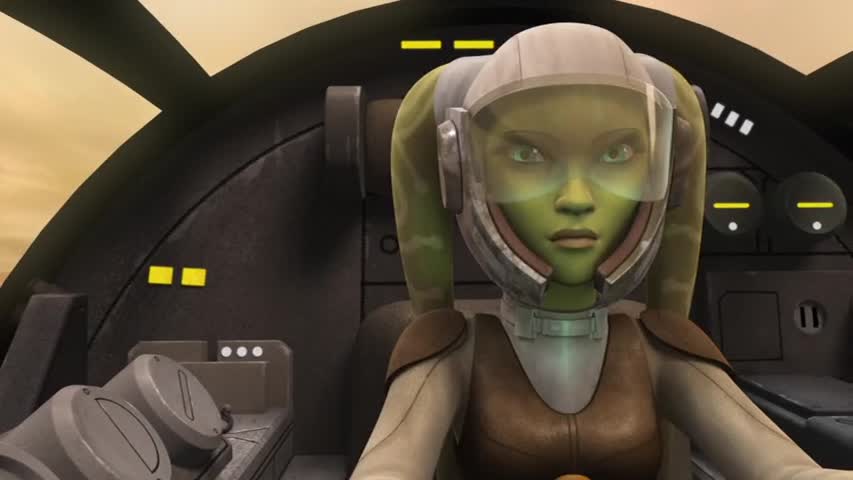 One thing that we’ve known about Hera right from the get-go is that she is a fantastic pilot. She’s taken the Ghost to some places that should be utterly impossible to go, and saved the lives of her crew a dozen times. We’ve also seen that she’s a compassionate leader, a true team mother, wholly devoted to the welfare of those with her and around her. She can wrangle even the most extreme of loners and rally them to a cause: the cause of freedom and justice.

As captain of the Ghost, she’s served in both capacities for the first season and now into the second. But as Rebels has evolved and the scope of the story expanded, the status quo has been shaken numerous times and in several ways. But the most realistic thing is how actions and choices made have had consequences that are both good and bad. The Grand Inquisitor was killed, but that caused two new Inquisitors to take a great interest in hunting down those responsible. The Spectres were chased off of Lothal by Darth Vader, but they joined up with a larger, more formal rebel task force shortly thereafter. What “Wings of the Master” did was present an opportunity for the status quo of the show’s most steady character to be shaken up in a way that may not necessarily be either one.

Now, just because Hera is presented with command of Phoenix Squadron doesn’t mean that she will abandon the Ghost in favor of flying an A-wing. But what happens if she does? How much would it shake things up? Hera takes over active command of Phoenix Squadron, becomes a more dedicated soldier, and joins Sato’s fleet permanently. We know that she’s a good enough pilot and leader to fill the role. But how much would it shake the other members of the Ghost crew? And would Hera really want to do that to them?

A conflict of interest between two things that Hera is entirely capable of and more than willing to do creates an interesting possibility for drama. What would Hera do when confronted with a choice between her cause and her adopted family? Up until now, all she has had to do is keep everyone focused on fighting the good fight and staying one step ahead of the Empire. But now, circumstances have changed. They aren’t working alone anymore. And now Hera has commitments to the formal rebellion that will conflict with her commitment to her crew. The choice may not come up immediately, but she will inevitably be forced to choose between them. 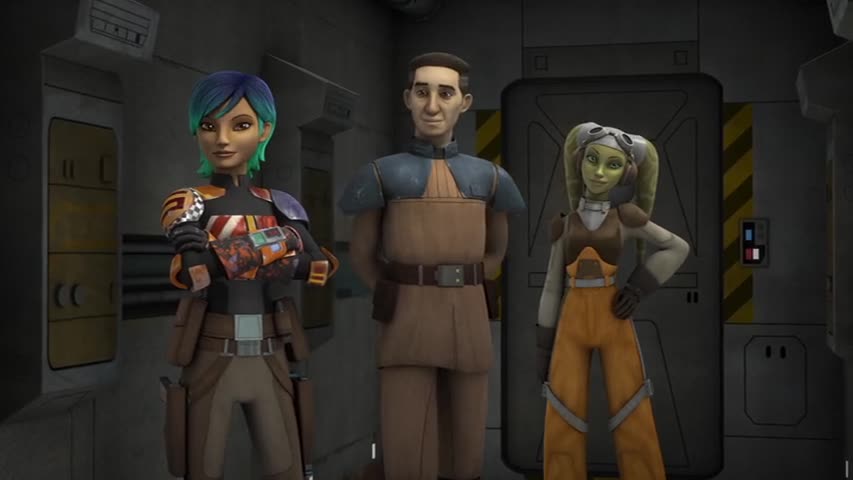 Let’s say that, at the beginning of her new role, not much changes. Hera continues to fly the Ghost in cooperative missions along with the Phoenix pilots when they need the extra muscle, or when the fleet needs her piloting expertise. Her team has proven itself to be a valuable asset to the rebel cause while working as an independent unit. Eventually, though, the needs of the squadron to have a dedicated leader will come up. A fighter squadron needs a leader who’s not just good at flying, but dedicated to making their pilots better, coordinating them as a unit and keeping them alive.

And as much as people would like to exaggerate the abilities of both Hera and the Ghost to mythical levels, there is a sizable difference between flying a freighter in combat and a snubfighter. The Ghost may work as a support craft and solo strike vehicle, but it is not fit to be the leader of a fighter squadron. Even Hera herself says, as she flies the blade-wing prototype for the first time, that it’s a far cry from her own hitherto reliable ride.

At the same time, she has her own crew to think about and care for. We covered this somewhat last year, but Hera is the glue that holds the Spectres together, and without her the team would not last long before it started to splinter as each member went their own way to fight their own battles. Kanan would likely take Ezra off to some remote corner of the Rim to focus on Jedi training. Sabine’s motivations are a bit murkier, so she might stay or go, it’s hard to tell at this point. Zeb would probably stay with the rebels, but he would not be a pilot, he would join up with whatever ground forces they have. And Chopper, well, who knows what Chopper wants at this point?

Rebels has shown in the past a full willingness to challenge itself, to be daring. Making Hera choose between Phoenix Squadron and the Ghost and her crew would be an excellent way of getting her character out of the support role she’s been cast in until now. She’s been fantastic in that support role, yes, but for those who want more from her, this is a way to move her to the spotlight in an interesting and different way. There would be no “wrong” choice, exactly what this show needs as things continue to ramp up during the second season.