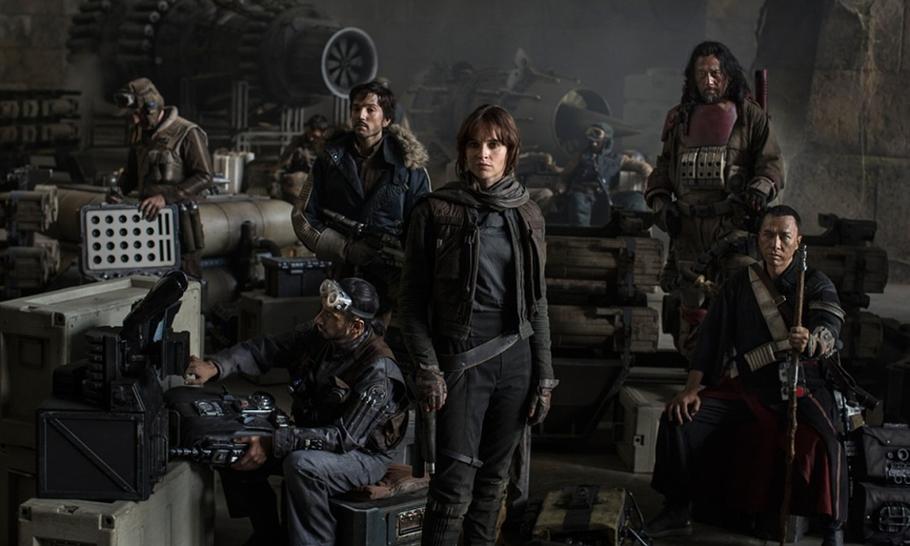 Editor’s note: twice a year I give the gang a week off and run the Second Look feature, which normally highlights older pieces I think deserve a little extra attention. This time, just to mix things up, we’re going to revisit five of our most popular pieces from the past year or so and reflect on why they were so successful and how their authors feel about them in retrospect. First up is our newest staff member Sarah Dempster, who roared out of the gate last summer with her piece on Rogue One and intersectionality. – Mike

Star Wars fans have pretty much been exclusively focused on The Force Awakens during the past three months so it’s easy to forget that this time in 2016 we’ll be focused on Rogue One, the first of the Star Wars spinoff movies. The full cast list, as well as the first official cast photo, was released earlier this year during the annual D23 expo, which of course set the internet buzzing with excitement. However, it also reopened the discussion of representation within the Star Wars universe, especially along the lines of gender and race. Though everyone was excited (and for good reason) about the racial diversity of the cast, many were quick to point out that Felicity Jones is apparently the only main female character in the movie. Once again, Star Wars fans had to choose between racial diversity and gender diversity.

I have to confess, I was rather blown away by the response to this piece. There’s no shortage of thinkpieces on representation in Star Wars, but I suppose not many of them had tackled the subject from an intersectional point of view. It inspired a great deal of discussion within the comments and on social media, which is always gratifying as a writer. And it’s important to keep having these conversations about representation and diversity, even if (at times) it feels like retreading the same worn territory. A recent Vulture article revealed that Captain Phasma was originally written as male and that the idea to switch her gender to female happened around the same time as fandom was criticizing the cast for only having one female character. Whether this online brouhaha was directly responsible for the gender switch is impossible to say, but I don’t think it’s a coincidence.

Judging by certain Amazon reviews of Chuck Wendig’s Aftermath (more specifically, the gay characters he includes) as well as certain reactions to John Boyega’s Finn in less savory parts of the Internet, there’s still a lot of close minded views out there. Star Wars has the chance to change minds and push a more progressive vision of a galaxy far far away, and here’s hoping they’ll take that chance. They’ve made strides (the casts of Rogue One, The Force Awakens, and Rebels are definite steps forward) but let’s work towards being inclusive on multiple axes.