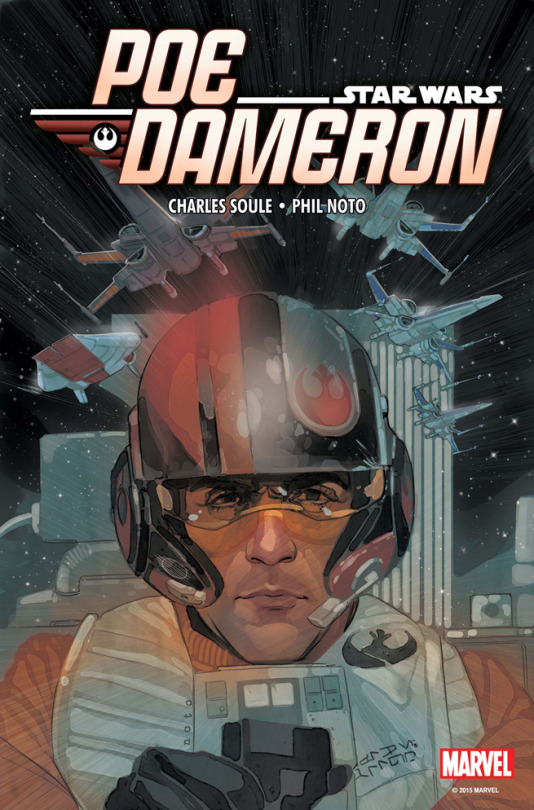 Going further back, there is the little matter of how the fan base for Wedge Antilles was tapped to end up with an entire line of stories – ten-to-fourteen books, depending on how you count them and a thirty-five-odd-issue comic run are very respectable stats for what are minor characters. They are also, in the majority of cases, Force-less. What made the X-Wing series sing more than anything else was a downplaying of the Force and the mystical powers it grants. Instead the flying skills of Wedge and Tycho – and later, the deadly Baron Soontir Fel – were portrayed as superb fast thinking combined with equally skilled three-dimensional situational awareness. There’s a great section in I, Jedi, where one of the exceedingly few Force-sensitive pilots, Corran Horn, sims against Tycho Celchu. Horn taps into the Force pre-cognitive ability but finds it is of limited use because Tycho’s adaptive abilities are too damn fast. Sure, Horn can tell what Tycho might do, but at any one time, Tycho’s also running a slew of contingency options, any one of which he can go for. Horn only just won, and only by resorting to the Force.

There’s a great sense of appeal in seeing characters who can only use their own skills and intelligence, rather than those who can tap the Force. For instance, one of the ways I tend to think is in visual terms, often using schematic structures for remembering things. It works for me, but for others? Looks like magic. As a general rule if you don’t use a technique in software like Word or Excel, chances are good you’ll forget it, except more often than not I don’t. I know how to look it up but a whole lot of the time? I don’t need to. An automatic memory palace? Yeah, probably, albeit one that’s exceedingly erratic.

The stories in Before the Awakening were great little character portraits. So, I don’t have to see TFA to have a sense of who Dameron is due to his story there. In thinking about what has happened before in regards to the films and books and comics, the Dameron comic announcement crystallized it. While waiting for the main story – Episodes VII-IX – to be ready, why not look at the stories surrounding them? I get to put aside the bulk of the problematic elements of TFA, which still look to me as if someone sat down and decided the starting point was what the nastiest stuff was that could happen to Luke, Han and Leia without killing them. There is also the entirely minor fact that Marvel have put Charles Soule and Phil Noto on the book. That is a creative combination I cannot possibly refuse.

Stories like Poe Dameron and New Republic: Bloodline could well address weaknesses in TFA in advance of my seeing it too. It would be a SW version of the Mass Effect 3 Extended Cut. I never saw the far more notorious original ending, I just saw the EC version and that worked very well indeed. Might it be so here? Well, it should prove a quite intriguing five year experiment as it’s likely to be 2020 before the entire sequel trilogy is out on DVD / Blu-Ray.

Ah, but what of the continuity? Won’t these stories not make sense if I haven’t seen TFA? If that happens, the stories are badly written. Continuity should exist to enhance a story, not require you to have read other stories for it to be comprehensible. Consider A New Dawn and Rebels, each stands on its own quite nicely, you can just look at one of them without any negative effect, but if cover both? Each enhances the other positively. I should be able to enjoy all of these and then get a major pay-off when I get around to watching TFA. 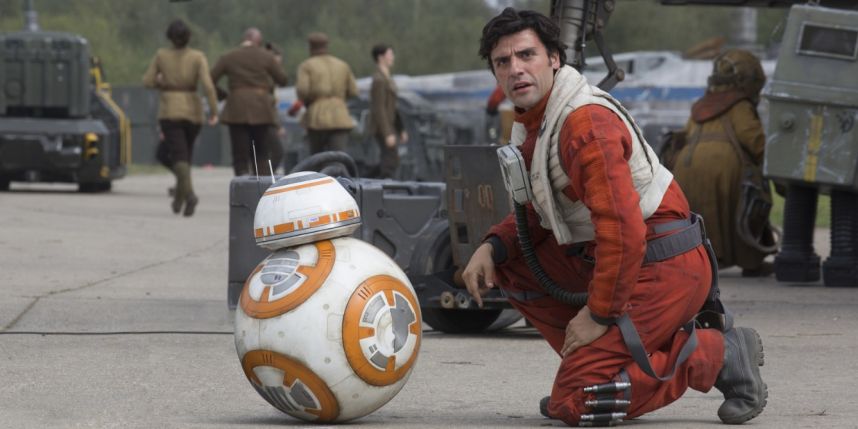 The other aspect of all this is more important – money talks. Sure, you can boycott SW in protest of plot development X but, due to the mass popularity of the series, that boycott will be akin to farting in a hurricane. On the other hand, strong sales of certain stories tend to get more stories like that. The expectation for the New Republic novel is it will delve more into the politics of the New Republic and First Order. Given what its author, Gray, did with Lost Stars, a certain level of complexity and sophistication is expected, but if you want more stories of that kind? Buy it. Similarly, I partly bought X-Wing: Mercy Kill, a story set in an era I cared nothing for just because it was an X-Wing story. (The other reason being that it was Aaron Allston’s final SW book.) If I want future ones, that one needs to be a commercial success. So it is with Dameron. I’ll likely pre-buy the trade if I see it offered below a tenner because Marvel will only keep it going if it sells well. Sure, some ideas and concepts I may not like are canon, but one effect of the reboot was me re-configuring exactly what the terms continuity and canon mean for me and they have become less important to me. For me instead it comes down to: I like Soule and Gray’s work so far, so I’ll keep buying their stuff.

There’s also been some quite neat coordination done with the character of Dameron. As Rucka not only spun a story of him set just before the film, but also wove in the story of his parents’ fight against the Empire, decades earlier, in the Shattered Empire comic. There are gaps in the backstory – might this new series get to resolve some of those? I hope so. There may be a big plot-bomb lurking for Poe in Episode VIII or IX, but I’d like to think there will be some things that are not off limits to this ongoing series.

Finally, Star Wars ceased being a film-only story for me two decades ago. It’s practically impossible for me to look at it as just films because I’ve enjoyed reading so many books and comics too. Don’t think I won’t be looking at Rogue One either! So the idea that I can enjoy stories in the TFA era, without having looked at the films, just doesn’t seem all that outlandish.

One thought to “Why Give A Damn for Dameron?”