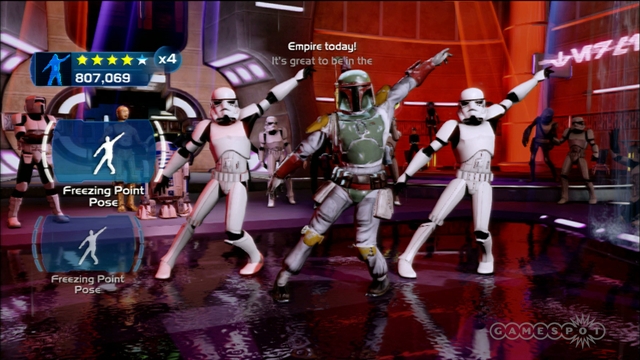 One of the first casualties of the Disney purchase was perhaps the most predictable one: after years of increasingly-questionable business practices and increasingly-desperate attempts to marry the gaming zeitgeist to a shiny Star Wars veneer (see above photo), LucasArts was officially put out of its misery in April of 2013—less than six months after the new owners moved in, and nine months before Dark Horse officially lost the comics license (though their existing contract may have prolonged that moment beyond what would otherwise have been the case).

Pundits from both the franchise and gaming sides of the tracks were quick to write their own post-mortems—one of the best, for my money, was this piece in Game Informer magazine—and most of those were quick to point to the alleged lack of imagination in even LucasArts’ bigger hits like The Force Unleashed as a sign of their impending demise as an independent game studio. Eleven-ThirtyEight guest writer Ben Wahrman disagreed, however, writing that “Star Wars video games have been derivative and unoriginal in a lot of ways since their very inception, and some of the most popular Star Wars games of all time wear their influences on their sleeves just as brazenly as TOR and TFU do.”

In Ctrl+C, Ctrl+V: LucasArts, Inspiration and Appropriation (and slow clap for that title, am I right?), Ben went on to cite several further examples of copycat games from LucasArts’ more respected years, from Republic Commando‘s Rainbow Six influences all the way back to the X-Wing series and Dark Forces—which you might know by its original title, Doom with Stormtroopers.

So if “appropriation” was part of LucasArts’ Star Wars strategy all along, what ultimately brought it down? Follow the link above for Ben’s take.