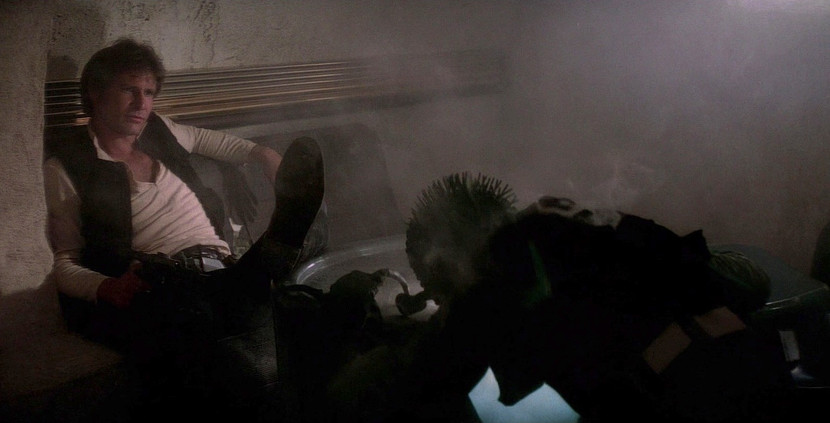 Tomorrow is the one-year anniversary of the official launch of Eleven-ThirtyEight. While the newly-redesigned StarWars.com chose to celebrate our anniversary (okay, not really) by adding our site to their Community section (yes really), I decided to give the gang the week off. Some of you may remember that I did this last Christmas, as well, so given that this ended up being a nice opportunity for another break, I think I can go ahead and say Second Look is officially a biannual event from now on—once at Christmas, and once on our anniversary.

If you weren’t around last Christmas, Second Look is just what it sounds like: I’ve pored through the ol’ archives and picked out some of my favorite pieces from the past six months; things that maybe didn’t get as much attention as they deserved, or things that I just liked enough to want to read twice. I’ll be highlighting one such piece for each of the next five days, so stay tuned.

But first, I’m going to cheat a bit and reflect on not just one piece, but an entire series. Eleven-ThirtyEight’s most prolific series to date, in fact—Lucas Jackson’s Star Wars and Genre.

In his introduction to the series (which technically predates even the launch of the site), Lucas explained how genre offers the key to the Star Wars franchise’s near-universal appeal:

“The films demonstrated that the space opera genre was broad enough to encompass other styles of storytelling. The Expanded Universe has run with that breadth, drawing from all kinds of genres. It has even openly dabbled in genre crossovers that more directly and completely place genre stories into the Star Wars setting, such as Joe Schreiber’s zombie horror novels, the “Star Wars Goosebumps” series Galaxy of Fear, and the tragically-canceled “James Bond meets Star Wars” Agent of the Empire series. Since the very beginning of the Expanded Universe, when Han Solo and Chewbacca reenacted the plot of The Magnificent Seven on Aduba-3, only for the climax to involve fighting a giant monster alongside a Don Quixote stand-in, the EU has incorporated a stunning range of other genres into the Star Wars universe.”

While each entry in the series is enlightening on its own, Lucas’ most substantial accomplishment is to have compiled a breadth of topics worthy of Star Wars’ myriad roots. No matter what style of storytelling brought you here, chances are there’s a Star Wars and Genre article to explain it—and maybe even offer a new recommendation or two. Click any of the links below to be taken to a particular article, or click here to view the whole category at once, with the newest articles first.