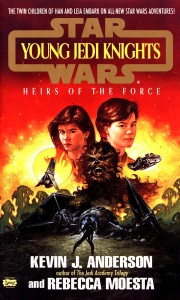 Jacen and Jaina are fourteen at the time of YJK, and I was twelve when I first read the series. It was just the right age, and seeing characters my own age having adventures was just perfect. We still meet many of the classic characters of Star Wars, but they aren’t the focus. The important thing about Young Jedi Knights is the focus on the next generation. We first see Jacen and Jaina in the regular adult books of the early EU, but they really don’t get a lot of plot of their own until Young Jedi Knights. And not only do they get plot, but they also have a lot of friends and their friends’ stories become important in later books. Building up the secondary characters is very important in a story that relies on having a large ensemble cast, and Young Jedi Knights also maintained the interconnected of the Star Wars universe. We’d previously seen something of Dathomir and Hapes in Courtship of Princess Leia, and we get more details about both worlds in YJK. We’ve seen a few things about the lower levels of Coruscant, and finally get more information on the people who live there. We even see details filled in about current Imperial-New Republic conflict, the remnants of which are still ongoing despite the peace treaty. Even though YJK might be a young-reader series, it’s still able to work with important plot developments and introduce things that are later on, important. 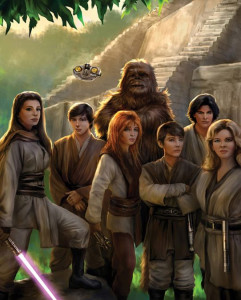 Being the next generation is so important for a story as large as that of Star Wars. There are always more characters, always something new happening, and it’s important that the same characters not be left to do everything. At this point in the EU, we weren’t seeing the same few characters everywhere, and were instead getting a much larger group with new members being added regularly. That’s part of sustaining an ensemble-cast story, and we do need to build up a lot of new characters.

Another great thing about YJK is just how varied the ensemble cast is. It isn’t just humans, and even the humans are from a variety of backgrounds. We see the characters are individuals and get to know them quite well. Even the antagonists are well-fleshed-out, having good motivations and backstory. The series maintains its own internal continuity quite well, with plot arcs that stay on target while also having good subplots. Story construction and character building cannot be taken for granted, and the attention to detail is an important lesson for future Star Wars books.

The lessons of the YJK cast are very important. Socioeconomic diversity, the problems of marginalized groups, disabilities, and of course friendship and teamwork and all the other fun things. The more serious issues addressed are important ones in reality, and thinking about them in a fictional context can make it easier to discuss complex issues. It’s not a cut-and-dried world and opens up issues that have real-world analogues. For younger readers, fiction is often a great teaching tool for life, and that’s a tradition worth maintaining. 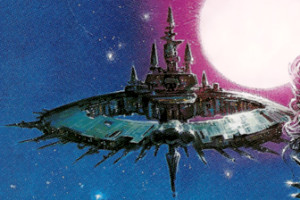 One of the things that really stood out to me was just how much Jacen and Jaina haven’t really left their parents’ world before. They are so accustomed to how things are in the upper levels of Coruscant society, and the Jedi academy is a chance for them to meet many others. In this new Jedi order, the Jedi have previous lives and experiences already, and context for the world outside of the Jedi. Jacen and Jaina are no different in this regard, and by meeting others from across the galaxy, they get an education in galactic current events.

Maintaining the continuity is something that we are finally seeing with the Story Group. Chronologically in-universe, YJK is the last part of the earlier EU, and makes for a good bridge between Vision of the Future and the New Jedi Order. A lot of younger readers were brought into the EU by YJK, and afterwards were the perfect age to start the New Jedi Order or any of the older Bantam EU. Having multiple entry points into the universe is important to maintain the fandom, and having a well-placed story accessible to readers old and young will bring in new people. Best of all, someone new to the EU could jump into YJK without necessarily knowing anything else that had happened following Return of the Jedi. We’re going to need that; despite a reboot, we’re missing a lot of time and that time needs to be filled in.

There is always a place in Star Wars for younger characters. With the timing of The Force Awakens and everything surrounding the Sequel Trilogy, there is plenty of room for younger characters and for a core group of the next generation. Friendship is one of the many themes of Star Wars as a whole, and bringing together a group of new characters to the universe and seeing some of their adventures is a great way to bring new readers and viewers in, give us some good characters for the future, and make even more content for younger fans. Young Jedi Knights brought a lot of people into Star Wars fandom, and being a reasonably self-contained story, it allowed new fans to come into the EU without necessarily needing to know what else had happened in the galaxy. We could use something like this in new books; between the huge time gap and building an ensemble cast, let’s bring back the ideas of Young Jedi Knights.

One thought to “Everything Disney Needs to Know, It Can Learn from Young Jedi Knights”