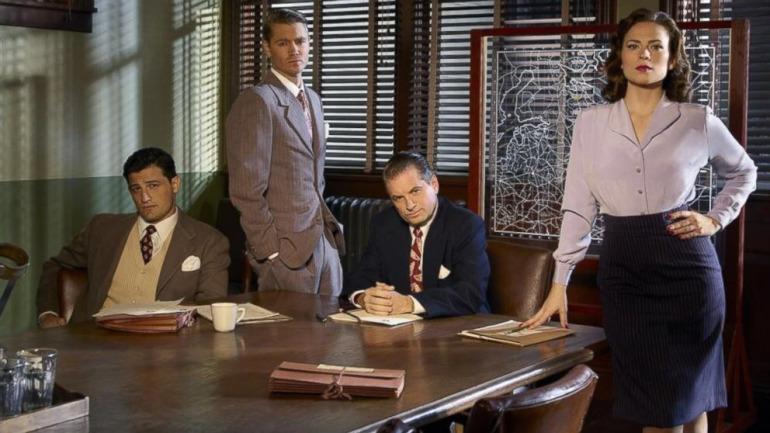 For Star Wars fans, Marvel is the ultimate guinea pig for the Age of Disney. What success Marvel has had at the box office Lucasfilm now seeks to reproduce with both a sequel trilogy and no doubt several standalone films, and with more options for small-screen, lower-budget productions than ever before, it stands to reason that they’re watching Marvel’s television operations with great interest. Here are some things I think they should keep in mind.

Ghettos can be good

As the first horse out of the TV gate, it made a lot of sense for Agents of SHIELD to start in a world of, well, bureaucratic doldrums. At its most basic level, the titular global peacekeeping organization is only a hair or two off of a hundred other procedural television shows; the lives of its agents are part CSI and part The Man from U.N.C.L.E., with a healthy sprinkling of Fringe and X-Files thrown in for good measure.

Now that the series has divorced its main cast from Nick Fury’s bureaucracy, they’ve been freed to find their own reason for being, which seems to have come in the form of the first appearance of Inhumans in the MCU. What will ultimately come of this arc remains to be seen, but with the Inhumans film still several years off, this is a great area for the show to play around in without having to step on filmmakers’ toes, and as the first steady source of superpowers in this universe, it guarantees much more fantastic eye-candy than the spy gadgets and gizmos of the first season.

Agent Carter, meanwhile, has taken the approach of ghettoizing itself via time period. Set in the immediate wake of World War II, the show’s period setting in and of itself gives it much more visual flair than SHIELD has ever had, and it has been able to draw from not just the Captain America film it spins directly out of but the rich mythology of the Cinematic Universe in the form of characters like Howard Stark and Anton Vanko, whose relationship was established in the second Iron Man. And with two episodes left in the first season, the MCU version of the Red Room, where a young Black Widow was trained by the USSR, looks to be key to their end game. These decisions root what could be a fairly generic spy thriller firmly in the context of the MCU, and give Carter all sorts of familiar elements to work with without calling attention to the absence of, say, Scarlett Johansson or Mickey Rourke.

In the world of Star Wars, having an entire galaxy at your disposal means all sorts of big wide-open spaces to set a TV show in. As well as Star Wars Rebels has handled its film-character cameos thus far, it’s fair to say that the show’s strong original characters mean this season could’ve been just as good without them. In a hypothetical live-action TV show, it’s going to be a lot harder to stick Billy Dee Williams in a cape and trot him out on set as a young Lando, so there’s all the more reason for them to stick to small, tightly-knit groups of original characters—like say, I dunno, Rogue Squadron?

Women can be people too

Agent Carter has absolutely made a name for itself as “the show with the female lead”, but both it and SHIELD do equally-great jobs of presenting a deep bench of complex female characters; competent in their own fields, sure, but not just stoic badasses, either (give or take a Melinda May). The women of Marvel TV display a host of eccentricities that make them feel like real people, not just fight sequences waiting to happen. Jemma Simmons and Bobbi Morse have complicated relationships with the men on the team, which I’ll concede isn’t the most progressive way to humanize a female character, but they’re nevertheless treated as consummate professionals who, if anything, are only weighed down by the weaknesses of the men in their lives, not the other way around. Peggy Carter, crucially, has friends and a life outside of the office, but she’s still a soldier through and through—and despite the constant disregard of her co-workers, one gets the sense that, like Simmons and Morse, if people like Howard Stark weren’t constantly getting her into trouble she could be running the joint by now.

For all the waves Princess Leia made when the original trilogy came out, the women of Star Wars films are known for kicking ass, embodying ideals, and well, that’s basically it. There are certain archetypes that I expect the sequel trilogy to prioritize over diversity concerns (though the casting announcements have certainly given me some cause for hope), but when—not if—Star Wars moves into the realm of live-action TV, it needs to follow Rebels‘ example and greatly expand the personality types of the franchise’s women. Make them cool, sure, but give them problems and desires and funny little quirks while you’re at it.

This is where Agent Carter really shines—and where Daredevil looks most promising. Maybe the biggest flaw in Marvel’s movie formula is the need to give everything elaborate stakes, and to pay them off in a huge action set-piece; it’s gotten to the point where people can spot a Marvel third act a mile away, and that can pull you out of even a well-told story. This was part of why SHIELD‘s early episodes were so lackluster; with lower stakes, and without Joss Whedon pumping in the funny at full power, all of a sudden there was nothing left to be excited for.

On Carter, though, the stakes are as low as they’ve ever been in the MCU—we know Peggy survives and goes on to found SHIELD with Howard Stark, whose good name we know is eventually cleared. Hell, even the showrunners admit that for all intents and purposes, the series finale has already been released in the form of the Agent Carter short film. What keeps you invested, then, is the telling of the story; Peggy’s wit, Howard’s exciting quasi-steampunk inventions, the snazzy period music, Leviathan’s Fringe typewriters, Dum Dum Dugan’s bowler hat, and so on. Does Leviathan want to take over the world or some such? Probably, but they must not amount to much because nobody in the present has ever mentioned them—so the only way to make their story compelling is to infuse it with verve and character. Likewise, the coming Daredevil series is never going to outshine the events of Avengers or Winter Soldier, so it looks instead to be doing what Daredevil does best, and getting as dirty and bloody and ground-level as a story about magic powers can get.

While it’s safe to say that Star Wars’ Underworld TV series, if it had ever come to fruition, would have followed this rule pretty well, it remains a pitfall for Rebels and whatever future series come along. Early clues suggest that the Empire is mining Lothal for crystals to make the Death Star’s superlaser, and while that’s a nice way of tying the show into the larger universe, I’m hoping the Ghost crew don’t stay too involved in that particular project; there’s enough going on in the galaxy right now that I’d rather see these characters—and those in any other show—focus their efforts on a mission they can actually accomplish, rather than be subsumed by the events of the films. With a strong cast of diverse characters and a tone all its own, a major Star Wars television series can be truly awesome even if the ending is already foretold—just ask Peggy Carter.