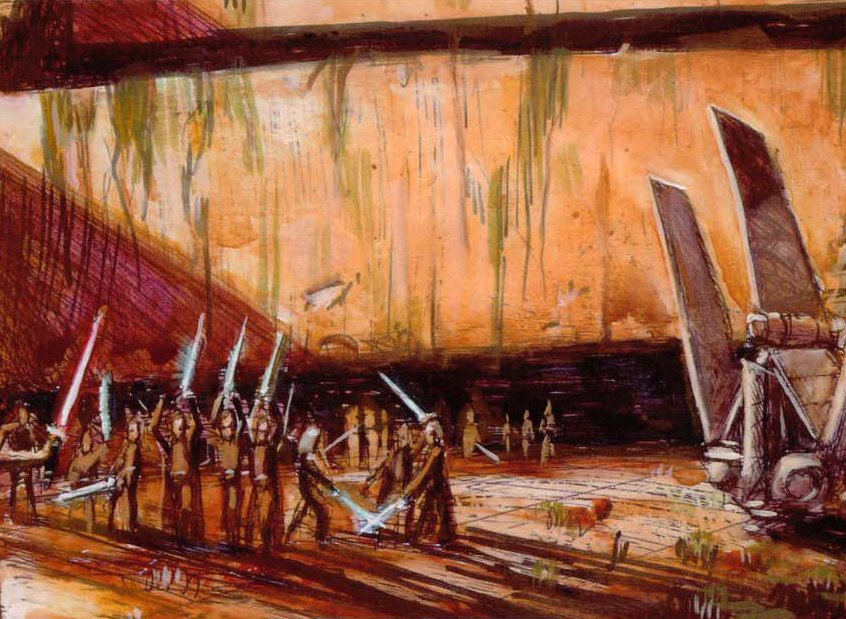 One of the great problems of the old Expanded Universe is just how much it fails the next generation. For a galaxy-spanning tale of war and intrigue that ropes in thousands of years of characters, there can often be a striking lack of young characters, those ready to take the reigns as their elders die or retire. During a time of transition, of changing the guard so to speak, we must establish who is taking over. The prequels and many of the Old Republic-era novels are good at setting up new characters and allowing for the young to continue their forefathers’ legacy, but by the time of the Yuuzhan Vong invasion, much of this has broken down. The next generation has been lost and forgotten. Why? What really is its purpose, other than for plot? It’s time to accept that we need new main characters, something The Force Awakens appears ready to do.

Right now I’m in the middle of a Legacy of the Force re-read, and it strikes me as odd just how many we lose. Between the New Jedi Order and Legacy of the Force, so many of the next generation of Jedi (and their friends) die. Many of them are the ones we expect to take on their parents’ jobs in the future, and when we lose them and the old guard maintain their positions, suddenly it seems like the universe isn’t moving on as fast. We’re at the end of Fate of the Jedi, and only just now are the younger ones starting to inherit the galaxy from their parents. Note that these younger ones are well into their thirties by now, and many of the main characters are in their seventies. There’s a visible amount of characters we have lost, due to war and plot devices. Somewhere, the future of the story has to be established.

The feel of lack of progress is a significant problem. Combined with the rampant killing of the younger generation, it’s hard to see where things are going. Retention of the status quo works for a short while, but eventually, we can’t just let the established characters carry the whole story. Thirty years after Return of the Jedi, we have to start thinking about what’s going to happen next. One of the great points of the Legacy comic series was just how far in the future it was set; we needed to have a whole new cast of characters to carry the story. We met many good ensemble casts in other parts of the EU, especially the large groups of Jedi in the New Jedi Order. Unfortunately, many of them died in the war against the Yuuzhan Vong, and even more died in Legacy of the Force. We were left with far fewer new characters and young characters than we really needed, and concerns about the future of the GFFA. From here, we have to do better. The only way to maintain the story of Star Wars is to ensure that there are new characters to take over as the old ones step away.

Continuing with dissecting that teaser, the focal characters are Poe, Finn, and Rey. Our next generation. This is exactly what the EU has failed so dramatically on, and what TFA desperately needs to learn to not do. Give the next generation the spotlight, let them be the center of attention, and let the established characters retreat a bit to the background. There are so many more stories to tell, and making the story be carried by younger characters is what will give it sustainable life.

Another challenge for the next generation is the theme of passing the torch. There will come a time when the old guard are no longer willing or able to continue the fight, and the young ones have to step up. Sometimes they are trained for their roles from a young age; Leia was raised as the Princess of Alderaan, and was representing her planet in the Imperial Senate long before the mantle of leadership was thrust upon her. Some stumble into it, as Luke did when his uncle bought a protocol and an astromech droid from some Jawas. Regardless, Luke and Leia’s journey coincides with their mentors’ stepping back. For Bail Organa and Obi-Wan Kenobi, this came in the form of their deaths, but that isn’t necessary for the next generation. It’s a very effective literary device, especially in a story whose focus is a massive galactic civil war. However, we can allow the young ones to establish themselves without losing their mentors. It doesn’t particularly matter how it’s done, but it is important that the older generation are willing to step back and allow someone else to take the spotlight. Without a doubt, not being able to let go was an enormous problem of the old EU.

In the last piece I wrote for Eleven Thirty-Eight, I wasn’t deliberately trolling. I genuinely like Crucible and think there’s a good place for it. Mostly, I believe this because of the book’s final theme: in which Han, Luke, and Leia realize that they are ready to let go a bit, let the younger generation take over, and start to enjoy their retirement instead of constantly saving the galaxy. All other plot elements aside, this was a message that I sincerely need to see in future Star Wars. We’re jumping thirty years after Return of the Jedi, enough time that there is a whole generation out there, able to do things for themselves, who weren’t born when the second Death Star exploded. There are plenty of fully capable beings in the galaxy who have no memory of Palpatine. It’s time to let them take their place in the spotlight. 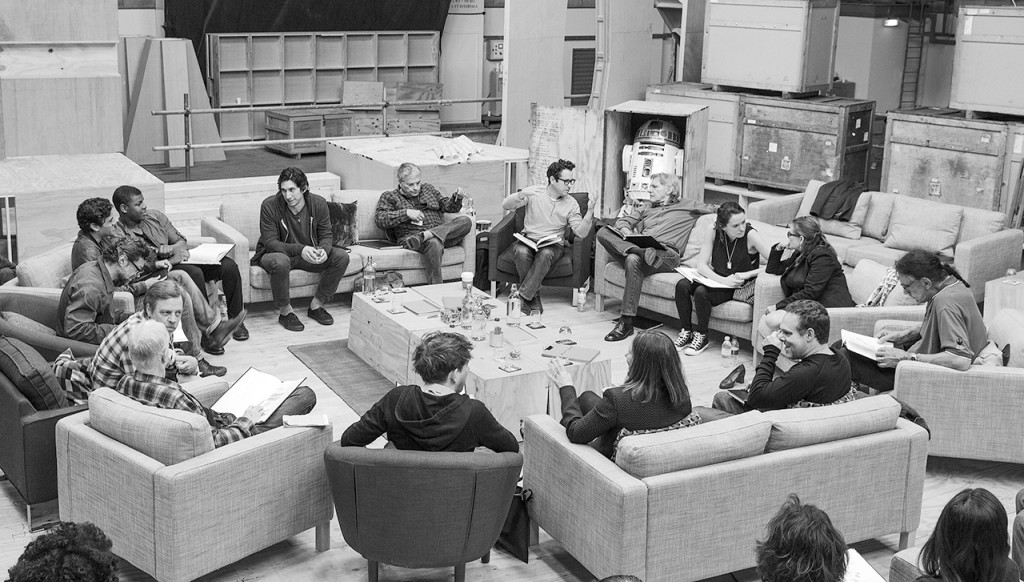 From everything we’ve seen and heard so far, TFA sounds like it’ll be the story of new young characters getting their call to adventure and joining the heroes of the galaxy. It’s definitely a time to do that, and creating young characters is the key. Rey, Finn, and Poe will likely have many friends, bringing in a full cast for the galaxy. So far, a lot of new books have been thoroughly embracing the idea of passing the torch to the next generation, learning from the problem that the old EU was starting to face. As long as we don’t have another extragalactic alien invasion, we should be well set for the story to continue.

7 thoughts to “Paging the Next Generation”