That was one of the reasons why I welcomed the decision to rebrand the Expanded Universe as the non-canon Star Wars Legends. Not only that, but, as Lucasfilm itself acknowledged, it gave the creators of the new films, television shows, and spinoff material the chance to write a new story, one that was in line with the future that the creative team had imagined for the franchise. Audiences unfamiliar with the Expanded Universe wouldn’t have to wonder why Chewbacca was killed off screen, or why major galactic wars and the deaths of two Solo children all occurred in books that the vast majority of Star Wars fans never have and never will read.

All of that seemed obvious to me. I knew that Expanded Universe fans would prefer that it not be de-canonized, but nothing could have prepared me for the intense and passionate feelings of anger and betrayal that many of them expressed. Using language like that still seems somewhat silly to me when we’re dealing with ancillary material, but it’s the truth about how many EU fans felt on April 25, 2014, when Lucasfilm announced that the EU was now Legends.

The trouble is, I didn’t think to look at why people felt that way. I didn’t ask why the thing that seemed like an obvious decision to me, one that benefited the films and the future of the franchise, was difficult for many fans to accept. I was dismissive of them for awhile. “This is the right decision,” I would think to myself. “Anyone thinking clearly could see that, right?”

It was, of course, never that simple. When dealing with Star Wars and the passion that fans have for it, nothing ever really is that simple.

That began to change once I joined the Wookieepedia community. Wookieepedia has long been made up of a group of people who largely joined because of their love of the EU. The films are so ingrained in our cultural zeitgeist, but it’s the EU that really makes people want to dig for more information about the larger Star Wars universe, which inevitably leads them to Wookieepedia. Millions of people read it. In some cases, those readers become editors and join the community.

I also think it’s fair to say that, in certain circles (including here on Eleven-ThirtyEight), Wookieepedia has somewhat of a reputation, rightly or wrongly, for being stubborn. Add that together with the deep love of the EU and you have a recipe for disgruntled feelings towards the Legends decision. Even today, over a year later, those feelings still exist on some level, even as Wookieepedia prepares for the future by building its library of fully canonical information.

When I joined the community a little over a year ago, I still assumed that these feelings were those of nonsensical stubbornness. Couldn’t Wookieepedians, long the unofficial lore keepers of the Star Wars universe, see that this was the right decision for the future of the franchise? Were the books really that important? When I actually started to talk to people, though, it became apparent that the books, as well as the games, comics, and more, really were that important and that, to many EU fans, a future without those stories being part of the canon was not something to look forward to.

Some Wookieepedians said that the continuity issues were overblown, and that a great Star Wars film could be created without having to twist itself into knots over the EU. Others told me that they never asked for new movies, so why should they accept that the EU is non-canon for the sake of movies they never wanted? Others understood and accepted the decision, even if they would have preferred that the EU remain canon. 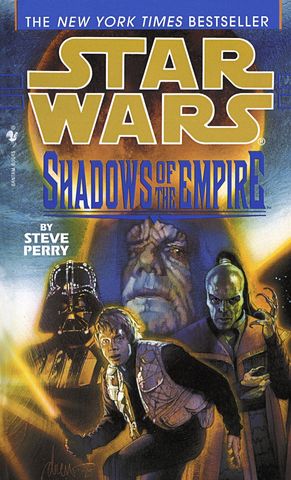 Those reasons all shared one very important truth: to so many people, the Expanded Universe is Star Wars.

The conversations I’ve had with Wookieepedians showed me a lot about what people find important in their own Star Wars fandoms. One person told me that Shadows of the Empire, as a bridge between The Empire Strikes Back and Return of the Jedi, is just as important to him as Empire. Another person told me that Darth Revan is their favorite character in the entire saga, more than any other film character, and that the revelation that the main character of Knights of the Old Republic was Revan himself was their “I am your father” moment. Others still have said that the stories of such characters as Mara Jade, Jaina Solo, and Darth Caedus are what gave them their love of Star Wars, and that those stories could stand toe to toe with all of the films.

Once I realized this, I knew I wasn’t dealing with unreasonable people. I was talking to people who invested their heart, soul, and, yes, their wallets into the story of the Expanded Universe, a story that they were told was the true history of Star Wars, even if it was ranked slightly lower than the films and television shows.

What I once saw as intractability revealed itself to me as a deeply passionate fandom. In realizing it, I remembered that understanding why people love what they love, even if you were never of fan of it, is vitally important in the Star Wars fandom. Far too often, we hear more about the dividing lines between fans than the shared love we all have for this universe. There are fans of the original trilogy, the prequels, The Clone Wars, Rebels, the EU, and more, and there are those who aren’t fans of some of those things. But not being a fan doesn’t mean you should dismiss those who are. People like what they like. What you think sucks may be an important piece of someone’s life and someone’s fandom, and we should always respect that.

Wookieepedia helped me remember that, and I’m a better fan for it.

7 thoughts to “Wookieepedia Made Me a Better Fan”