Many of the earliest Star Wars books are from a time when we had no idea about longer-term galactic history. Big chunks of galactic history were a complete blank, and the authors really couldn’t do much filling-in. We didn’t know exactly how the Old Republic fell until the Dark Nest trilogy was released, and of course now that we knew galactic history out-of-universe, it worked its way into Legacy of the Force. But we did fill in about twenty years of galactic history with no good references about what came before. And that led to things that just didn’t make sense in the longer run.

Did things have to make sense? I’ve argued many times that from an in-universe standpoint, it works fairly well if we don’t have all the details about just how the Old Republic fell, how the old Jedi Order worked, all sorts of history minutiae that we normally only see in reference books. Remember that we first come into the Star Wars universe in the face of a Galactic Civil War, and now we know that that war had been happening on and off for years. Many planets had walked away from the Republic, and there are plenty of places in the galaxy that are just too remote for the Republic or Empire to ever have had much influence. We can easily argue that in-universe, so much history has been lost and distorted that it’s fine if we don’t know what’s going on. We might not know the exact timeline of the Clone Wars and just when Honoghr was destroyed, simply because the New Republic doesn’t have access to all of the archives from that time and can’t figure out what ultimately happened. Luke doesn’t have to get enough information about how the old Jedi Order trained their students, especially if his NJO-era vision of the Jedi Order is a completely different one than what his predecessors would have done. But there is a flip side to this.

Re-read the Thrawn trilogy now, and you could indeed play a drinking game with all the things that we now know don’t really work because we know the Clone Wars timeline. Re-read any of the early Bantam-era books, and you’ll run into all sorts of silliness and anachronisms and other little things that just don’t hold up. And remember my note about just how silly and disjointed the plot of Fate of the Jedi is. So what’s wrong with that?

One of the things we easily forget about Star Wars when we’re being critical bloggers is the entertainment factor. Good entertainment is sometimes all you’re looking for out of a story- explosions, chases, danger, intrigue, the things that keep your attention. You might not be looking for writing quality or “great literature”, you’re looking for things you find fun. I can read a book that is objectively, not a great book, and still find it very entertaining. And we as Star Wars fans would do well to remember that. Things don’t have to be perfectly locked down, every last tiny detail triple-checked. We can allow books to explore and create and sometimes fall flat on their faces. It’s an enormous galaxy out there, and one of the things we’ve all noticed is just how flooded we are with Star Wars publishing and media right now. There’s so much out there and something for everyone- I myself am feeling like I’m coming back into the universe and fandom with Aftermath and any sort of post-Return of the Jedi content. Suddenly, we’re back where we were twenty years ago in the universe; we have no idea just what happened in large chunks of the Old Republic and we have thirty years of content to fill in before The Force Awakens. It’ll all get filled in, and how will we look back on it?

Another good example of “it doesn’t have to be necessarily ‘good’ to be entertaining” is Dark Empire. A comic series, set between the Thrawn trilogy and the Jedi Academy trilogy, explaining how Luke came to call himself a Jedi Master and continuing on the cloning thing that we’d seen in the Thrawn trilogy. Let’s be honest, that’s too good a plot idea to only use it once! The feel of that comic series, the danger of a reborn Emperor, a scattered and shattered Empire that is still able to create superweapons and large Star Destroyers, works well in the greater political setting. The New Republic is so young and has such a tenuous hold, and throughout the general ten years following ROTJ, the New Republic nearly dies many times over. That’s not an overused trope there, and hopefully new publishing will remember that rule. It’s not an overused trope when we think about the greater galactic political situation; the Empire has had near-complete dominance for nearly two decades, there’s a whole generation of young beings who don’t remember anything but the Empire, many civilians who never really realized that the Empire was bad for them, and then this band of terrorists/freedom fighters who want to return democracy to the galaxy even though democracy spectacularly failed fairly recently. That is a perfect setting for ridiculous plots, convoluted politics, superweapons that later make us wonder why they seemed like a good idea… 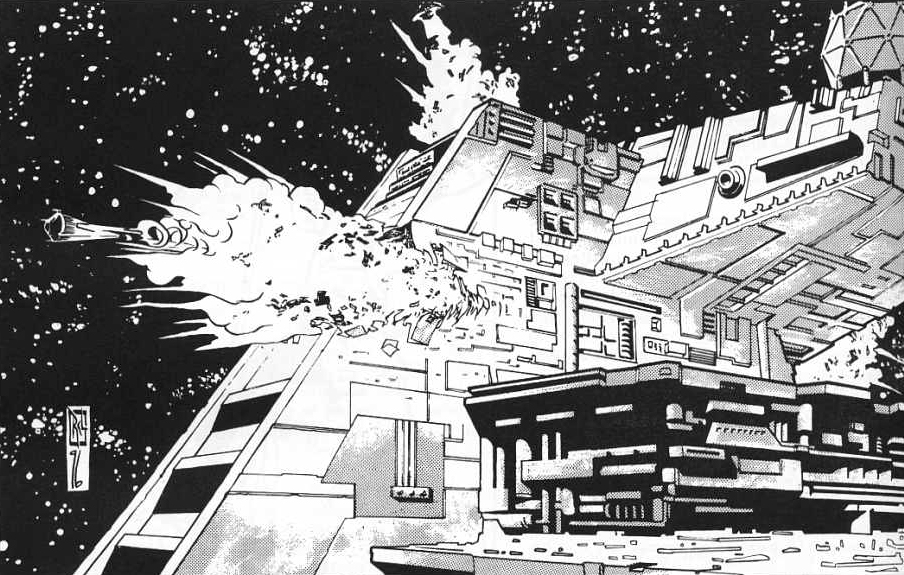 It’s about entertaining storytelling and maintaining the feel of a war story in the midst of a space opera. Sometimes the bad guys get to have a victory, even though their names are funny or their methods could be out-thought by a kindergartener. Sometimes the good guys show up in time to save the day, and sometimes they do something ridiculous and get themselves in much more trouble than they bargained for. Add some snappy dialogue, cool spaceships, giant explosions, and just the right music, and that’s the recipe for a great story with lots of places it can go. And best of all, it doesn’t have to be perfect. It’s a struggle of good and evil and lots more in between, and we can wander through all of those worlds. We can have the serious political dramas in the same place as tripping over the Death Star’s lost plans behind every wannabe warlord’s throne. None of these are out of place in Star Wars, and altogether they make up the very feel of the universe. I can’t take Star Wars seriously because I came into this franchise looking for good entertainment, and when I found it in the form of a cluster of black holes and a small spaceship that could blow up a star, I knew I was in the right place.