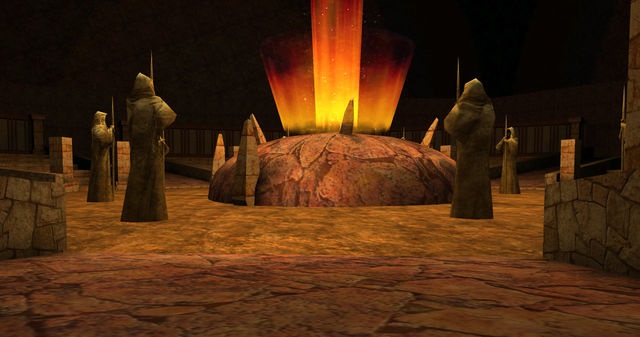 A few weeks back, after the “Wings of the Master” episode of Star Wars Rebels aired, a little tizzy broke out on the Jedi Council Literature forum over a supposed contradiction in the new canon: according to an editor over at Wookieepedia, the reference book Ultimate Star Wars had canonized the Expanded Universe detail that B-wings were developed by Admiral Ackbar. In the most superficial, obtuse sense, this seemed to contradict the role of the Mon Cal engineer Quarrie in the episode, and for a little while there, the community was hard at work alternately brainstorming retcons and debating the degree to which the Lucasfilm Story Group had failed us.

Naturally, something as complex as a starfighter can easily have multiple significant developers, and one idea that I thought was particularly interesting was that Quarrie and Ackbar, upon the former’s arrival in the mainstream Rebellion, developed a relationship along the lines of Nikola Tesla and Thomas Edison—where one was the real genius, and the other, Ackbar in this case, used his superior marketing and networking abilities to ultimately receive most of the credit and popular recognition.

Ackbar in canon is something of a gruff busybody (if not a true asshole like Edison), and that sort of professional rivalry between him and Quarrie made sense for both characters, I thought, and added an interesting level of complexity to Rebels‘ straightforward account of the B-wing’s origin. In the end, of course, it was a pointless conversation—the claims about an Ackbar credit in Ultimate Star Wars appeared to be flat-out wrong, and there was no contradiction, just an object lesson in fannish overreactions, and the perils of using a wiki as your primary source.

But on the other hand, a good idea is a good idea, right? Even if there’s no contradiction for it to paper over?

Waaayy back in 1999, when the prequel trilogy was almost upon us, Del Rey had just taken the reins of the novels, and was aiming to plant its flag whole-heartedly in a new era with the New Jedi Order series—ideally, in their minds, without relying too heavily on the older published material. In the end, due at least somewhat to popular demand, the NJO ended up doubling down on Bantam instead, giving cameos and supporting roles to numerous bit players from Etahn A’baht to Prince Isolder to Admiral Drayson’s daughter. 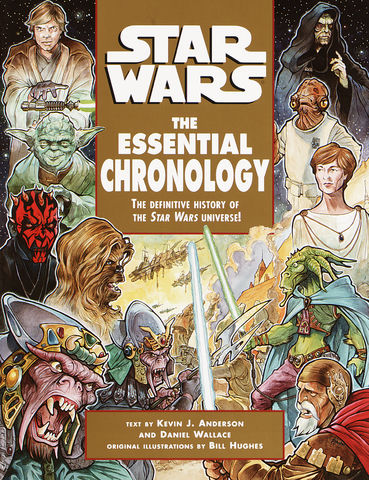 By the following year, Leland Chee had been appointed Keeper of the Holocron and the original Essential Chronology was published, which established for the first time how the events of The Phantom Menace fit into the history of the galaxy detailed by the EU. Perhaps the biggest thing the book had to clean up was “always two there are”; the ancient Sith in the EU had been an army! How and why did they go from that to only—and strictly—two?

The Essential Chronology was written by Kevin J. Anderson and Daniel Wallace, but to this day I don’t know who actually had the stroke of genius: the Battle of Ruusan. Three years earlier, the Valley of the Jedi on Ruusan had been the MacGuffin of the video game Dark Forces II: Jedi Knight. All we really knew was that a great battle had been fought there between light and dark armies, and the spirits of the dead had been entombed by a “thought bomb”. The Chronology made that battle the pivot point between the EU Sith and the prequel Sith: Darth Bane, the originator of the Rule of Two per George Lucas himself, was the sole Sith survivor of the battle, and having seen that infighting among large numbers of Sith only ended in disaster, set out on the course that led, one thousand years hence, to Sidious and Vader.

This is almost certainly a more complicated version of Bane’s story than whatever George Lucas had in mind when he handed that name off to the EU (and indeed, the story of the canon Bane, seen only briefly at the end of The Clone Wars, may end up being quite different). But history is complicated, and not everything needs to have a simple explanation—important things rarely do, in fact. Also notable is the fact that Jedi Knight‘s depiction of the Battle of Ruusan differs in many ways from the version shown in great detail subsequent to The Essential Chronology. This is neither surprising nor problematic; history, as a friend of mine loves to point out, can rarely be explained without contradictions.

Ruusan, for my money, was the second greatest retcon in the history of Star Wars. It artfully folded an entire era—in and out of universe—into the backstory of a brand-new film that hadn’t taken it into consideration whatsoever, and used an existing source to do so. It created compelexity, but not just for its own sake—it made the story more interesting. It fixed a consistency problem, but more importantly, it added new meaning to existing events. That’s the good kind of complexity, and it’s one that Star Wars supports far better than many give it credit for.

Which brings me to the greatest retcon in the history of Star Wars: “I am your father”.

I hardly need to explain this one to you, do I? Yet I don’t think we tend to look at it this way. We all know, intellectually, that Lucas had no inkling of Vader’s true identity when he wrote Star Wars, but it worked so damn well that we don’t think about it as a retcon. And it’s not, in the sense of fixing an inconsistency—that came via Obi-Wan’s explanation in Return of the Jedi—but in the word’s literal sense: retroactive continuity. Star Wars was an incredibly simple story; almost explicitly a fairy tale, full of clearly-drawn lines of good and evil. By making Vader Luke’s father, The Empire Strikes Back raised the entire playing field up to a new level—good and evil weren’t so perfectly defined anymore, and our hero was suddenly bereft of a clear goal: could he truly defeat the Empire if it meant killing his own father? Would that even help, if doing so meant becoming just as bad?

A lot of debates, like the one we had at Lit over B-wings, have been held since the reboot on whether continuity will actually be more consistent now, or if all this Story Group talk is just marketing sheen. I think the simple absence of Lucas, fickle god that he was, makes things better by default from a consistency standpoint, but it’s fair to say that nothing is perfect. There are going to be contradictions, and if Story Group doesn’t see the need to retcon them, fans certainly will. But retcons don’t have to be spackle alone; they can both deepen existing stories and create entirely new ones—not just to fill in a gap, as Pablo Hidalgo has specifically said they don’t want to do, but because gaps can be really interesting—who knows what’s living in there?

Star Wars is a simple story, and if it can’t be easily understood by the legions of imminent new fans, that’s a problem. But a little complexity wouldn’t hurt. They can start with that Ackbar/Quarrie story.

3 thoughts to “A Tale of Two Retcons”