Premiering on the first day of summer, DisneyXD recently introduced us to the Freemaker family in the new show LEGO Star Wars: The Freemaker Adventures. Following a family of scavengers, older brother Zander, younger sister Kordi, and Force-sensitive, twelve-year-old Rowan, with their battle droid Roger, making their way in the galaxy. The show is steeped in its love for the Star Wars galaxy and a fun side adventure for those who want just a little bit more out of the franchise that keeps giving, and giving, and giving.

The problem, for some fans, is that the LEGO series are usually made for children (as if that alone disqualifies a story) and that they aren’t canon. They’ve got a point – both Leland Chee and Pablo Hidalgo have confirmed that the series takes place outside of “the canon”. Does that mean that there is no place for the LEGO adventures in the lives of the most dedicated fans? Or does a non-canon series still have a lot to offer the fan who has seen it all?

My first introduction to the LEGO series was actually less than memorable. I had forgotten that I played the LEGO Prequel Trilogy game years ago when it came out on the GameBoy Advance. In the time that’s passed, I didn’t really connect with the LEGO video games (not out of disinterest in the franchise, but because I’m not much of a gamer). My interest was recently re-piqued when I saw the adventure starring Poe Dameron, BB-8, C-3PO, and Admiral Ackbar posted on the Star Wars Twitter page.

After watching that video, I was hooked again. Honestly, I was surprised to find myself so attracted to the series. I usually avoid anything that isn’t canon – I sold off my Legends collection (a modest collection of novels, but mostly comic books) in order to make room for the new canon titles. I fight tooth and nail to defend Greedo shooting first, because, hey, it’s canon! I was frustrated with the novelization for The Force Awakens because it meant I had a quasi-canon novel on my canon shelf. But watching Poe fly a troop transport covered in First Order stickers, hiding Resistance symbols, made me grin like an idiot.

Because of that, I’ve been hooked. Sure, a lot are pretty silly, but they aren’t aimed at me. They’re definitely not supposed to be the main Star Wars canon for anybody. If I want an excess of grit and darkness, I could read Twilight Company again. If I wanted something that dealt with the complexities of the human spirit, I could look at Bloodline or Tarkin. If I want to read about the hard life of a stormtrooper, Servants of the Empire is an option. So, in all, what does the LEGO canon do for me? What does it add to the franchise overall? 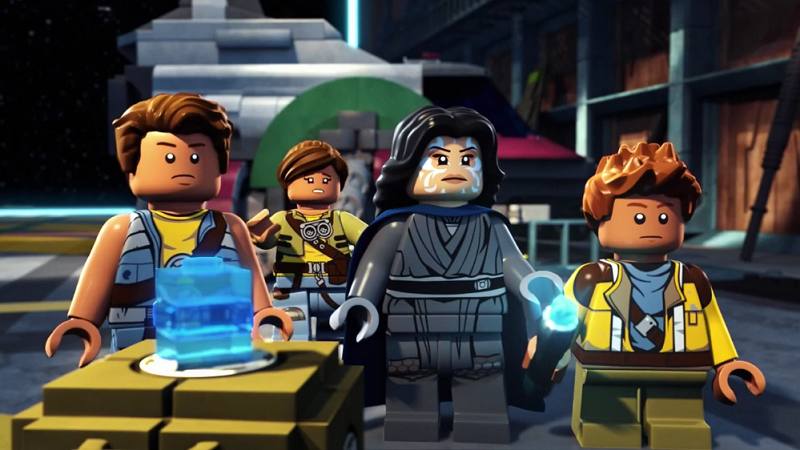 First of all, it allows for the exploration of stories we wouldn’t normally care for in canon. One such example would be the Han Solo Star Wars Story – what has been hailed on Twitter as a mostly unnecessary idea for a movie. On the other hand, if The Padawan Menace wanted to explore what Han could have been like in the Clone Wars, they’re free to do so. For the most part, the most ardent canon followers simply have the option to ignore it. Those who might be curious can enjoy a fun story, unburdened by the canon (and years of storyline behind it). Sure, it doesn’t add anything to the story of Han, but it doesn’t need to.

I find this refreshing. Every once in awhile, it’s nice to pick to pick up a Star Wars story or watch an episode of The Clone Wars without worrying about remembering everything that happened before it. Legends became inaccessible to many who hadn’t followed it for a few years (or, those who missed the last series). The LEGO Star Wars shorts and TV shows are always available as something you can pick up with only marginal knowledge of the lore.

On the other hand, the LEGO franchise shows a deep respect for the lore, and can explore different storytelling avenues. The Freemaker Adventures is, like the Marvel Cinematic Universe, focused on one massive MacGuffin: the kyber lightsaber. The story behind the lightsaber definitely sounds like something that could sneak into the canon, or at least, it feels at home in the Legends canon. The legend is that Master Baird Kantoo, a Jedi Master from millennia ago, sought to develop a weapon worthy of the Jedi. He forged kyber crystals into a blade – rather than just using them as the power emitter – and creates an immensely powerful weapon. When Master Kantoo swings the blade, it sends an energy beam powerful enough to destroy asteroids…and, unfortunately, a planet. He breaks the blade and hides the pieces amongst his most trusted Jedi Knights.

Like I said, this story doesn’t feel like it would be entirely out of place in the canon. The difficulty would be deciding what type of medium to share this story in. Would it be another animated series? Seeing that the “weapon of the week” format wasn’t a huge hit with fans of Agents of S.H.I.E.L.D., it would be hard to imagine another show based on that concept. The scope of the plot could make it too big for a comic, and it’s hard to imagine that a series would be able to handle the concept and still be interesting. Without the right writer, this story would lack the heart that the voice actors bring to the series. I would rather see this story than not, and if that means it has to be a non-canon LEGO series, so be it.

It’s also unashamedly pro-Star Wars. The first episode of The Freemaker Adventures features many callouts to fun inside jokes. Rowan drinks blue bantha milk out of a carton, and our connection to Roger is established on the fandom’s collective nostalgia for The Clone Wars. Seeing shoutouts to the fandom’s inside jokes might work in some novels (like the Huttslayer in Bloodline), but for the most part they feel forced. For example, I agree with a recent popular tweet that said that Finn leaning on the dejarik table was one of the most cringe-worthy moments in The Force Awakens. In the LEGO world, these callouts can be huge (like seeing a STAP and AT-TE fight together on Freemaker Adventures) or subtle (the Darth Mall – where prices are cut in half!). Seeing these can remind of us of the fun of the galaxy without being too distracting from “mainline” media. 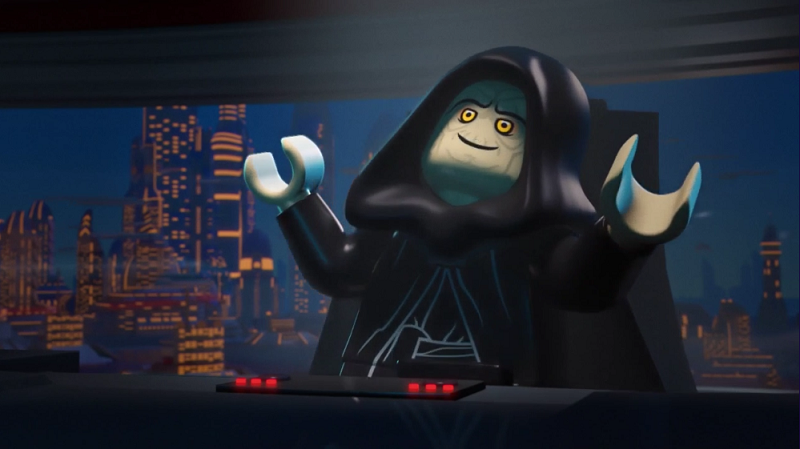 Finally, I think the LEGO world helps us take Star Wars a lot less seriously. For those of us on the Twitter side of Star Wars fandom, we see a lot of cynicism. Constant questions about what is canon or not, fights about whether Snoke is Plagueis (hint: he’s not), or asking what happened to Vader’s genitals (seriously). I think we can all admit that we sometimes take the franchise a bit too seriously. Stuff like this can help us take a step back, enjoy some Star Wars, but remember to laugh at it! Not everything has to be canon, or galaxy shattering, or reveal the backstory to TFA and detail Ben’s fall. Sometimes it’s something as silly as watching Grievous and Dooku hug it out when they’re scared.

I think we forget that the franchise is based on a movie where an old wizard, his young protégé, a giant ape-man, a scoundrel, and a princess from a planet that was destroyed, fight against a machine-like dark wizard who serves aboard a floating death ball with faceless metaphors named after a Nazi program. It features, heavily, a small green man, people named BoShek, Tulon Voidgazer, and, for a while, Luuke Skywalker. Hey, don’t shoot the messenger. What I’m saying is, there’s silliness at the core of Star Wars. It doesn’t always try to take itself that seriously and maybe we shouldn’t either. I think the LEGO stories are the best way to do so: we can laugh at Star Wars without disrespecting the “mainline” work (if that’s something you’re worried about).

With the LEGO canon, there’s a lot to love and a lot of worth in continuing the series as is. It’s accessible, making it easy to sit back, turn your brain off, and enjoy. It comes from people who love Star Wars, and shows respect for the lore, meaning that some stories feel just barely non-canon. Finally, it helps us to reconnect to the silliness of the saga and be able to laugh and let go of a lot of our cynicism again. All of these, for me, help me keep up my interest in the Star Wars galaxy at large.