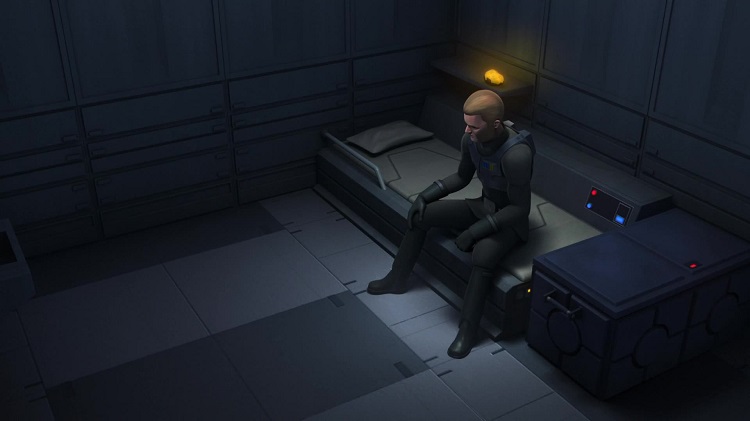 You know Star Wars Rebels had a monumental week when four different members of our show team want to weigh in on it. In the late season two episode “The Honorable Ones”, we see the first hints of decency in Agent Kallus as he and Zeb are forced to work together to survive being stranded on a frozen moon of Geonosis. I rejoiced at the show finally giving its Imperial characters a little nuance, but wondered whether it was too late for us to actually empathize with Kallus after all we’d seen him do. Jay wasn’t so sure that was the goal:

The episode was showing more depth and humanity for Kallus, but not seeking that we empathize with him. We see why Kallus does what he does, and we see how he lives a comfortable lie: thoroughly convinced the Rebels are monstrous and his deeds are justified. We see, too, how he has difficulty justifying them when challenged, as opposed to living in an environment where everyone agrees to the same truths. That’s a valuable perspective.

While Ben and Sarah agreed that the episode was successful as long as one didn’t overestimate what it had set out to accomplish, that was the last time we saw Kallus in season two. It remains to be seen just how his story will continue.