The success of Rogue One with critics, fans and at the box office will have come as a huge relief to Lucasfilm. Not only does it show that the series can succeed without centering on the saga of the Skywalker family, it also indicates that the wider audience are open to the idea of entirely new kinds of Star Wars films. Rogue One has been lauded both for its gritty vision of war, and for its morally grey portrayal of the Rebel Alliance.

For fans who follow Star Wars outside the films, and have read Battlefront or seen the Clone Wars “Darkness on Umbara” arc, the idea that you can tell a “gritty” war drama in this world is nothing new. Rogue One, to us, might not seem like a radical departure, but to the eyes of the general viewer it is something entirely different. It is a bold move for a franchise to make after forty years, and seven films which have stayed fairly close to the same format: despite some aesthetic and tonal differences between and within the episodic “saga” films, they are all essentially mythic “hero’s journey” space fantasy tales, with a visual language that is part Flash Gordon, part Kurosawa. The risk of shaking up such a familiar format after all this time shouldn’t be downplayed.

The furthest the films went in terms of playing with genre before now was during the first hour of Attack of the Clones, where the paranoid thriller of Obi-Wan’s film noir-inspired investigation into an assassination attempt is intercut with old-fashioned courtly-love melodrama: all lakes, flowers and fireplaces. The jaggedness of this contrast, though, is one of the things AotC receives criticism for, and in any case, it returns to a more traditional Star Wars feel for its final act. Rogue One is something new – it is resolutely attempting to tell a story in another genre, the “war movie,” but set within the universe of Star Wars.

One of the great achievements of Rogue One is the way it rebuilds a familiar world. Gareth Edwards somehow manages to evoke the feel of the original trilogy, the prequel trilogy, The Clone Wars and Rebels all at once, and (with a few exceptions) the nostalgic references mostly emerge naturally from the background, rather than wink directly at the audience. Its success at rebuilding, and then building upon, Lucas’s creation and capturing the feel of the Star Wars universe gives the film the foundation it needs to branch off into new kinds of storytelling without pushing the audience too radically out of its comfort zone.

The tension between the war film and the swashbuckling space fantasy adventure, though, is one that Rogue One wrestles with throughout. It reaches a head in the third act of the film, when the gritty and chaotic Saving Private Ryan-style invasion of the beach and the doomed fates of our heroes are intercut with a familiar gung-ho space battle led by a giant fish. And despite making great efforts to paint the Rebellion as morally grey (particularly through Jyn and Cassian), the final scenes of the film with Darth Vader and Princess Leia snap us back into familiar iconic Star Wars territory: the bad guys wear black, the good guys wear white, and the fairy tale is about to begin again.

This isn’t enough to undermine what has gone before – in any case, the morality of Star Wars has always been more complex than it is often given credit for – but it does speak to one of the tonal challenges of branching out into new territory with these films. On the whole Rogue One finds this balance remarkably well, though it is a close thing at times. The decision not to have an opening crawl was a sound one – a Flash Gordon opening would be out-of-place at the beginning of a serious war movie. The greatest evidence of this, though, is at the end, as the film irises-out into the familiar rousing end credits music. It feels as if the credits for the wrong film have been tacked on, particularly since wipes and irises were deliberately not used as scene transitions during the rest of the film (a Star Wars first).

There are a range of acting styles on display, too. As Jyn watches her father’s holographic message on Jedha, the camera lingers for a long time on Felicity Jones’s face as she tries to stop herself from breaking down. There is a gut-wrenching emotional rawness here that is unusual in a Star Wars film, and Jones is outstanding. In the same room, however, is Forest Whitaker’s Saw Gerrera – an entertainingly larger-than-life performance that would have felt at home in any of the saga films.

Still, as a first attempt at a spinoff, Rogue One is a remarkable success. It has struck a chord with the general audience that Lucasfilm needs to retain if the franchise is to remain profitable, and managed to stretch the format of Star Wars just far enough to make it unique, but without breaking it. So where do the anthology movies go from here?

Always in motion is the future

Following a return to the saga in Episode VIII in December 2017, next up is a story featuring the young Han Solo, directed by Phil Lord and Chris Miller of The Lego Movie and 21 Jump Street. Their filmography – and the casting as Alden Ehrenreich and Donald Glover, who both have proven comedy chops to go with their dramatic credits – imply a more comedic approach, perhaps a caper or a casino-based con or heist movie. There’s ample opportunity here to push Star Wars into new territory in its directing and editing style, and to bring something zippy and modern, and a bit Ocean’s Eleven, to the franchise.

Josh Trank’s mooted Boba Fett movie has been put on the back-burner, though it likely won’t be too long before we see a bounty-hunter-centered film. Maybe we will get a film taking its cue from the excellent Dredd, pairing the cold, faceless Boba with a younger, more sympathetic companion. Or something entirely different – a neo-noir thriller in the underworld of Coruscant featuring Cad Bane and Aurra Sing might not be as marketable as a Fett movie, but could offer something vibrant and new.

The most frequently-requested idea among the online fandom is a film about Obi-Wan Kenobi, set on Tatooine between Episodes III and IV. Ewan McGregor has expressed his interest in returning to the part, and there is potential for a true “Western” Star Wars film, with Kenobi taking the role of the mysterious man who rides into town, sorts out all the problems and gets rid of the bad guys, and rides out again.

Beyond that, the question is how far Lucasfilm will be prepared to experiment with the franchise, or indeed its target audience. From Revenge of the Sith onwards, the films have skewed towards a progressively older audience – even the adventurous The Force Awakens features the death of Han Solo, the most viscerally intense and violent death of a main hero in Star Wars so far. Would Lucasfilm consider a film aimed more directly at children? A Harry Potter-esque adventure about young Padawans in the Jedi Temple, perhaps? How about a film about the ancient Jedi, taking Star Wars into the “high fantasy” genre along the lines of The Lord of the Rings or World of Warcraft? Or a true horror film, or 1950s-style alien invasion or monster movie? The Star Wars galaxy is a huge sandbox, with a potentially infinite variety of characters, locations and civilizations, and all genres are up for grabs.

It may ultimately turn out that it is we, the devoted fans, rather than the general audience, whom Lucasfilm will struggle most to win over. I have been a fan of Doctor Who – a show praised for its unique ability to tell a story in almost any genre – for long enough to know that it is often the core fanbase that is most vocally resistant to the more experimental episodes, while the general audience receive them more warmly. The reverence with which The Clone Wars series (which played with everything from a Godzilla movie to a Hitchcockian thriller) is now held gives me hope that this is not the case with Star Wars fandom, and that we will give Lucasfilm the space to experiment, even if it means the occasional misstep. The limit to which the Star Wars format can be pushed without breaking, or alienating audiences, is something that might only be discovered in practice, and is a question Lucasfilm will have to wrestle with in the years ahead. 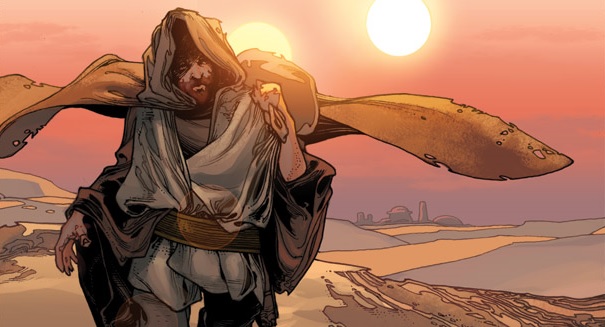 The largest problem of all might well be the role of the anthology movie itself. It may be that, following Episode IX, Lucasfilm takes a break from the saga films, if for no other reason than to continue their generational structure and wait for Daisy Ridley, John Boyega or even Adam Driver to age into the role of parent or mentor. If this is the case, and the series is to rely on standalone films for a time, they may take a more cautious approach in case audiences and fans alike start to miss the mythic spirit of “true” Star Wars. Perhaps the occasional standalone adventure starring Rey, Finn or Poe could help to mitigate this.

This may well be the kind of thing the creatives at Lucasfilm are currently discussing, as they plan the years beyond Episode IX. However, the success of Rogue One will have given them confidence that the wider audience will still flock to a “genre” movie set within the Star Wars galaxy, and that with the right directors in place, a whole new world of possibilities has opened up to them.