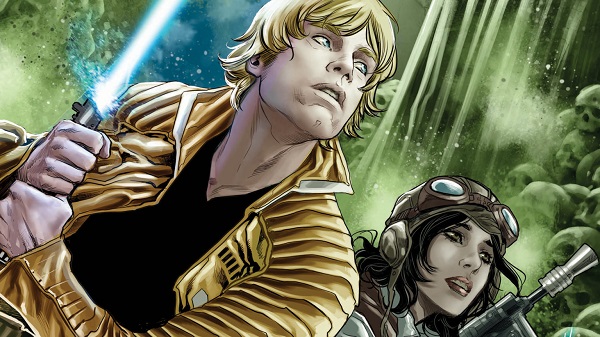 These crossovers grew in scope from one to the next, and if they want to keep up their pace, I believe they should recalibrate a bit and make a few changes. Both Vader Down and The Screaming Citadel introduced a lot of concepts which were underdeveloped and left hanging. If a film left those threads open, we would expect a novel or comic to fill in those gaps. But, seeing as these events are comics, we don’t expect supplementary material – the event is generally all we get, so to speak. To allow for more breathing room and to further explore these crossovers, changes should be made. I think the Star Wars line should take two major points from mainstream Marvel. First, events should be set up much further in advance, while their consequences should be far more lasting. Second, they should be longer, allowing for a more in-depth event, in terms of both characters and plotting.

The Star Wars comics would do well to seed events sooner while letting stories play out longer. For the most part, Marvel events don’t come as a surprise, even in-universe. Hints and clues pointing to the next event are spread throughout earlier comic books, introducing story arcs years in advance. Jonathan Hickman’s Secret Wars was seeded throughout his Avengers/New Avengers/Fantastic Four runs before reaching its apex in the event itself. And even when they’re over, the fallout of these events can have staying power. The Thor comics are only recently paying off a mystery introduced in Original Sin, an event from three years ago. 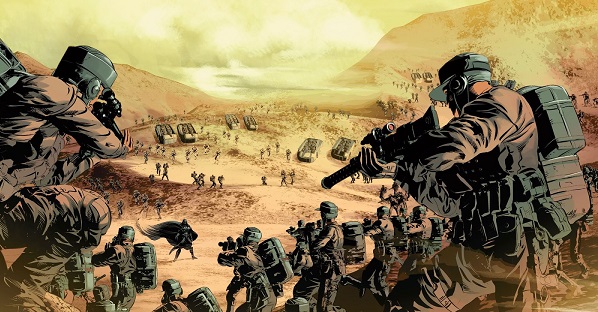 So far, Marvel may not have had the time necessary to do this for its Star Wars titles. Because of this, it feels as if the crossovers are more detours, rather than following the progression of the stories so far. Considering that Vader Down was the third arc for both Star Wars and Darth Vader, there wasn’t much time for setup without impeding the main stories. Two and a half years in, this is no longer the case, and hopefully, pre-planning could help set up events with much greater lead-in time.

While concepts and themes from The Screaming Citadel were set up before the crossover (Luke’s Jedi training and Aphra’s hope to profit from the Immortal Rur), most of the setting and plot points were introduced and resolved in the crossover itself. For example, the Castle of Kthath’atn and the queen’s cohort are brought in out of the blue in the series, rather than being the natural climax of Doctor Aphra’s first arc. More than that, having had 33 issues with Aphra already (give or take a few), at least a passing mention of the castle before would help frame the event within the ongoing series. This would organically build hype for the climactic event, boosting our anticipation and (hopefully) sales.

The crossovers haven’t seen much life after the arcs themselves, either. Star Wars followed Vader Down with Rebel Jail, where a captive Aphra had to help Leia and Sana catch a dangerous killer in a Rebel prison stationed near a sun. This arc had almost as much “crossover” material as the actual crossover did, which was part of the impetus of my rethinking these events. Darth Vader moved on to the Shu-Torun War, with few mentions of the missing Aphra. So far, only Bloodline has mentioned Vrogas Vas. One of the most powerful aspects of Kieron Gillen’s Darth Vader run was that it felt like a 25-issue story rather than five completely separate arcs.

Now, as for the events themselves, it is easy to argue that they need far more time to fully play out. Simply based on the arguments above, it is unfair to constrain an event to a single miniseries without any setup and little to no follow-up. This puts far too much pressure on a meager five issues, invariably leaving them feeling less satisfactory than they truly have the potential to be.

For example, without setup, The Screaming Citadel felt undoubtedly rushed. The crossover introduced threads focusing on Luke’s Jedi training, his encounter with the Immortal Rur, Leia’s self-reflection thanks to the murderbots, Black Krrsantan’s vampiric transformation, the discovery of Horox III, the backstory of the Citadel itself, and Han’s fight with the parasites. All of these were briefly touched on in the first four issues, leaving a single issue to wrap them up. Unfortunately, a single issue couldn’t wrap most of these stories up well, concluding most in the span of a single page (if they were concluded at all). Sure, we can expect some follow-up on a few parts, but the precedent set by the arcs following Vader Down doesn’t instill much confidence. I think this warrants the addition of more issues to each crossover.

While they could keep the alternating structure and simply make the arcs longer, which could satisfy me while continuing to meet Marvel’s cross-promotion goals, I think there is a much robust approach that could result in a more complete and well-rounded story: use the main titles as supplementary material while giving the event its own miniseries. Each Marvel event, in the titular series, touches the lives of a myriad of heroes in the Marvel universe. Wolverine and Daredevil, of course, were not going to react to Dark Reign the same way. Unfortunately, the event’s miniseries is not the best place to draw out individual reactions. Most of the time, Marvel will focus on their reactions in their own books. For Miles Morales, we might see how he reacts in Champions, Avengers, or his own Spider-Man title. Kamala Khan reacts to Civil War II in Ms. Marvel. This way, the main event can push on without sacrificing individual stories. I think Marvel’s Star Wars line would benefit immensely from this.

So, hypothetically, let’s retroactively apply this to The Screaming Citadel. Let’s give the event the same five-issue run that we already have, but it was released as The Screaming Citadel 1-5. This would give Star Wars a few issues to get into the Big Three’s heads. An issue could be spent on Leia reconsidering her relationships with Luke and Han and the Alliance. We could spend more time in Han’s head, watching how he reacts to the symbiotes and coming to the conclusion that he doesn’t want to lead. We could see more of Luke’s interactions with the Immortal Rur, and how his previous Jedi training caused Luke to ignore him. On the other side, Doctor Aphra could work with the history of the Citadel and Aphra’s relationship with Sana. It could have a whole issue on how a Wookiee reacts to the symbiotes, and explain exactly what is happening to Black Krrsantan. (Note: this is not about adding more to the story, making the events unnecessarily long. Rather, this is about exploring what is already present in the story, going deeper than present circumstances allow.)

Some may ask why we don’t apply this argument to more arcs. Surely, a lot of arcs could benefit from a few more issues. The difference is that, say, The Last Flight of the Harbinger does not carry the weight of two entire titles’ histories behind it, acting as a turning point for both. When two titles rely on a crossover to push their stories forward, it does not seem logical to think that a regular-sized arc can do the heavy lifting it needs to.

I love the Marvel comics—even some of the stinkers. I want to continue to see crossovers, hype and all. I would just love to see them take on more significant lives of their own, moving beyond just a simple arc. I would love to see these explode, and I think adding a separate title for events, letting the flagships fill in supplementary material, and seeding the events before and after would make them become true breakout Star Wars stories.