Note: The speculation about The Last Jedi in this article is based only on official sources – behind the scenes footage, interviews with the cast and director, and merchandise.

It’s been lurking in the fandom subconscious for some time; we’re just afraid to confront it. Surely they would never kill Luke Skywalker in the very next film after offing Han Solo? The childhood hero for millions, forced by his own guilt into a lonely, tortured exile, returns to the galactic stage only to shuffle off its mortal coil for good? That would be absurd, wouldn’t it?

Lisa Schap already speculated, long before details of the story were known, about the necessity for Luke to be written out of the sequel trilogy. Didn’t everything change, though, with The Force Awakens? Didn’t Han’s unexpected (yet quite wonderful) role as Rey’s mentor/father figure, and his tragic death, mean Luke dodged this particular bullet?

I’ve felt that way for a long time. I’ve lived happily in denial. I’m sorry to say, though, that knowing what we now know about Luke, I can no longer deny the truth. TFA only prolonged the inevitable. Luke dying in The Last Jedi is not just a very real possibility – it might also be best not just for the story of the trilogy as a whole, but also for Luke himself.

The Redemption of Luke Skywalker

Firstly, and most importantly of all, it would make a great story. Rather than planning an arc and dividing it into three, Lucasfilm are giving each director the freedom to tell a self-contained story, building on what came before, and allowing shape of the sequel trilogy as a whole to emerge naturally. TFA saw Han’s redemption, as he pulled himself out of his old ways and accepted his responsibilities as a father, finding redemption in self-sacrifice (a sacrifice that, hopefully, will not be for nothing). Episode IX was originally intended to be “Leia’s movie,” while TLJ is firmly Luke’s. So it’s not unreasonable to expect that Rian Johnson has given Luke a complete story arc, as Han received in TFA.

With the recent Entertainment Weekly feature, Luke’s line in the trailer – “it’s time for the Jedi to end” – has finally been given some context. Han’s summary in TFA, it turns out, was essentially correct. Luke exiled himself because the guilt of failing to foresee – and prevent – Kylo Ren’s fall to the dark side proved too much to bear. He doubts his abilities as a Jedi Master, and it seems entirely natural that he is now reluctant to try again and risk another catastrophe. Having accepted that he is the last of his kind, he has returned to the origins of the Jedi to live out the last of his days. That ominous line from the trailer is, Hamill confirms, a sign that he has lost the very hope and optimism that once defined him.

There may have been more to his quest to find the first Jedi Temple. Perhaps he was looking for answers, and none have been forthcoming. Hidden away in the TFA Visual Dictionary (written after Johnson had developed his story for TLJ) is the suggestion that the Force has lain “dormant” since the fall of Luke’s new Jedi following, “seemingly quieted to those able to sense its presence.” Has Luke been unable to hear it, to use it – and the spirits of Obi-Wan and Yoda – as a source of wisdom and guidance? If so, perhaps the awakening of the Force associated with Rey could finally give him the insight he seeks. There’s also the more practical possibility he was not able to enter the Temple at all – Rebels recently introduced the idea that two Jedi, a master and an apprentice, are needed to gain access to the old Temple on Lothal. Maybe Luke’s just been locked out.

If rebuilding the Jedi was out of the question, though, why didn’t he just join the Resistance to fight alongside his sister anyway? The answer to that may be in The Clone Wars, where it becomes an explicit story point that Jedi should not fight wars, and should avoid violence except as a last resort, because the more they fight, the stronger the cloud of the dark side grows. Luke is nowhere to be seen during the Battle of Jakku in Aftermath: Empire’s End, the decisive conflict between the New Republic and the Empire. Based on Shattered Empire, he’s more interested in travelling around the galaxy collecting plant cuttings. Perhaps Yoda – aware, as he makes clear in Rebels, of the Jedi’s mistake in fighting in the Clone Wars – warned him of the dangers of violence, and in his current guilt-ridden state, Luke may fear he would just cause more damage to the galaxy.

Either way, Luke has lost his hope, sees no future for the Jedi, and apparently is not particularly happy to meet this strange girl who turns up carrying his old lightsaber. Rey’s connection to that weapon is the clearest message the Force can send to get back into the game and train her, but according to Daisy Ridley in EW, we shouldn’t expect him to welcome the idea with open arms: “I don’t think one girl, who he doesn’t know, turning up with a lightsaber is gonna make him go, ‘Oh, s—, yeah, of course I’ll get back into the action.”

This is a story, though. Luke will not remain this way. It’s a perfect setup for a redemption story – for Luke to find his hope again, and to give this whole Jedi Master thing another go with Rey.

And if he is to rejoin the fight, to “ignite the green” and be the Jedi we want him to be, there’s only one natural fate for him. The culmination of the Jedi philosophy is self-sacrifice. The ability to live forever in the Force, to achieve the greatest connection with it and retain consciousness after death, is something only the Jedi can achieve because it requires absolute selflessness, the willingness to abandon their attachment to the physical world entirely and become something greater. What better way for Luke to complete his redemption arc than by doing the most Jedi thing imaginable – not being “badass,” but sacrificing himself for the greater good?

Even more important than this, though, is Rey’s story. This is, after all, her trilogy. She is the protagonist, the hero, and it will – it must – be her choices and actions which ultimately resolve the conflict. During the writing of TFA, Luke was written out because it was felt that his presence would overshadow Rey and Finn if he was introduced too early – Abrams, Kasdan and Michael Arndt felt the audience needed to invest in the new heroes before Luke could be brought back in.

This is the argument that Lisa perceptively made all the way back in 2013: Luke is the iconic hero of the saga, and his presence will naturally overwhelm everything else. If Luke survives TLJ, Episode IX faces the same problem. It’s a common trope that the mentor must die in an act of sacrifice, even if they are reborn in another form: Obi-Wan in ANH, Gandalf in The Fellowship of the Ring, Dumbledore in Harry Potter and the Half-Blood Prince. The trope exists for a good reason: it’s just too easy for the hero if the mentor is there until the end, holding their hand and using their powers to help deal with the bad guy. Luke, Frodo and Harry all had to face their final challenges alone, and Rey will be no different. Even Yoda had to die before the final conflict in Return of the Jedi, and given the first 30 minutes of that film does little more than tie up loose-ends from The Empire Strikes Back, he essentially dies at the end of the ESB story. Han was Rey’s mentor in TFA, but Luke looks set to take his place, and he’s just too powerful to stay around until Episode IX.

And in Luke’s case, he wouldn’t have to be totally absent from Episode IX, as he would be able to return as a Force ghost to offer the occasional pearl of wisdom. For a fully-trained Jedi in this era, there is really no such thing as death, and ghost-Luke is a convenient way to ensure he cannot use his great powers to take down Snoke and/or Kylo Ren himself.

Then there’s the title, The Last Jedi. Though Rian Johnson said he sees the title as “singular” and a reference to the idea that Luke, as revealed in the crawl of TFA, is the last of his kind, he has also said the meaning of the title evolves over the course of the film. The fact that it’s plastered all over the merchandise implies that at some point, Rey will be receiving some Jedi Training – as opposed to starting the 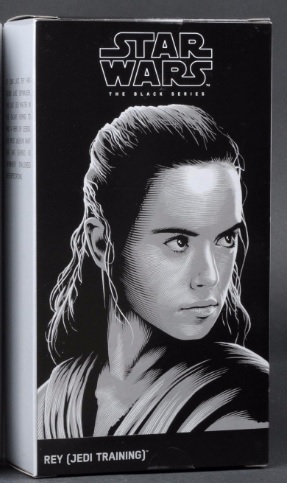 Grey Bendu Order of the Whills or whatever else the popular theory was. It could be that the meaning of the title changes from singular to plural, but the neatest and most poetic idea is that Luke is the last Jedi at the beginning, and Rey is the last Jedi at the end. Imagine what a powerful ending that would be – the burden of the entire future of the Jedi is suddenly placed on the shoulders of a young woman who has barely even started her training.

It is difficult to imagine Luke being killed in the very next film after Han’s death – a double-whammy to an audience that has been waiting to see them again for more than 30 years. And yet, even J.J. Abrams – often criticised as wallowing too much in fanservice and nostalgia – was a mature and bold enough storyteller to not only keep Luke entirely out of the action in TFA, but also to kill Han before there was any chance of the “trio reunion” the fans so desperately wanted. In comparison to this, and wiping out the entire cast of Rogue One, killing Luke now – when a trio reunion is already impossible and he can come back as as a ghost anyway – seems relatively tame.

My one hesitation? With Carrie Fisher’s tragic passing, it seems Leia will be entirely written out of Episode IX. Lucasfilm has insisted that TLJ has not been changed at all to account for Carrie’s death, so Luke’s fate will be what it was always meant to be. Will we face a final episode of the Skywalker saga without any of the trio? Where – depending on a certain parentage revelation – the only Skywalker left is Kylo Ren? If so, though, maybe there’s a certain poetry there too. A trilogy that began with TFA – a film about legacies – would end with the last Skywalker making a final choice about what he really wants his family’s legacy to be. 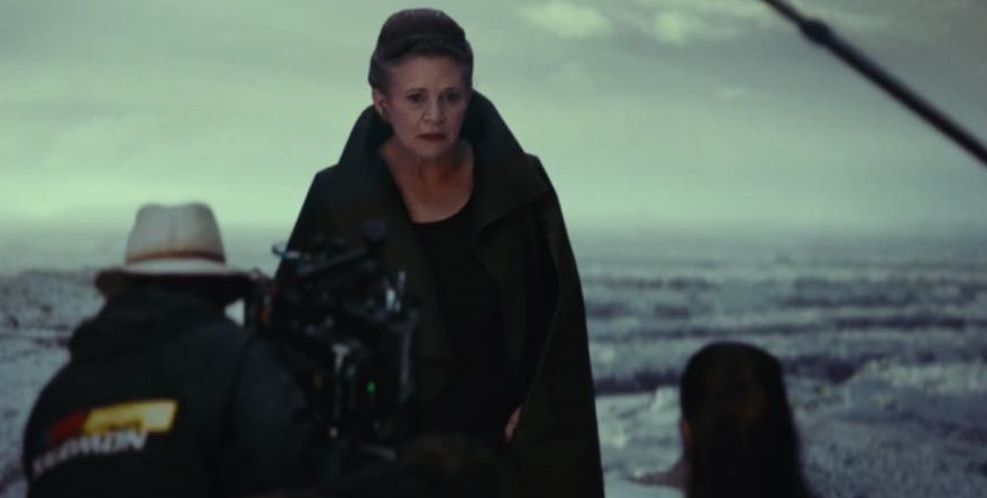