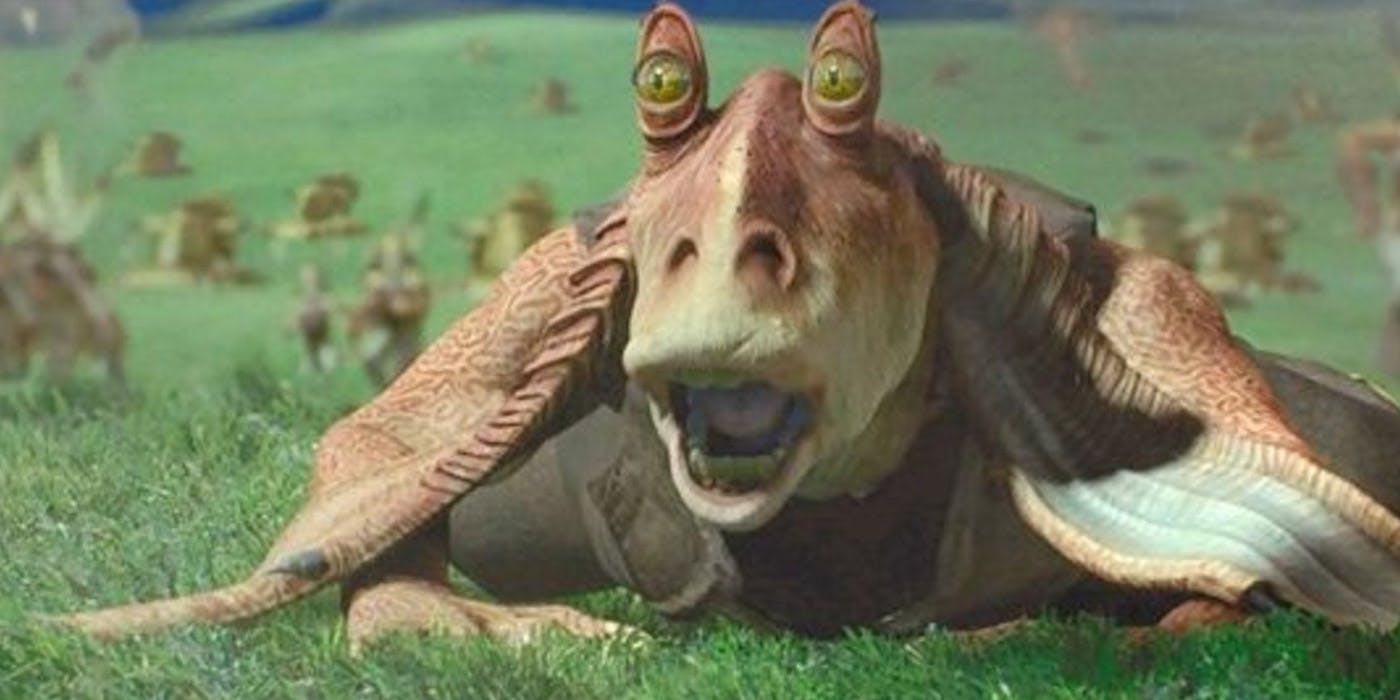 The argument that TPM doesn’t work as a standalone film, and began the era of serial movie storytelling (requiring the audience to “keep up” with a sprawling franchise) also doesn’t quite hold together. Harry Potter and The Lord of the Rings, two franchises which must be incomprehensible to anyone coming in halfway through, were already in production when TPM was released, as was X-Men, the herald of the modern superhero era. As for TPM itself, providing minimal backstory and explanation had been part of Lucas’s style since A New Hope, an approach based on his experience of watching Japanese films, where he enjoyed being dropped into a culture that was alien to him without any hand-holding or explanation. The first time I saw ANH I spent the first half-hour wondering whether I had started with the wrong movie, because the crawl (for “Episode IV”, no less) referenced people and events I didn’t know.

The argument that the story “doesn’t need to be told at all, because it was already so elegantly inferred in the original trilogy” could really apply to anything, not least the sequel trilogy. No story needs to be told. I didn’t need or particularly want a Han Solo movie, but I loved it. There’s actually an argument that, as a work of art, ANH would have been better served if none of its prequels or sequels existed, and it was just a single, middle chapter of a matinee serial that we’re never going to see the rest of, because we can’t get to the flicks next Saturday. There’s an elegance and mischievousness in that idea.

When it comes to nostalgia, though, Jenkins hits on something interesting. Not cinema’s preoccupation with revisiting the same icons: art and literature have always done that, whether it’s the Greek myths, Robin Hood, Sherlock Holmes, or James Bond. Some characters stick in the cultural consciousness, and there’s nothing wrong with going back and looking at them in a new way. It’s not as if there aren’t plenty of entirely original works out there: even in the last decade, Inception, Source Code, Looper, Gravity, and Moon are there to fill your non-franchise sci-fi/adventure needs, and if you want more of those, go to the cinema and support them. And Star Wars is better than most franchises when it comes to handing on the baton to new characters rather than just recasting the old ones.

The real legacy of TPM, the thing that we are still grappling with, is that it made acceptable and mainstream a particularly ugly kind of fan response. Suddenly, with the rise of the internet, your opinion on a movie wasn’t just something you shared with your friends and then got on with the rest of your day. Now your opinion mattered, like-minded people were reinforcing your beliefs, and online news was there to amplify your voice. And based on our experience with The Last Jedi, there seems to be something cyclical about this. 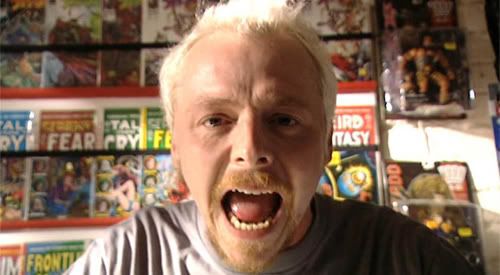 It’s easy to forget now, but the critical response to TPM at the time was not that bad. An analysis by Rotten Tomatoes shows that it received better reviews on its original release than The Empire Strikes Back or Return of the Jedi, and indeed many of the contemporary criticisms of ESB sound familiar: poor dialogue, wooden acting, an over-reliance on special effects. Roger Ebert was particularly impressed with TPM, praising its “good story”, “wonderful visuals” and sense of “exhilaration.” What we remember is not the critical response, which was fairly typical for a Star Wars film, but the fan backlash.

Partly that was a result of expectations, but there may be something more underlying that. Perhaps, as fans of sci-fi, our hearts always lie in the past because those stories are safe. They can’t hurt you, or let you down. You don’t have to worry about the “direction of the franchise” or about who’s writing or directing the next one and what they might do with it. With time, your love becomes healthier: not only can you enjoy the things you always enjoyed, but the things you hated can seem quaint or amusing, and at worst make you roll your eyes with a smile on your face. As a Doctor Who fan I’m very familiar with this: there’s nothing more fun than watching a 1980s story that you know to be terrible, looking for the good bits and having a good time laughing at the bad bits.

This has certainly been the case with the prequels. Suddenly the kids who grew up with them are significant voices (as Ewan McGregor recently acknowledged), the initial anger has cooled, and Prequel Memes has turned even lines like “General Kenobi!” and “It’s ironic” into lines you shout along with the movie. Those movies are safe now – you can have fun with them, the good and the bad. Even Simon Pegg, a professional Prequel Hater for much of his career, now acknowledges that the tone of the criticism was too extreme and personal (perhaps having tasted a little of it himself with Star Trek Into Darkness). Now The Last Jedi is the crime against cinema, a fundamental misunderstanding of Star Wars for which Rian Johnson and Kathleen Kennedy should never work again. Its worst crime, apparently, is that it “split the fanbase”, as if the “fanbase” has ever been united, or is even a single thing at all, and as if a storyteller should even care. George Lucas, the man who ruined so many childhoods, is now begged to come back (hello again, Simon).

So the cycle goes on. The “old movies”, which now includes both originals and prequels, are safely locked away in time, and have become what we want them to be. Luke Skywalker was a hero who would never, ever even think of impulsively killing a relative or throwing a lightsaber away. Modern Star Wars is suddenly terribly left-wing, something it never was, even fourteen years ago when Revenge of the Sith was criticized by Fox News for satirising George W. Bush. Lucas even created a war-profiteering Kaminoan Senator for The Clone Wars called Halle Burtoni. (Whatever your political persuasion, you surely can’t ignore that Lucas’s politics have always been those of the Bay Area, and to criticize the Disney movies from that angle seems incredibly, and perhaps deliberately, blinkered.) 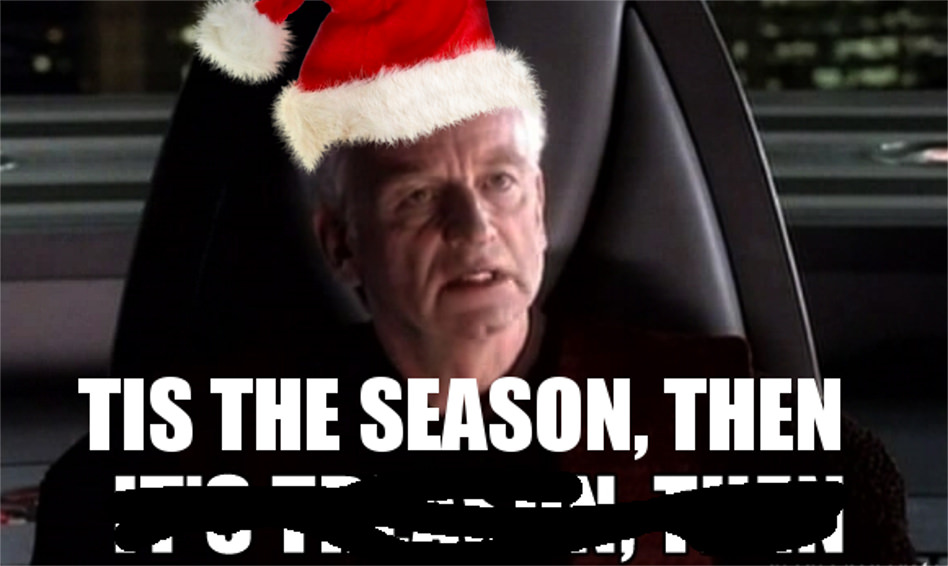 The ubiquity of social media means it’s hard to get away from the more extreme responses now. Campaigns are organized to down-vote and one-star movies, whether it’s Rotten Tomatoes, IMDB or YouTube (an entirely healthy use of a functioning adult’s time). This also means that the nastiness that almost ruined the lives of Jake Lloyd and Ahmed Best now comes easily, whether it’s directed at Rian Johnson, Daisy Ridley or Kelly Marie Tran. A click of a button and you can directly insult and abuse another human being, without consequence, and they will see it immediately. Even @-mentioning someone in a critical conversation would be bizarre behaviour in any other sphere – the equivalent of standing outside a celebrity’s open window and shouting to your friends about how much you hate them.

The Circle of Strife

Yes, TPM may have been a landmark in a general movie-making trend, but with other influential franchises already in development, its effect there can be overstated. Sadly, its legacy is that, via the magic of the internet, it made it okay to hate a movie loudly, angrily, and to direct that anger in a personal way. And then, when the years had passed, the anger had cooled and a certain nostalgia had crept in, to look back at it with fondness and direct the hatred towards whatever new thing the franchise was attempting. Like TPM, TLJ may be remembered not as much for the film or the critical response, but for the fan reaction, because that’s what has been given the most attention on the shouty vortex of the internet. And just like TPM, once that anger cools, time will likely be kind to it.

So don’t worry, Rian – in a few years they’ll all be chuckling at Ben Swolo and thala-siren milk, cheering Luke’s sacrifice, and begging you to come back.

One thought to “The Phantom Menace is Innocent: We’re to Blame for Modern Cinema Culture”