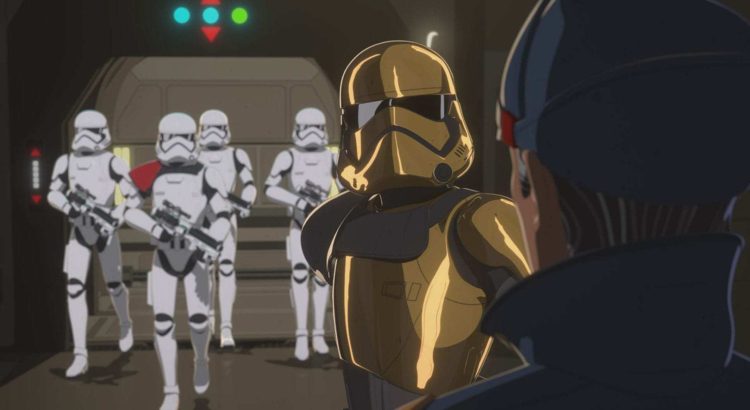 The First Order invasion of the Star Wars galaxy has been characterized on the big screen as efficient, effective, and merciless. The Force Awakens opens with a brutal First Order attack on a settlement on Jakku. While the movie goes on to depict the destruction of the Galactic Senate on Hosnian Prime by Starkiller Base, the details of the brutal methods utilized by the First Order to exert authority over individual planets are not fully explored on the big screen. The first season of Star Wars Resistance reveals the shocking truth behind the ongoing march of the First Order.

Home, Home on the Colossus

On the edge of Wild Space lies Castilon, the oceanic planet that serves as the setting for the first season of Star Wars Resistance. While the surface of the planet is covered in water, no land is necessary for the Colossus, an old supertanker depot that serves as a final refueling point before the Unknown Regions and also as a hangout for speed-junkie ace pilots. Far from the cosmopolitan Core systems – where planets which serve as the seat of the galaxy’s political and cultural power (like Coruscant and Hosnian Prime) are located – Castilon is, by the admission of Flix the acquisitions clerk, what most people mean when they say “the other side of the galaxy”.