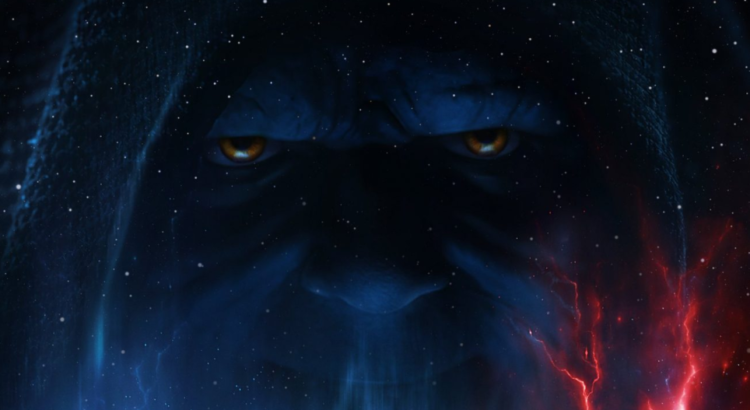 Not from a Jedi

When we first meet Palpatine in TROS, he is in a decaying, corpse-like state, his eyes milky white, attached to a life support system. When Kylo Ren asks how he can still be alive, Sidious repeats what he told Anakin in the famous opera scene in RotS – “the dark side of the Force is a pathway to many abilities some consider to be unnatural.” Does this mean he used the Darth Plagueis, midi-chlorian-manipulation method to survive? That is never definitively answered, nor is the question of whether this is even Palpatine’s original body. Later in the film he suggests that his spirit (and, for some reason, the spirits of “all the Sith”) will transfer into Rey if she turns to the dark side, and he has also been growing Snoke clones (I know, I know). Perhaps this body is a clone that he transferred his life essence into, as in the old Dark Empire comics.

Either way, the ugly, disfigured, zombie-like appearance of Palpatine here speaks to the downside of the Sith obsession with immortality: clinging onto a broken physical body even as it falls apart. The desperation to hold on to the material world. Palpatine must be in tremendous pain here, kept alive by his hatred and desire for revenge against the Jedi, the Skywalker family and the galaxy at large. When his plan to transfer into his granddaughter’s body fails after she controls her anger and hatred, he uses the power of Rey and Ben’s Force dyad to steal the “life Force” from them and rejuvenate himself, becoming only slightly less decaying and corpse-like but at least able to move and shoot Force lightning.

This is actually something we’ve seen before in George Lucas’s Star Wars, in the Clone Wars story “The Disappeared”. In that two-episode story, Mace Windu and Jar Jar Binks investigate the activities of a cult on Bardotta. The cult is working with Mother Talzin, queen of the Nightsisters, to steal the living Force out of the planet’s spiritual leaders. Talzin plans to absorb this living Force into herself, to make herself more powerful than any Jedi or Sith. The living Force itself can be stolen from another being to heal yourself, give yourself more power or extend your life span, and there’s little doubt that this is a dark side ability.

Are Rey’s healing abilities so different? Aren’t they sailing a little close to what Palpatine described to Anakin in that opera scene, the ability to “keep the ones he cared about from dying”? There is actually a crucial difference, as Rey explains when she heals the sand worm on Pasaana: she is actually transferring some of her own living Force (or “life force” as the film calls it) into the worm. The process involves a measure of self-sacrifice, so it must surely come from a place of compassion and selflessness. We’ve seen something like this before, too – in the Mortis episodes of The Clone Wars, the light-side Daughter sacrifices her life essence to revive the dead Ahsoka. This idea could have been executed more effectively in TROS, perhaps by showing Rey momentarily weakened by the act, to establish that it involves a sacrifice. But the idea is there.

When the redeemed Ben Solo resurrects Rey at the end of the film, he isn’t merely healing a wound, as Rey did for him and for the worm; he’s raising her from the dead, a process that means he must sacrifice all of his living Force for her. The process kills him. This stands in direct contrast to Anakin’s desire to save Padmé, which came from a selfish instinct of attachment, of wanting to keep her in his life. If he wanted to save Padmé from death, Anakin would have needed to sacrifice his own life. This is an ending that is very Star Wars – compassion, sacrifice and selflessness above all, and with this act, Ben is truly one with the light side again. His fading into the Force is a reward for the selfless nature of his death. “No attachment, no thought of self, no physical self,” as Qui-Gon says in the RotS screenplay.

I have already seen a lot of speculation – or perhaps it’s just hope – that Rey will, in some future story, find her way into the World Between Worlds from Star Wars Rebels and save Ben, bring him back. This seems like the antithesis of Star Wars, however. Even in that Rebels story, the clear message is that such an action is selfish and dangerous, and could have dark consequences. “I’m asking you”, Ahsoka tells Ezra as he longs to save Kanan, “to let go.” Rey Skywalker too must let go, and move on. She has so much to give to the galaxy, and this is the way of the Force. Ben fades into the Force at exactly the same time as his mother, symbolizing that they are finally reunited and at peace together. It would be a terrible shame to go back on that.

A note on balance

One final note – in the previous Path to Immortality articles I wrote about the balance of the Force, and what that really means. One complaint I’ve seen raised about TROS is that the Force is somehow not “in balance” at the end because the Sith are all gone, but the Jedi remain. But this is consistent with Lucas’s intentions, and even with the sequel trilogy until that point. Lucas once said Anakin does “fulfill the prophecy by doing away with the Sith and getting rid of evil in the universe.” Luke even says in The Last Jedi that, following Palpatine’s first defeat, “for years there was balance.” Balance is not about numbers of light-side versus dark-side Force-users. It’s not an abacus. The Force does not belong to the Jedi or the Sith. It’s the natural order of things in the universe, an order that is disturbed when the Sith rise and wield their power over others, when they kill, and spread fear, anger and hatred. It’s the job of the Jedi to hold them at bay and maintain that cosmic balance. That’s all there is to it.

While bringing Palpatine back runs dangerously close to undermining Anakin’s achievements as the Chosen One, there was nothing in the prophecy that said “balance” would last forever. Evil is always ready to rise again, and Anakin’s sacrifice brought the galaxy a good thirty years of peace, after decades of war and dictatorship. I don’t feel that the intent here was to undermine that, or to make Rey the “Chosen One” – simply to attempt to tie all nine films together by giving them the same villain, however effective, or not effective, the execution of that may have been.