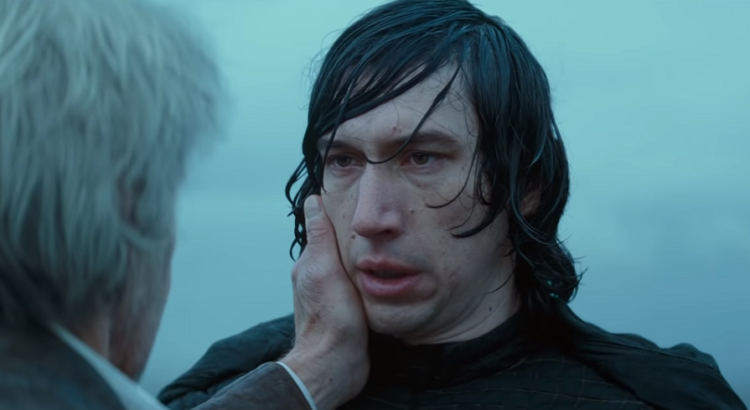 One of the most controversial topics when it comes to The Rise of Skywalker is how “Bendemption” turned out; more specifically, the fact that he dies. I was disappointed with Ben’s redemptive arc, but here is the thing: I am more unhappy with how the Star Wars franchise deals with redemption in general than I am with this singular film. I have been noticing more and more that there is a serious lack of accountability and responsibility across the franchise as a whole.

For a franchise about the good and evil within all of us, there is a serious lack of material that grapples fully with the consequences of characters’ dark actions. We see this in The Clone Wars and Star Wars Rebels, in the sequels, even in Darth Vader’s original redemption. This is an issue I have with Star Wars that’s been bouncing around in my head for a few months now and I think we need to be discussing it.

It is in Revenge of the Sith, in Vader’s corruption, where the context of new information most impacts Vader’s eventual redemption: now, Vader turns to the light and kills Palpatine for the same reason he turned to the dark side in the first place. He joins to save his wife and child, then leaves to save his now-grown children. When you factor this in, it takes away from the idea that Vader renounces the darkness in favor of the light. To be honest, I don’t hate this change in motivation. I like giving Vader’s decision a little more ambiguity. It makes him being a Force ghost feel more like a second chance and less like him getting to do the thing that Obi-Wan and Yoda worked their asses off for because he killed the guy he had spent the past twenty years plotting to kill.

I was hoping we were going to get some new plot thread to that effect, recontextualizing the nature of Anakin’s redemption, in The Rise of Skywalker—but we didn’t. It’s not the film’s fault for not meeting my specific needs, but not having that narrative element wouldn’t be an issue for me if this lack of accountability wasn’t so consistent across the franchise.

In Rebels, for example, Ezra Bridger’s struggle with the dark side is picked up and put down as the plot sees fit, which is one of my only real issues with Rebels’ storytelling. Agent Kallus is immediately given a freebie despite being complicit in some really dark stuff, but the Rebellion is desperate for good soldiers so I guess this can get a pass. Rex and the other clones having their chips taken out makes sense in the narrative but still feels like a shortcut so that you don’t have to deal with them having participated in Order 66.

They almost do something interesting with this in Rebels. When talking about the control chips, Rex says “We all had a choice”, but they don’t really explore it beyond that one mention. This is something I find myself repeating for just about every example I might raise: the non-accountability wouldn’t bug me if it actually served to create a more interesting story. If they had Vader working for redemption as a ghost, if they explored the implications of the chips, if we saw the Rebels taking on shady soldiers specifically because of how desperate they were, and the consequences of that.

Which brings us to the most frustrating part of this whole discussion: all it really does is end a plot thread so that they can tell the easier story instead of the more interesting story. Characters dealing with guilt or struggling with darkness that they once allowed to fester inside them is great for storytelling and very relatable to a lot of people.

A perfect example of this is Quinlan Vos in Dark Disciple. Yes, the book has a lot of issues. However, the narrative of Vos’s dance with the darkness is arguably one of the strongest narratives stemming from The Clone Wars and its adjacent media. The story gives one of the most human portrayals of a fall to the dark side in all of Star Wars.

In Dark Disciple, Vos is paired with Ventress by the Jedi Council, and given a mission to assassinate Dooku. So, he tries to arm himself the best he can, training with Ventress so that he can go to the dark side, but come back to the light as he sees fit. Trying to use the dark side as a weapon that he can put away in a sheath once Dooku is no more.

When Dooku finds out that Vos is dipping his toe in the metaphorical dark-side pool, he pushes him in and holds his head under. This leads to Vos becoming Dooku’s new “personal assassin”. When Vos is eventually saved by Anakin and Obi-Wan, the Jedi try to treat him like every other example I’ve given in this article: they want to put a big shiny red bow on his head, call him redeemed, and never talk about it again. And everyone suffers for it.

Vos continues to pursue the darkness, convinced it will help him hunt down and kill Sidious—a prolonged position of malice fueled entirely by good intentions. Eventually, when he does fully return to the light, the Jedi don’t just give him his shiny red bow back. He is assigned to live under a form of house arrest within the temple. At some point this punishment ends, and as of Revenge of the Sith he is back on the front lines—a story that I would love to see.

The best part of Quinlan Vos’s struggles is that, as of the 2017 Darth Vader comic by Charles Soule, they don’t appear to be over. The inquisitors and Vader still hunt for him; he seems to have survived Order 66. An event that, from the specific perspective of Quinlan Vos, might have been preventable if he’d stuck with the dark side and continued to hunt for Sidious.

The storytelling potential here is limitless. So why is it that every other character either never seems to struggle with darkness, or dies so they don’t have to live with their actions?

All of this is a long-winded way of saying that I want more stories of characters who are redeemed, but living with the evil for which they were responsible. I want to see them fighting the intoxicating powers of the dark side in a day-by-day process rather than just dying after turning to the light and wrapping up their redemption arc like an episode of a sitcom.

In modern-day storytelling character is king. The consequences of a character’s own actions affect their growth and motivations in a very direct way, a more direct way than plot or the actions of others ever will. This is why shortcutting past the accountability stage is a problem: you stunt your character’s growth and you hold your story back from what it could be.

7 thoughts to “Shame, Perhaps; Consequence, Not So Much – How Star Wars Glosses Over Accountability”