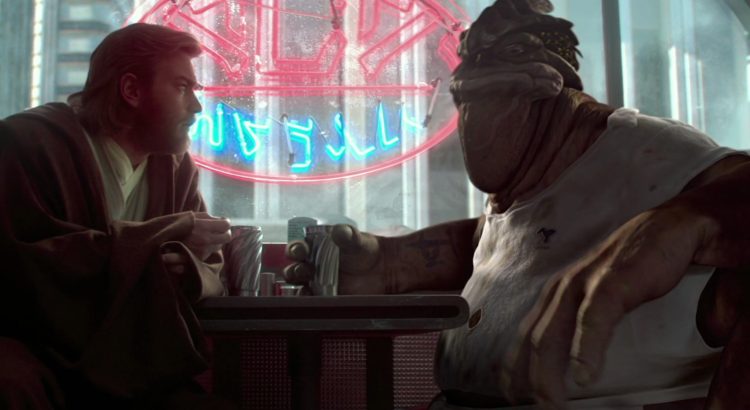 My maternal grandmother’s paternal grandfather immigrated to America, where his children, grandchildren, and great-grandchildren would be born. All 100% Finnish until my generation. We’ve always carried pride in our Finnish side, but I never had much engagement with it beyond eating kropsua for breakfast, teasing the stoicism of relatives, acknowledging St. Urho’s Day, and arguing with non-Finns on the proper pronunciation of sauna. [1]It’s “sOW-nuh” not “sah-na.”

My lack of knowledge about my heritage was most keenly felt when I staffed a FinnFest table for a library a few years back. I was expecting it to feel a little bit like home, but instead I felt wildly out of place, like a bit of an imposter among True Finns™. I was made aware that I wanted to learn. I just didn’t have the structure for where to start.

Cooking Time: Not As Long As It Should Have Been

“How hard could it be?” I asked myself, conveniently forgetting that Chelsea Monroe-Cassel had both a nice sum of money from Lucasfilm and several other cookbooks beneath her belt, whereas my greatest contribution to the culinary world was cinnamon sugar in hot orange juice. [2]I was thirteen.

“This is an outrage,” I told myself, perfectly reasonable in my offense at the lack of credit given by Cookie to Dexter Jettster in several of his recipes. Cookie worked for Maz Kanata. Dex and Maz once dated. These dishes originated in the “Dining at Dex’s” Hyperspace Exclusive article by Gregory Walker from the old Star Wars site, detailing the Dex’s Diner menu. Cookie obviously stole those recipes through their shared connection with Maz. This theft only highlighted the fact that Dex deserved to have his work dignified through real recipes, and it looked like the duty fell to me.

An issue instantly arose with this plan: I had no idea how to build an actual recipe. I didn’t have historical or culinary expertise like Monroe-Cassel. The ingredients I had to work with were sometimes clear – “space carrots” – and sometimes not – “Anzati snot”. Even for the recipes that were simple enough to interpret, did I really just want to make myself a PB&J and call it a “deluxe nutmeat and jelly sandwich”?

I wanted to have a reason behind my choices. As someone who spends so much time peeling apart the “why” of stories like Star Wars, I wanted to have a “why” for my own story here. Or at least a “why” beyond having an intense but perfectly understandable squish (aromantic version of a crush) on a fictional character. I needed a structure to start.

You know where this is going: I use my interest in my Finnish heritage and my wholly defendable love for Dexter Jettster to give each other the structure needed to explore both. My family wasn’t the only Finnish influence I had growing up. In Minnesota, food and recipe author Beatrice Ojakangas is a local legend who has been a guest on shows with Julia Child and Martha Stewart. She is also very Finnish and spent a significant period of time collecting recipes while living in Finland for a time. I could learn how to cook these dishes from her work, and then apply that to Star Wars.

There were some simple recipes that I could cobble together with ease by using common Finnish flavors like crafting Iktotch Toast with cardamom, rye bread, and lingonberry jam. My first truly successful blend of a Finnish recipe and a Dex menu item was “Besalisk’s Bellyful” Hash, in which the ingredients of a potato sausage translated easily to a hash that kept me fed for a week, which is especially useful right about now.

An actual success aside, I was very excited about the hash, though less because of its significance to my Finnish heritage and more so because it had a thing I wish Star Wars used a little more:

I used to have a heaping serving of skillet-cook hash for breakfast every morning during my days as a brawler on Ord Mantell. Talk about a hearty breakfast! This hash is made with a generous amount of bantha beef, Ojomian onions, and protatoes. Even if you’re not wrestling Mantellian savrips for a living, you’ll want to give it a try.

When Star Wars decides to hand us some good old fisticuff fights, they are a delight. The sound design for the blows exchanged in Maul-versus-Pre Viszla and Bo-Katan-versus-Almec is [chef’s kiss]. The slugfest between Rae Sloane and Norra Wexley at the end of Aftermath: Life Debt and the bouts in Maul: Lockdown are viscerally satisfying. And the fight between the Martez sisters and the Pykes’ dockworkers feels like it’s been plucked right out of Indiana Jones. I love the idea that Dex himself has his own experience in serving up knuckle sandwiches.

Disclaimer: Abigail Dillon is not a chef, and her recipes should be followed with a grain of salt. She claims she worked for Dexter Jettster, but if there’s a paycheck from the man, I haven’t seen it.

As mentioned above, this recipe takes flavors and recipes from the homemade potato sausage recipe in Ojakangas’ The Finnish Cookbook, creating a tasty and filling hash that can cover my breakfast needs for about a week.

I do have to warn you that the ingredient portions and prep time are going to perhaps be a little wonky because of how I put the hash together. In particular, I can’t purchase the ground meat in anything smaller than 2 lbs, so I tend to cook it all up and freeze most of it separately to use the following days. Take this extra time into account for prep if you decide to cook all the meat at once.

Fortunately, hashes tend to be rather forgiving and flexible dishes. Adjust amounts as you see fit for your own take. Leftovers can be reheated in a skillet.

A further delight of the “Besalisk’s Bellyful” Hash was getting to decide what was meant by “Ojomian” onions. Ojom is the name of Dex’s homeworld (and of my car), and therefore, these are sweet onions. Because Dex is a sweetie. Ojom was also described in Legends’ The New Essential Guide to Alien Species as a cold planet, which only further encouraged my Finnish comparisons. Comparisons that were about to come back and bite me in the butt.

It was a little eerie how neatly The Finnish Cookbook’s recipe for Aunt Lilja’s Liver Pancakes lined up with the “Dining at Dex’s” description of Nana Bagwa’s Liver & Onions. It all but strong-armed me into frying up this dish that started out looking like something out of Don’t Hug Me I’m Scared. [3]If you don’t know what this is referring to, please spare yourself and do not YouTube it. Nevertheless, I’m glad that this was one of the dishes I chose to cook.

This recipe comes from the family of one of our waitresses. Hermoine never liked it much as a child, but it’s one of her favorite meals today. You haven’t had mutant rat liver until you’ve tried it Nana Bagwa’s way!

According to the Attack of the Clones visual dictionary, Hermione Bagwa grew up in the underlevels of Coruscant, moving to the surface being an immense change for her. Yet she still was able to bring a little bit of home with her as she went.

There’s been a lot of new things that I’ve been learning about Finnish dishes both in my research and in my blood-spattered kitchen experiments, but there’s also that little lesson from Hermione that I wasn’t expecting to find along the way.

Perhaps I didn’t grow up drenched in the Finnish culture, but my childhood wasn’t any less rich for its lack. If anything, it increases the joy I have in the little bits of Finland that have been passed down, like the heat of a (properly pronounced) sauna or the buttery goodness of fresh kropsua.

As Nana Bagwa’s Liver & Onions is just Aunt Lilja’s Liver Pancakes, I don’t feel right just posting a recipe from The Finnish Cookbook. Also, while this may be a family favorite with Aunt Lilja, I cannot personally recommend this dish as something I enjoyed. Nevertheless, I would still like to leave you all with a pancake recipe.

Kropsua is not a meat patty masquerading as a pancake; it is an actual carbohydrate pancake. It’s a simple dish with simple ingredients, and the biggest difference is that you bake it in the oven instead of on the stove top. If you have leftovers, it reheats very well in the microwave, and it pairs well with pretty much any topping you’d have for a pancake or waffle, but especially jams dusted with powdered sugar.

This is the recipe that my parents use to this day. It’s a breakfast staple for large family gatherings like Christmas.

There are several other dishes that haven’t quite come to fruition, but I still gained lessons from them. I learned how to make both consommé and roux from my attempts at Apple Slug Stew. I learned that the traditional Finnish drink Sima is not as non-alcoholic as Ojakangas promised, as my kitchen started smelling like beer during my Jawa Juice efforts. Beyond the tangible skills, there were also several reckonings I found myself making over the course of my research, more private and personal discoveries about how my family tree affects me today and may affect our following generations.

I didn’t end up with the grand Dexter Jettster cookbook that my ambitions were hoping for, but in the end, it didn’t need to be a flashy conclusion. There didn’t need to be some grand “why” to do what I did. I pursued something that gave me joy in the midst of quarantine, and I learned about myself from it. That was enough.

Also, I finally figured out how to convince the website to let me write an entire piece about my perfectly healthy obsession with my fictional husband.

In this article, I mention the influence that my home state of Minnesota had on me. I invite you to help me influence her in return. Let’s transform Minnesota into a place where Black Lives Matter. If you are able, please donate to the Minneapolis NAACP, the Minnesota Freedom Fund, or the various organizations the Freedom Fund has listed on their home page. Thank you.

One thought to “Memories From the Menu of Dex’s Diner”