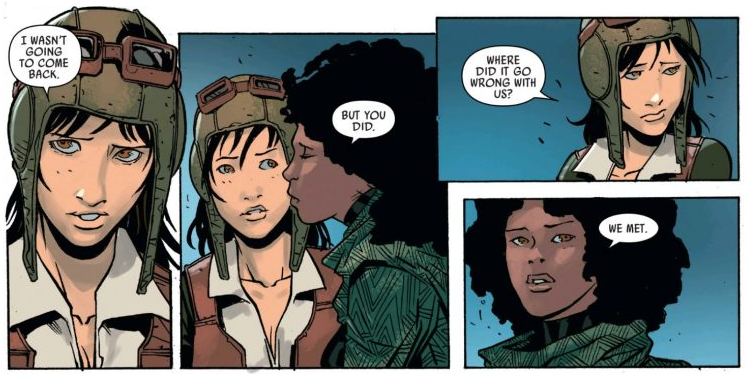 There’s a lot to be said for how quickly Star Wars went from no canonically queer characters to more than a handful. Considering that Star Wars had an Expanded Universe that carried on for over thirty years with barely a mention of gay characters, [1]Yes, I know about the married Mandalorian guys. the last few years have had a veritable boom of queerness. There was a point in the past where I could count the number of queer characters on one hand, but that’s not where we are anymore.

Except, when even unremarkable diversity is vehemently defended from all objections, the universe isn’t given a chance to grow in a better direction. We butt up against two main issues here: implicit representation—AKA author headcanon, or Word Of God—and just generally average writing that isn’t always given room to be criticized. (And I think it’s not exactly difficult to figure out which trilogy I might be talking about here.) END_OF_DOCUMENT_TOKEN_TO_BE_REPLACED