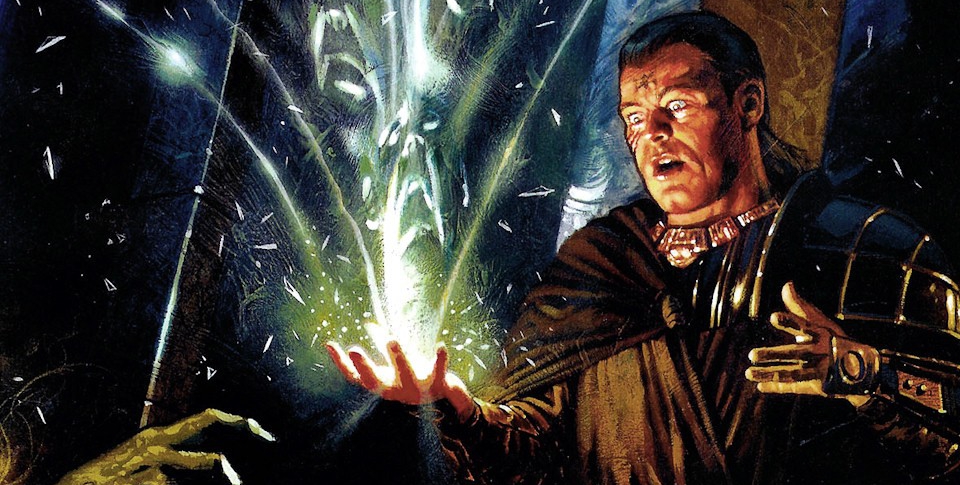 “There is no ignorance, there is knowledge.” — Jedi Code

But knowledge of what?  The cosmetic difference between Sith and Jedi, and between the Light and Dark sides of the Force, is emotional – are we raging or are we at peace?  Those emotional states are held to be so important because they are said to be conducive to broader goals – namely enforcing one’s will on the Force, or accepting the will of the Force.

The Sith seek power while the Jedi seek serenity, and considering the popularized Buddhist philosophies that influenced Lucas during their creation, it would seem reasonable to wonder if the Jedi focus on knowledge refers to self-knowledge.  Accepting this, however, requires a less than fundamentalist approach to our opening aphorism, and leaves us wondering about the scope of their attitudes to knowledge of other types. Is forbidden knowledge a feature of the Jedi worldview?  Is it troubling if it is?

The Sith seek power at any cost, and have always been portrayed as pursuing it academically as well as physically and spiritually.  Their mysticism is full of ancient texts, rituals, alchemies, biological experimentation and even history and record-keeping.  Contrast this with Jedi training that focuses far more on instinct, on reacting as an extension of the Force and its will, without the need for conscious thought, and the Jedi view of knowledge seems far more focused on transcendental intuition than on any externally verifiable framework.

“You must unlearn what you have learned.” — Yoda

If there is no ignorance because the Force provides all knowledge that is needed, that would indeed account for the large number of Jedi derailed by the dark, corrupting Sith temptations throughout the millennia. But this also makes the element of religious faith in a higher power – albeit one that is not actively sentient in the traditional manner of Gods – much less avoidable.  I don’t think that’s at odds with the notion of the Jedi as a monastic order, or with the way they’re portrayed in most Star Wars media, but I do think it’s something we’re not necessarily honest about.

Therefore, if I may present an emblematic case study: the Solo twins. 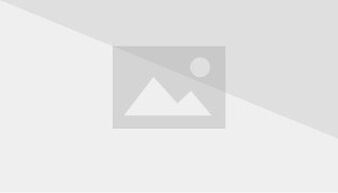 Jaina and Jacen were given a cursory characterization as young children as “the one who likes machines,” and “the one who likes animals”.  This flows fairly smoothly into a focus on piloting, mechanical engineering and the machinery of war on Jaina’s part, while Jacen’s focus on animals is shifted towards a focus on life and the Force itself.  However, it’s worth noting that even when Jaina was largely characterized through skilled technical ability, instead of contrasting this with a brother who just wanted to play with critters, her skills were instead equated with that same empathic, instinctive quality, rather than intellectual prowess.

By the time the twins were in their late-teens and the Yuuzhan Vong were invading in full force, Jaina had developed into a soldier and Jacen a philosopher.  Jaina’s attitudes to the role of Jedi in war was always pragmatic, integrating herself into the regular military structure, much as her uncle did during his teenage years.  Jacen, on the other hand, questioned so much he eventually became paralyzed by the amount he did not know and could not predict.

Which leads us to the novel, Traitor by Matthew Stover, which could serve as the underpinning to an entire essay on the Jedi, the Sith and their relationship to knowledge and morality, but here I hope will be illustrative of a more metatextual issue – the duality of its interpretation (Jacen’s salvation, or the cause of his ultimate fall) – perfectly illustrating Star Wars’ conflicting messages on the topics of knowledge, power and the ethics of surrendering to the will of the Force.

There are myriad ways to interpret Vergere’s teachings, but ultimately, we can reliably extract one message:  Choose, and act.

Measured against Jacen’s previous inability to choose because of his ethical concerns, it’s clear that what restores him to heroic action is a willingness to accept uncertainty and responsibility for actions even when he cannot predict their outcome.  He ceases his quest to know everything.

In Dark Journey by Elaine Cunningham, on the other hand, Jaina, finds no real answers in her would-be mentor, Kyp Durron.  The structure of authority fails her and she’s left boundaryless and angry.  It’s often criticized as a weak attempt to portray a fall to the dark side, but like her brother’s novel, I think it was never a tale of falling, it was about negotiating uncertainty and darkness.  She acquires a working knowledge of Vong technology and pioneers military tactics that revolutionize anti-Vong strategy, but acquires this information in a variety of questionable ways.

In the end, there is no grand moment of revelation, there is simply Jaina, deciding not to die, and deciding not to be angry any more.  There is no long period of ethical introspection over the ways in which she behaved previously.  Rather than a failing in the narrative, I think this can be viewed as an interesting parallel.  Like her brother, she learns, in the end, she can only choose, act, and live with what she has done, doing her best with it in the future.

There are strong messages about existing in the present, without allowing the past or possible futures to rule you.  You cannot fear the unknown, we are told, and when faced with it, action, not reflection, is presented as the best course.  It’s about how you deal with what you do not know, or cannot fix. Whether or not we blame an active plot on Vergere’s part, Jacen’s newfound confidence led him to his journey of external, rather than internal discovery.  He travelled the galaxy to learn new things and returned a master of every Force technique ever referenced in fiction.  He came back arrogant, and he came back dangerous.

Repeatedly between his return and his death, Jacen is characterized as certain that he knows better than his peers.  Jedi doctrine does not apply to him because he has studied more widely than any of its masters, and why shouldn’t he learn the ways of the Sith and apply that knowledge the way he applies all other knowledge?

Jaina, on the other hand, is repeatedly cast in storylines that sublimate her sense of self.  She loses herself in the kilik nest, rebuffs romantic entanglements (in contrast to the birth of her brother’s child) and even her own journey of forbidden knowledge – to Mandalore – becomes a story about shedding identity.  Beyond the obvious verbal assaults on her Jedi identity, the Mandalorians are a culture of berserkers who psychologically disconnect during battle rage.  The closest thing to a secret technique they have to offer revolves around the separation of identity and action, but as the end of the novel Revelation by Karen Traviss acknowledges, there is no hidden master style, no way to kill a Sith with a single blow.

Once again, Jaina’s journey is one of self-adjustment and internal discovery.  This time in tragic opposition to her brother’s voyage of foreign philosophy.

What’s striking, or perhaps disturbing, is the way she doesn’t dwell on guilt.  Loss and pain, certainly, but it’s her uncle who’s shown as crippled by self-doubt and questions of culpability.  It’s her uncle who wants to know what happened to Jacen, while Jaina simply knows she has to kill him.  It’s her uncle whose role in Invincible is Force sorcery to keep Jacen’s visions at bay – a battle of mages in contrast to Jaina’s shining, truthful knight.  Luke is aging, weary, an almost visual echo of Palpatine to Jacen’s Vader.  He orders his niece to abandon survivors on Nickel One and she refuses. 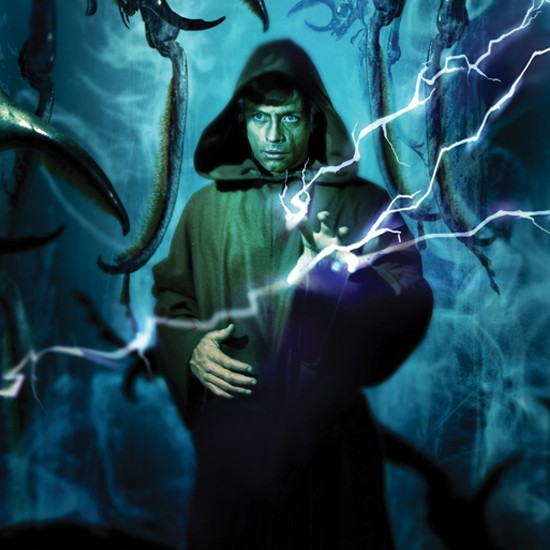 Jaina may be plagued by sorrow, but not self-doubt.  Luke is the one who questions and doubts – haggard and old, wondering if he is tainted with darkness and narratively, playing defense to Jacen’s arcane Force powers, exotic, extensive knowledge once again shown as threatening; inferior to a gut instinct about what’s right, or failing that, what must be done. Even after Jacen’s death, it’s Luke who is plagued by questions about why he had to die.  Jaina simply knows she had to kill him.

Is she accepting uncertainty, or is she embracing ignorance?

“Many of the truths we cling to depend greatly on our own point of view,” — Obi-Wan Kenobi

Step into a wider world

Luke blew up the death star to save many people from horrible deaths.  The story doesn’t focus much on the personnel that were on board, or the innocents who may well have faced brutal reprisals in the face of such an embarrassing loss.  Not because these things would have made his actions wrong, but because they would drastically shift the heroic tone.

Ignorance is a matter of perspective, and it is often the things we do not know that allow us the comfort of simple choices and clear enemies.

This is not intended as a supportive or derogatory statement.  The movies show us an Old Republic collapsing under its own weight, and the Expanded Universe tells us the Vaderlike story of the New Republic ‘s journey from heroism to failure.  The Luke who walks into A New Hope is not the Luke who leaves Return of the Jedi.  I think it’s an honest comment on the human condition and one worthy of examination by one of our most resonant contemporary mythologies.

But it does occur to me that criticisms leveled at the Jedi are almost always structural in nature, revolving around their role in wider galactic society, never philosophical.  Even the changes instituted by Luke at the conclusion of the Vong war were almost immediately repudiated.

I’d never want to see a Star Wars trilogy that didn’t touch on the themes of heroism, sacrifice, and the nature of villainy, but the Jedi Order most of us imagined based on Ben Kenobi, out in the wastes, wasn’t much like the Order Lucas eventually gave us.  While I don’t expect it, wouldn’t it be wonderful to see something new and unexpected become of Luke’s Order in these new movies?

To see a story where questioning tradition leads to revelation rather than moral compromise?

A story where a crisis of faith didn’t mean a fall from grace?

3 thoughts to “Forbidden Knowledge: Question Everything Except the Force”