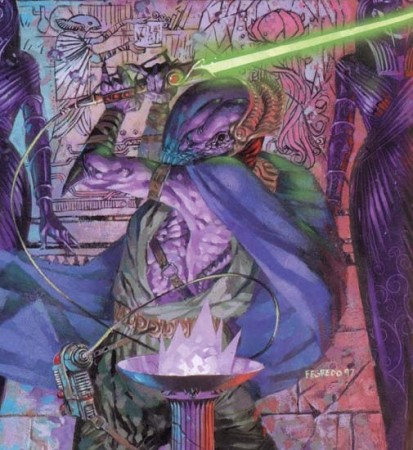 When I’m explaining this site to people, one of the most important points I have to make is that the tone is intended as Expanded Universe-conversant, without being totally mired in thirty years of miscellaneous continuity. A lot of people still speak in hushed tones of the great Canon Wars, wherein the “everything counts” people waged a holy crusade against the “only the films count” people that rivaled the Galactic Civil War itself, but in my experience, for every Star Wars fan I know who’s actively opposed to the EU, there are five to ten who are at least dimly aware of it, and consider it more or less a valid enterprise; it just isn’t their thing.

Now that the sequels are coming and Lucasfilm is making noise about using at least assorted bits and pieces of the EU in their big-screen storytelling, I want Eleven-ThirtyEight to be as much of a resource for those people as it is for hardcore EU fans—somewhere they can go to get a sense of context as the Sequel Trilogy unfolds without needing an encyclopedic knowledge to gain entry.

If I’m honest, we haven’t quite gotten to that point yet; there’s so little known about Episode VII right now that there’s not much to be said about it beyond “hey, wouldn’t it be cool if they took this or that from the books”. So in the interest of reaching out to those casual fans out there, who have heard of Grand Admiral Thrawn and maybe even read Dark Lord or Shadows of the Empire but otherwise haven’t been paying that much attention, I reached out to Pearlann Porter, a good friend of my own who’s every bit the SW fan I am, but doesn’t know a Houk from a Hoojib, and asked her to provide me with any burning questions she might have about things the films never explained. So without further ado, I give you Volume I of The Expanded Universe Explains.

1. Who figured out lightsabers? And how?

There’s no one established “Eureka!” moment in the history of lightsabers, but there are a few interesting pit stops on the way to what you see in the films. The earliest Jedi, called “Je’daii” because history, actually used regular swords that had been strengthened with the Force—experts could actually enhance the molecular bonds of the metal to make a blade more resilient, as well as imbue it with Force energy, which sounds important but doesn’t really mean anything quantifiable.

The first true lightsaber, actually known as a forcesaber at the time, was a fair bit larger and more unwieldy than a modern lightsaber—think Zack Morris’ cell phone. It, like hyperdrive, was technology developed by an ancient species called the Rakata, who had actually enslaved many humans of the time. Not many specifics of their technology have been given, but one common thread is that it’s all very closely tied into alchemical manipulation of the Force itself, so it’s possible that without the Force nobody would ever have figured it out—or hyperspace, for that matter.

Once the Je’daii got their hands on a forcesaber (around 25 thousand years before the movies), they were able to reverse-engineer it to a certain extent, but the results were so impractical and consumed so much power that they were more of a ceremonial curiosity than a real battlefield weapon. They kept plugging away at it, though, and by seven thousand years before the movies (around the time the modern Sith first showed up), lightsabers were simplified enough that they could be used in battle provided you carried a power pack on your belt and kept it connected by a cord—which probably limited the acrobatics a good bit.

Those ancient Sith Lords, actually, were likely the first ones to get the power source small enough to fit inside the hilt, as they’re the earliest ones seen using what could be considered “modern” lightsabers—though that didn’t stop a lot of people from making them ornamental and overwrought, because Sith are stylish like that.

One last thing—it should be noted that a lightsaber blade isn’t actually a beam of light, nor does it “stop” at the end. The blade is actually focused plasma energy that is expelled out of the hilt for a certain distance only to pull a sudden 180 and arc back into the hilt again. If you could zoom in on the tip enough, it might look something like this.

Further reading: The Jedi Path, Jedi vs. Sith: The Essential Guide to the Force

2. Have other galaxies ever been addressed?

Technically, the main galaxy has two satellites, known as Companion Aurek and Companion Besh (Aand B in the SW alphabet). The former is the “Rishi Maze” Dexter Jettster mentions in Attack of the Clones, and the latter, awesomely known to its natives as “Firefist”, is home to the Nagai and the Tof, two species who notably invaded the main galaxy shortly after the Battle of Endor.

Last but not least, the epic nineteen-book series The New Jedi Order tells of another extragalactic invasion by the Yuuzhan Vong, whose forces made the Nagai and Tof look like chumps. The Vong are understood to have more or less wiped out all other civilization in their home galaxy, an act that resulted in their being stripped of the Force, which is another conversation entirely. It’s speculated that among the Vong’s ancestral enemies were two mechanical “species”, the Silentium and the Abominor, and that is what led to the Vong religion seeing all mechanical technology as sacreligious. Luckily, they’d already figured out how to make biological spaceships before coming to that decision. No one knows quite how far away their home galaxy is, but they’re said to have traveled through the void for millennia before arriving in the GFFA.

3. How did Palpatine fall to the Dark Side? 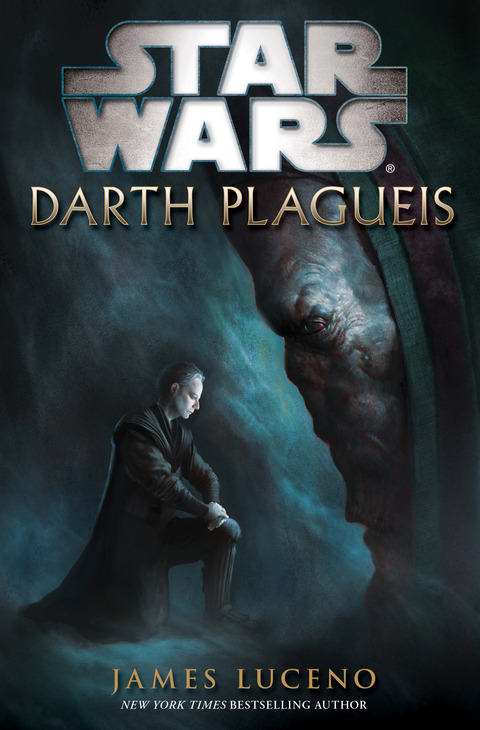 One thing to note here is that only Jedi can really “fall” to the Dark Side. Palpatine was a teenager when Plagueis met him, but well on his way to being a certifiable piece of shit on his own terms—he had a taste for racing much like Anakin did, and was not above looking into forbidden Sith lore wherever he could find it. He’d figured out on his own, you see, that he was strong in the Force, and even at that young age had known enough to hide this power from others. Who knows what would have happened if the Jedi had stumbled upon him as a baby.

Anyway, Palpatine’s family was pretty significant by Naboo standards, but it was never enough for his own ambitions, and eventually he even gave up his given name to spite his not-sufficiently-ambitious father and chose to go only by “Palpatine” from then on. When Plagueis, whose ongoing plans happened to involve Naboo’s monarchical politics, caught on to Palpatine’s subtle manipulation of his father’s dealings (I know this sounds like boring-ass Phantom Menace “taxation of trade routes”-type stuff, but Luceno is awesome at it and this is the book that makes the entire Prequel Trilogy make sense), he approached the seventeen-year-old as his true self and offered to teach him the ways of real power. Palpatine promptly and efficiently murdered his entire family so there’d be no loose ends, and the rest was history.

Stay tuned for Volume II, where I’ll get into the origin of the Millennium Falcon and whether Jedi are allowed to use the Force for anything other than, well, Jedi-ing. If you’d like to submit a question of your own you can do so by commenting on this post or e-mailing me at the address in my site bio.

2 thoughts to “The Expanded Universe Explains, Vol. I”